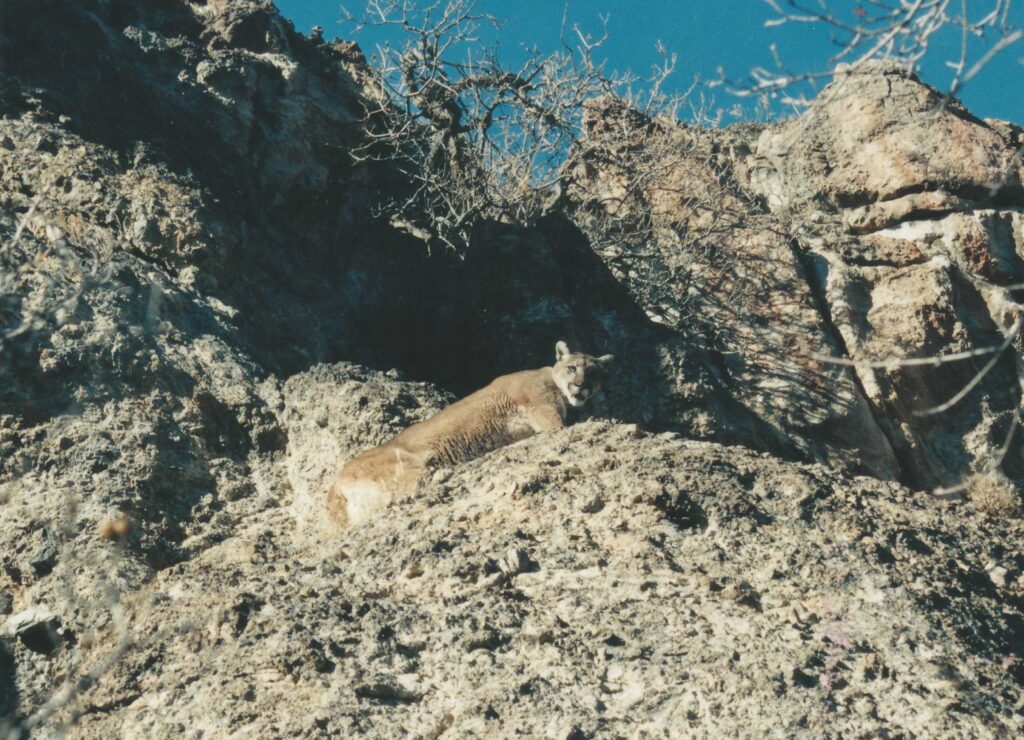 A new study provides strong evidence that exposure to light pollution alters predator-prey dynamics between mule deer and cougars across the intermountain West, a rapidly growing region where nighttime skyglow is an increasing environmental disturbance.

The University of Michigan-led study, published online Oct. 18 in the journal Ecography, is the first to assess the impacts of light pollution on predator-prey interactions at a regional scale. It combines satellite-derived estimates of artificial nighttime lights with GPS location data from hundreds of radio-collared mule deer and cougars across the intermountain West.

The study found that:

The animal data used in the study were collected by state and federal wildlife agencies across the region. Collation of those records by the study authors yielded what is believed to be the largest dataset on interactions between cougars and mule deer, two of the most ecologically and economically important large-mammal species in the West.

“Our findings illuminate some of the ways that changes in land use are creating a brighter world that impacts the biology and ecology of highly mobile mammalian species, including an apex carnivore,” said study lead author Mark Ditmer, formerly a postdoctoral researcher at the University of Michigan School for Environment and Sustainability, now at Colorado State University.

The intermountain West spans nearly 400,000 square miles and is an ideal place to assess how varying light-pollution exposures influence the behavior of mule deer and cougars and their predator-prey dynamics. Both species are widely distributed throughout the region—the mule deer is the cougar’s primary prey species—and the region presents a wide range of nighttime lighting conditions. 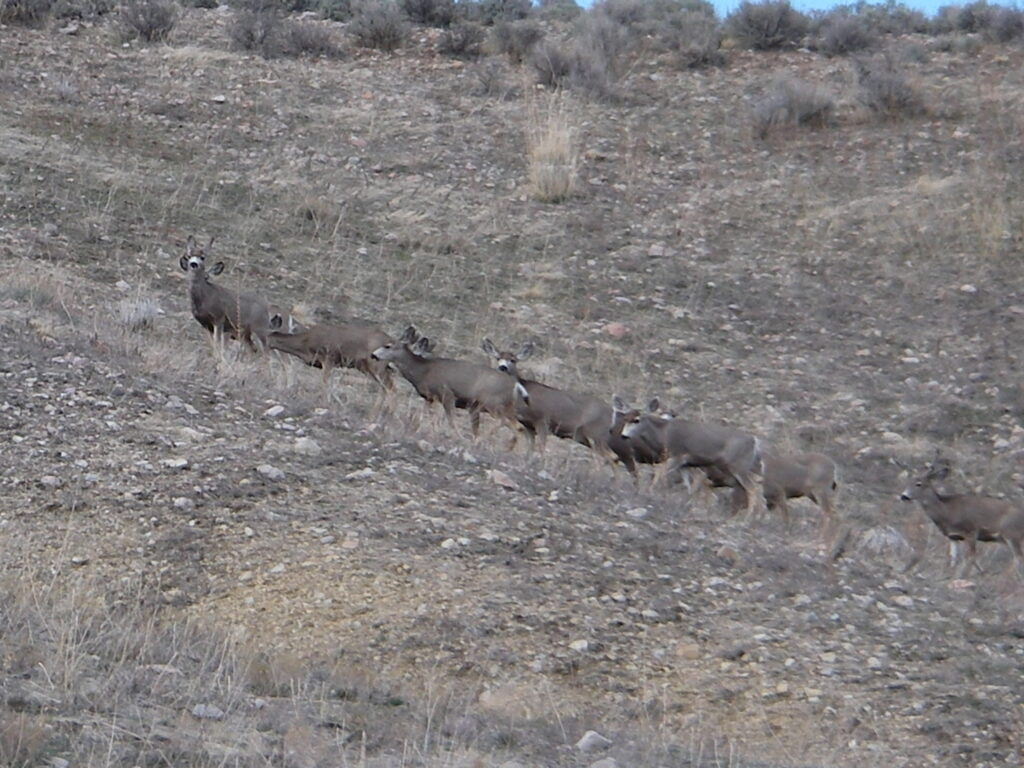 The intermountain West is home to some of the darkest night skies in the continental United States, as well as some of the fastest-growing metropolitan areas, including Las Vegas and Salt Lake City. Between the dark wildlands and the brightly illuminated cities is the wildland-urban interface, the rapidly expanding zone where homes and associated structures are built within forests and other types of undeveloped wildland vegetation.

“This paper represents a massive undertaking, and to our knowledge this dataset is the largest ever compiled for these two species,” said study senior author Neil Carter, a conservation ecologist at the U-M School for Environment and Sustainability.

Deer in the arid West are attracted to the greenery in the backyards and parks of the wildland-urban interface. Predators follow them there, despite increased nighttime light levels that they would normally shun. Going into the study, the researchers suspected that light pollution within the wildland-urban interface could alter cougar-mule deer interactions in one of two ways.

Perhaps artificial nighttime light would create a shield that protects deer from predators and allows them to forage freely. Alternatively, cougars might exploit elevated deer densities within the wildland-urban interface, feasting on easy prey inside what scientists call an ecological trap.

Data from the study provides support for both the predator shield and ecological trap hypotheses, according to the researchers. At certain times and locations within the wildland-urban interface, there is simply too much artificial light and/or human activity for cougars, creating a protective shield for deer. 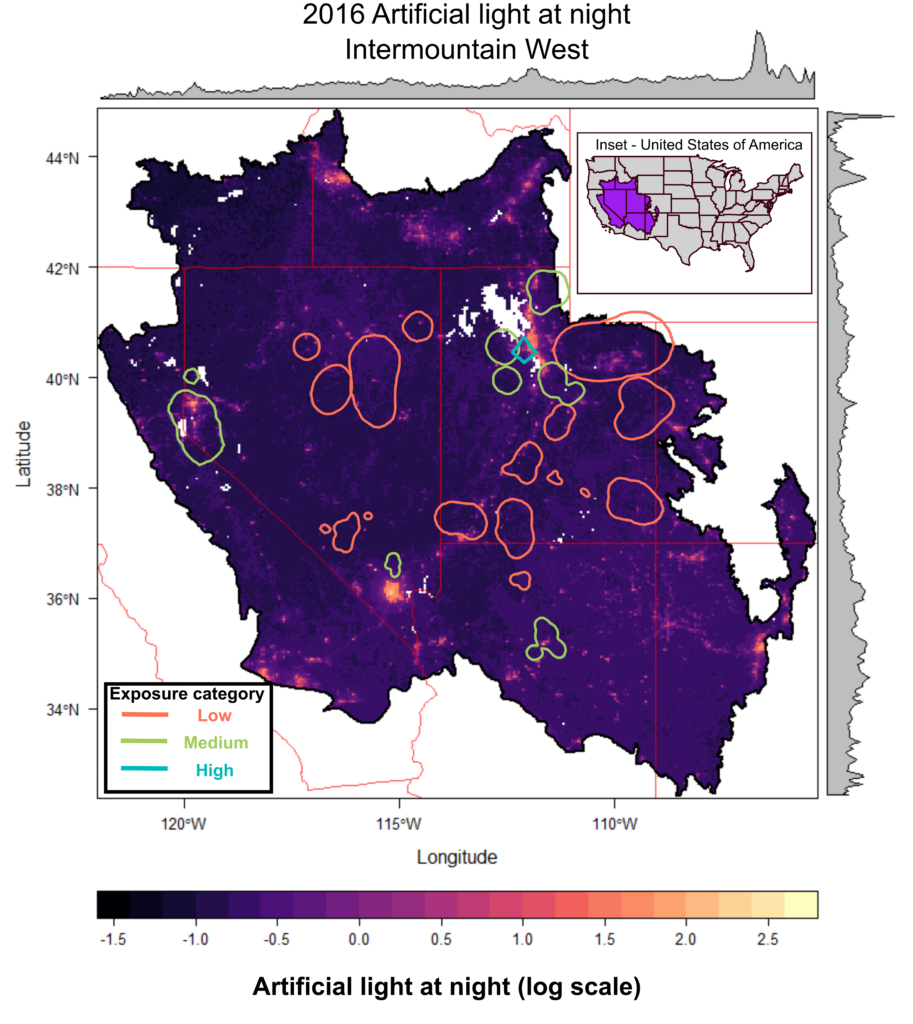 An ecological trap occurs when an animal is misled, or trapped, into settling for apparently attractive but in fact low-quality habitat. In this particular case, mule deer are drawn to the greenery of the wildland-urban interface and may mistakenly perceive that the enhanced nighttime lighting creates a predator-free zone.

But the cougars are able to successfully hunt within the wildland-urban interface by carefully selecting the darkest spots on the landscape to make their kill, according to the study. In contrast, cougars living in dark wildland locations hunt in places where nighttime light levels are slightly higher than the surroundings, the researchers found.

“The intermountain West is the fastest-growing region of the U.S., and we anticipate that night light levels will dramatically increase in magnitude and across space,” said U-M’s Carter. “These elevated levels of night light are likely to fundamentally alter a predator-prey system of ecological and management significance—both species are hunted extensively in this region and are economically and culturally important.”