Live and Learn: Most GenXers are continuing their education 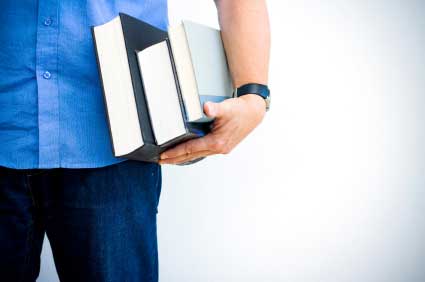 ANN ARBOR—More than one in every 10 members of Generation X are enrolled in classes to continue their formal educations, according to a new University of Michigan study.

“This is an impressive level of engagement in lifelong learning,” said Jon D. Miller, author of the latest issue of The Generation X Report. “It reflects the changing realities of a global economy, driven by science and technology.”

The findings show that 1.8 million young adults are studying to earn associate degrees, 1.7 million are seeking bachelor degrees and nearly 2 million are taking courses to earn advanced degrees at the master’s, doctoral or professional level.

Miller directs the Longitudinal Study of American Youth at the U-M Institute for Social Research. The study has been funded by the National Science Foundation since 1986, and the current report includes responses from about 3,900 study participants who are in their late 30s.

According to Miller, slightly more than 40 percent of GenXers have earned a bachelor’s or higher degree, with those living in cities or suburbs more likely to have a degree than those living in small towns or rural areas.

“We found that Generation X adults use a mix of information sources, including traditional print and electronic media, as well as the Internet and social media,” Miller said. “But for all three issues we examined, we found that talking with friends and family was cited as a source of information more frequently than traditional news media.

“While a high proportion of young adults are continuing their formal education, reflecting the changing demands of a global economy, many are also using the full resources of their personal networks and the electronic era to keep up with information on emerging issues.”