Living in the moment: U-M art professor works to shatter the stigma that comes with memory loss

ANN ARBOR—For more than 15 years, Anne Mondro, an associate professor at the University of Michigan Stamps School of Art & Design, has been creating and facilitating art programs for people living with dementia in Michigan. 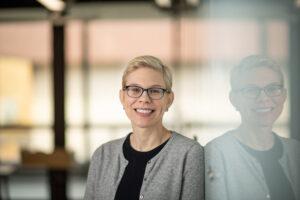 According to the Michigan Department of Health and Human Services, Michigan is currently home to 240,000 individuals with Alzheimer’s dementia—a term used to describe those in the dementia stage of the continuum. This number is expected to increase as the baby boom generation continues to age.

A crisis on a global scale, the disease also comes with a set of deep societal stigmatizations—myths that Mondro has been working to change in order to encourage quality of life, care and dignity for people living with memory loss.

After years of partnering with the U-M Geriatric Center & Institute of Gerontology Silver Club on various projects, in 2014 Mondro decided to share her training with students in the form of a course titled Memory, Aging & Expressive Arts. The class pairs Stamps students with local community members living with memory loss to work together to build a vision around a creative concept, execute that concept together and exhibit their work at the end of the term.

Her most recent class brought students to Brecon Village in Saline, Michigan, where EHM Senior Solutions partnered with her to offer a 10-week-long program on Fridays during the winter semester. 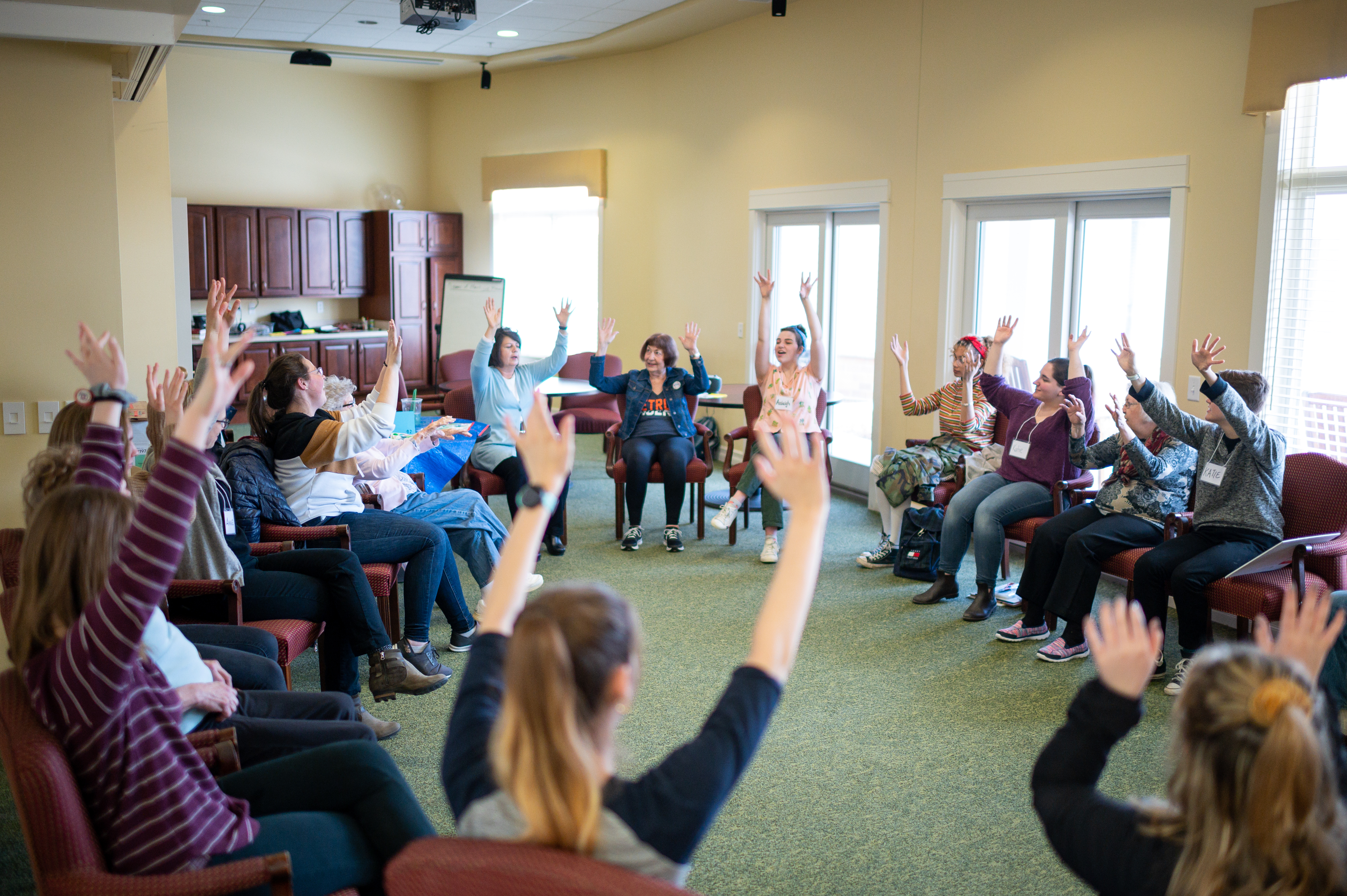 For the first half of the class, students and program participants were introduced to various forms of expressive art practices led by professionals in the field, including artmaking, storytelling, music and movement. The last half of the class prompted students to create and facilitate an idea for a project, based on the specific needs, abilities and interests of the participants that they were partnered with. 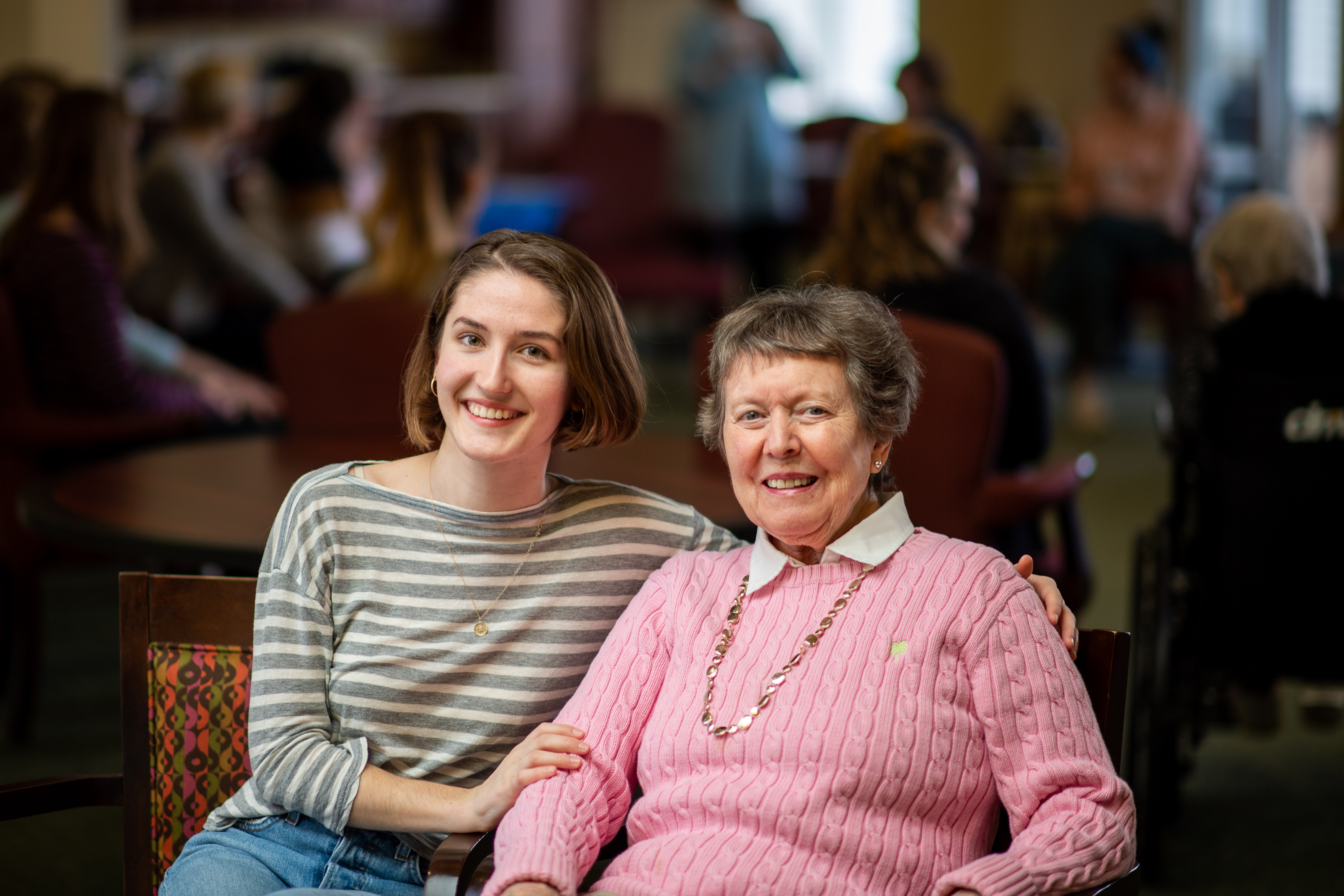 Cass Carpenter, a May 2019 Stamps graduate, had many conversations with her partner before settling on a final project.

“She talked a lot about spring—apparently she was an avid gardener when she was younger, so I put together a project where we’re painting flowers and other spring scenes,” she said. “I’m really making sure that she gets to make all of the decisions and does a majority of the work, and I’m making sure that we’re set up to be able to be proud of our project and finish it on time.”

“I took this class, in part, to learn a little bit more about my grandfather, who is living with Alzheimer’s,” said Ansleigh Hamilton, a junior in the Stamps School, who worked on a music-based songwriting project with her partner. “What I learned is that the social aspect of the making is just as important as the act of making itself. Taking time with my partner to work toward a common goal inspires how I might approach a relationship with my grandfather in the future.” 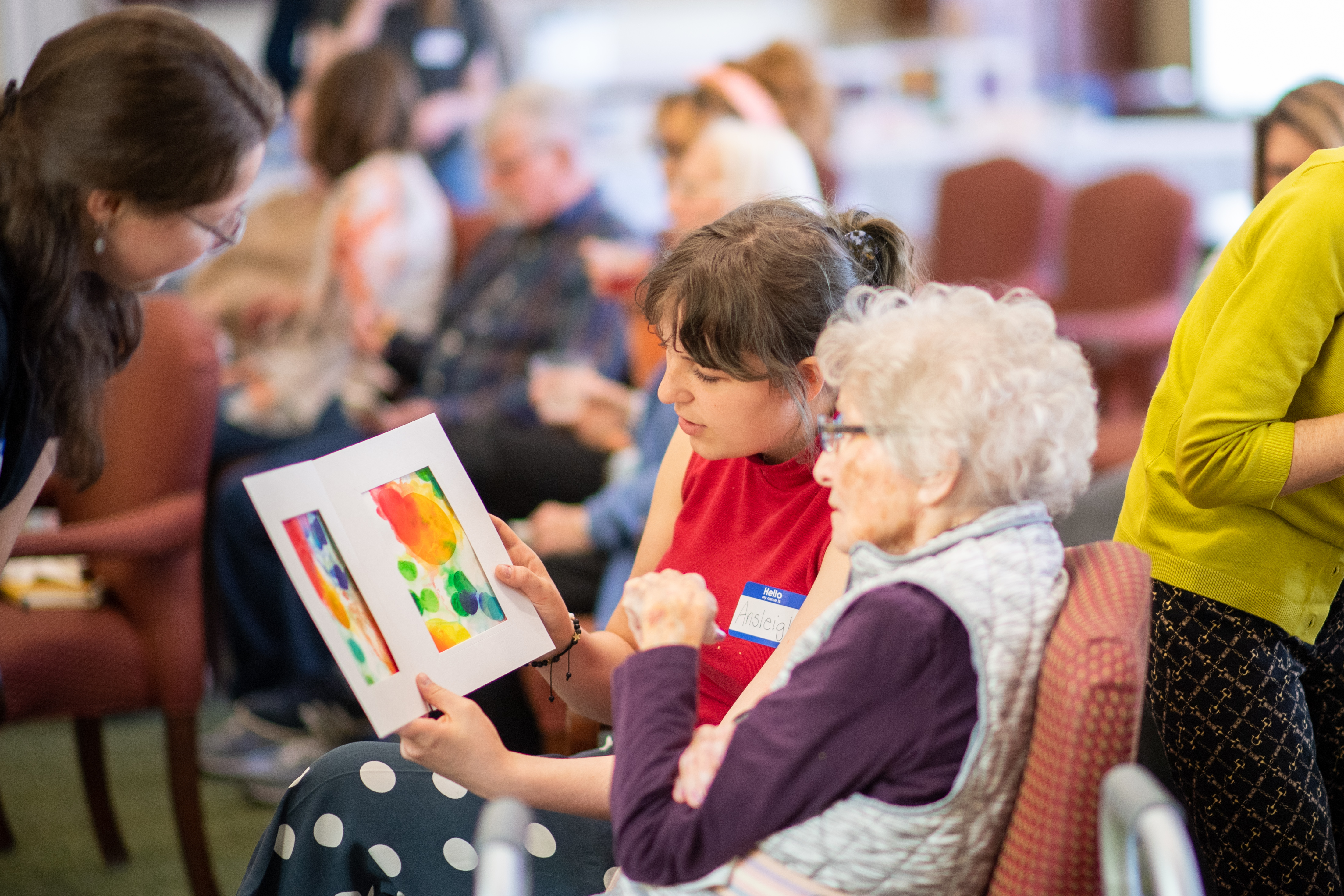 “When I started out working with this community, the best advice I was given was this: when you meet one person with memory loss, you’ve met one person,” she said. “You have to get to know the individual and meet them wherever they’re at.”

Mondro asserts that it’s important for individuals with memory loss to participate in activities that help them sustain their citizenship in joyful, meaningful ways: gardening, going for a walk, listening to music, making art.

“We focus on creating experiences that embrace being in the moment,” she said. “Just because someone has memory loss doesn’t mean that you can’t enjoy life—that’s what really matters. That’s what we teach in this class.”