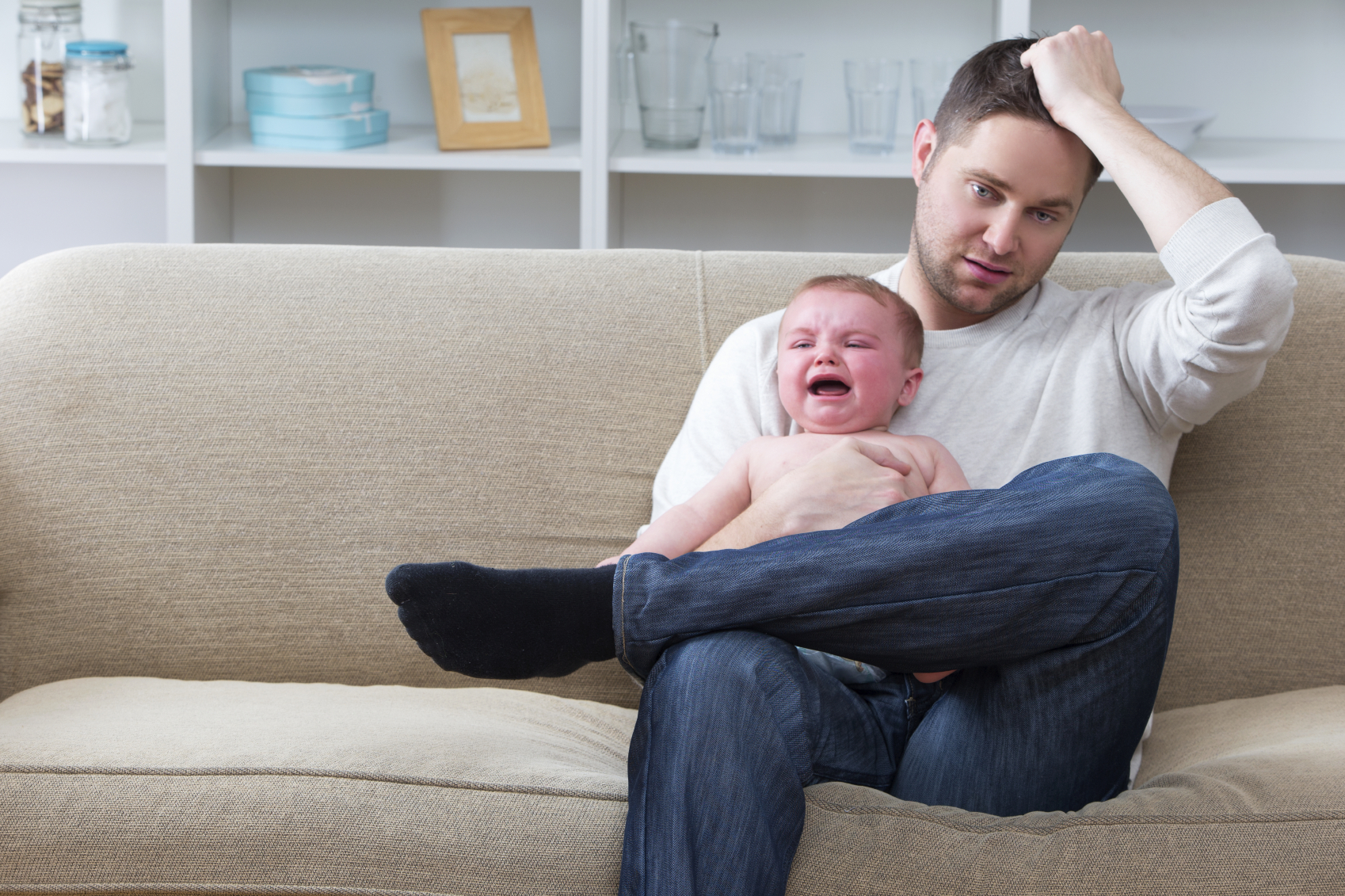 ANN ARBOR—As they age, men often get concerned about their testosterone levels dropping. And rightfully so—it affects their sex drive and other health factors.

But the hormone decline can also provide a window into men’s parenting.

A new University of Michigan study found that when men saw their infants in distress, it lowered their testosterone. That factor, as well as being empathetic and having a loving relationship with the infant’s mother, predicted whether they were nurturing fathers.

Previous research about fathers and testosterone has only looked at the play interactions between parent and child, which rarely elicits significant changes in testosterone.

“A better trigger assessment is their own baby crying,” said Patty Kuo, the study’s first author and U-M psychology doctoral student. “For parents, infant cries are strong stimuli and can often elicit multiple types of emotional responses, including empathy, annoyance or aggravation.”

The data involved 175 men whose spouse/partner was pregnant with their second child. Hormone tests (saliva samples) were collected during a laboratory visit to assess the father-infant interaction.

The father-infant groups participated in a videotaped activity in which the child was separated from the father for a short period and then later reunited. Infants often became visibly upset during the procedure, searching for the father during separations and seeking comfort from him upon the reunions.

Kuo believes that when watching their distressed infant, fathers’ empathy for their infants and the declining testosterone level shape how they respond. For example, if fathers interpret infant crying as a means of communicating distress and, therefore, empathize with the infant, some men will experience a decline in testosterone. This, in turn, facilitates a nurturing response, the researchers said.

Alternatively, when fathers interpret their infant’s crying as aggravating and feel they are unable to comfort the infant, they may experience increases in testosterone, which facilitates an intrusive or negative response to the infant.

To measure parental behaviors, fathers and infants completed a second task where they were presented with three toys in separate boxes, each with an instruction card. Fathers were asked to teach the infant to hit each key on a xylophone with a mallet, push all of the levers on an activity box and hit the shapes on a toy turtle’s back. Fathers were given five minutes for each toy.

Only during the separation from the infants did men’s testosterone levels change, not in the interaction task, most likely because the men comforted and soothed their infants during the reunions, researchers said.

The study also indicated fathers behaved differently based on the infant’s gender. Specifically, fathers of daughters were more sensitive than fathers of boys.

“We are not arguing that universal declines in testosterone will always be associated with ‘good fathering,'” said co-author Brenda Volling, lead investigator of the study, professor of psychology and director of the Center for Human Growth and Development.

“Perhaps increases in men’s testosterone may be necessary to protect the infant from harm in some situations. We are just beginning to understand the complex relations between men’s hormones and fathering.”

The findings appear in the current issue of Developmental Psychobiology.