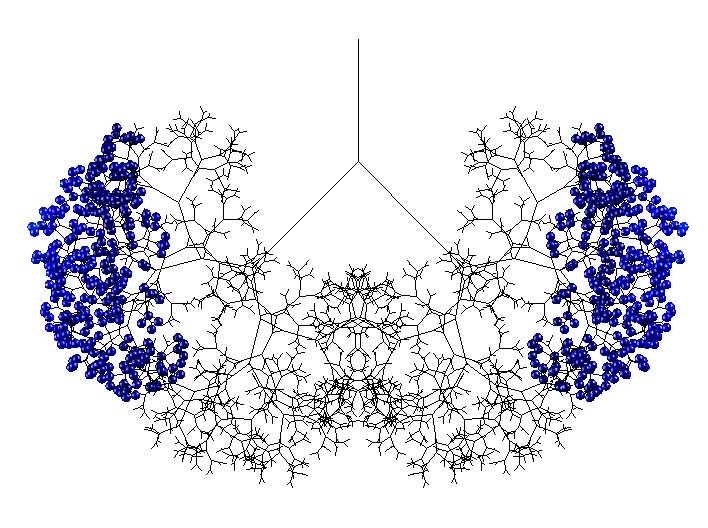 Researchers at the University of Michigan and Ecole Polytechnique in France are using the new technology to uncover why a treatment that saves the lives of premature babies has been largely unsuccessful in adults.

Acute respiratory distress syndrome, or ARDS, is a life-threatening inflammation of the respiratory system that kills 74,000 adults each year in the United States alone. It’s most common among patients with lung injury or sepsis, a whole-body inflammation caused by infection.The treatment, called surfactant replacement therapy, delivers a liquid medication into the lungs that makes it easier for them to inflate. It’s widely used to treat a similar condition in premature babies, who sometimes lack the surfactant necessary to expand their lungs.

The treatment has contributed to a dramatic reduction in mortality rates of premature babies. But attempts to use it in adults have been largely unsuccessful despite nearly two decades of research.

“The medication needs to work its way from the trachea to tiny air sacs deep inside the lungs to be effective,” said James Grotberg, the leader of the team that developed the technology. Grotberg is a professor of biomedical engineering in the U-M College of Engineering and a professor of surgery at the U-M Medical School. A paper on the findings will be published the week of July 13 in Proceedings of the National Academy of Sciences. “This therapy is relatively straightforward in babies but more complex in adults, mostly because adult lungs are much bigger.”

A 1997 clinical study that administered the treatment to adults showed promise, cutting the mortality rate among those who received the medication from 40 percent to 20 percent. But two larger studies in 2004 and 2011 showed no improvement in mortality. As a result, the treatment is not used on adults today.

“Everyone walked away from this therapy after the 2011 study failed,” Grotberg said. “Adult surfactant replacement therapy has been a great disappointment and puzzlement to the community ever since. But now, we think we’ve discovered why the later studies didn’t improve mortality.”

Grotberg’s team brought an engineering perspective to the puzzle, building a mathematical computer model that provided a three-dimensional image of exactly how the surfactant medication flowed through the lungs of patients in all three trials. When the simulations were complete, the team quickly saw one detail that set the successful 1997 study apart: a less concentrated version of the medication.

“The medication used in the 1997 study delivered the same dose of medication as the later studies, but it was dissolved in up to four times more liquid,” Grotberg said. “The computer simulations showed that this additional liquid helped the medication reach the tiny air sacs in the lungs. So a possible route for success is to go back to the larger volumes used in the successful 1997 study.” 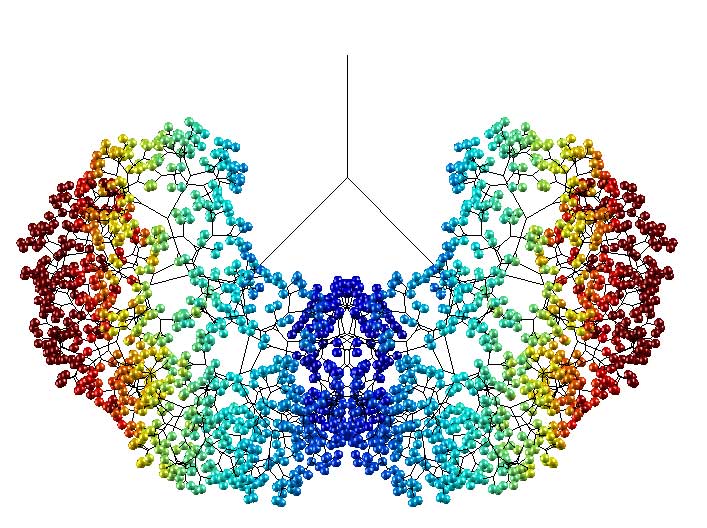 The U-M team’s computer model, shown here, projects the amount of surfactant medication delivered to an adult human lung using 280 milliliters of liquid, the same amount used in the successful 1997 surfactant replacement therapy studies. The colored bubbles represent the surfactant medication; red areas receive the most medication, while blue areas receive less. Image credit: James Grotberg, U-M EngineeringThe simulations showed that the thickness, or viscosity, of the liquid matters too. This is a critical variable, since different types of surfactant medication can be manufactured with different viscosities. The team believes that doctors may be able to use the modeling technology to optimize the medication for individual patients. They could run personalized simulations of individual patients’ lungs, then alter variables like volume, viscosity, patient position and flow rate of the medication to account for different lung sizes and medical conditions.

“We created this model to be simple, so that it can provide results quickly without the need for specialized equipment,” said Cheng-Feng Tai, a former postdoctoral student in Grotberg’s lab who wrote the initial code for the model. “A physician could run it on a standard desktop PC to create a customized simulation for a critically ill patient in about an hour.”

Grotberg says the modeling technology could be used in other types of research as well, including more precise targeting of other medications in the lungs and projecting results from animal research to humans.