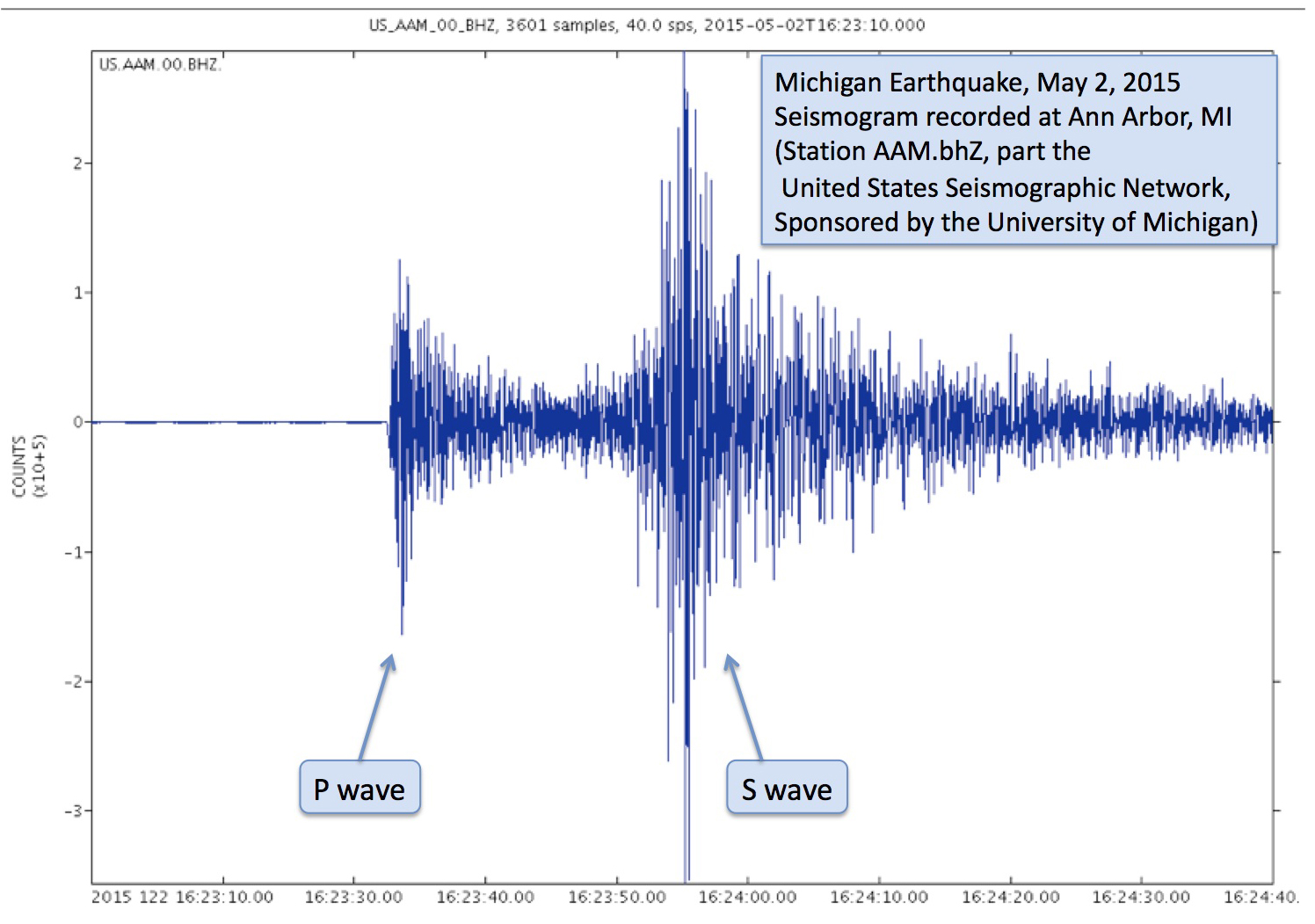 U-M has several experts from the Department of Earth and Environmental Sciences available today to discuss the seismic event. They are:

Larry Ruff, a seismologist. Ruff said today’s quake, at 12:23 p.m. ET and 9 miles southeast of Kalamazoo, near the town of Galesburg, was the largest quake with an epicenter in Michigan since a magnitude-4.6 earthquake near the town of Coldwater on Aug. 10, 1947. The Coldwater quake was the largest Michigan earthquake in records dating back about a century. The last significant earthquake in Michigan was a magnitude-3.5 event that occurred on Sept. 2, 1994, southwest of Lansing.

“We feel a lot of relatively small earthquakes in the state, but most of them occur to the south of Michigan,” Ruff said. “So to have an earthquake of this magnitude with the epicenter in Michigan is very unusual.”

The distance between the 1947 Coldwater earthquake and today’s quake near Galesburg is less than 50 miles, and Ruff said he will try to determine if they are related. “I think it could be significant that they are so close, but we just don’t know yet.”

Ruff said there are no active hydraulically fractured gas or oil wells near today’s earthquake.

Eric Hetland, a geophysicist. He said earthquakes in Michigan are fairly rare “but not completely unexpected or surprising.” Preliminary indications are that today’s event was a strike-slip earthquake, meaning that it involved lateral motion across the fault, Hetland said.

“Earthquakes in the central U.S. tend to be felt far from the epicenter of the earthquake,” Hetland said. “In comparison, it would be unlikely for people to have felt a similar-sized earthquake in California at distances that today’s earthquake was felt.”

Ben van der Pluijm, an earthquake geologist. He said today’s earthquake likely occurred in “basement” rocks that are more than 1.4 billion years old. Those ancient rocks are covered by younger rocks (250 million to 450 million years old) that make up the Michigan Basin.

“There are mapped and unmapped faults in these basement and basin rocks, and they can be activated by modern stresses, which is reflected by today’s earthquake activity,” van der Pluijm said. Earthquakes like the one that occurred today in Michigan are unlike the plate-boundary earthquake that occurred recently in Nepal, he said. Earthquakes like today’s event are called within-plate earthquakes and shake the region regularly with little or no damage.