Many U.S. families are underwater with debts 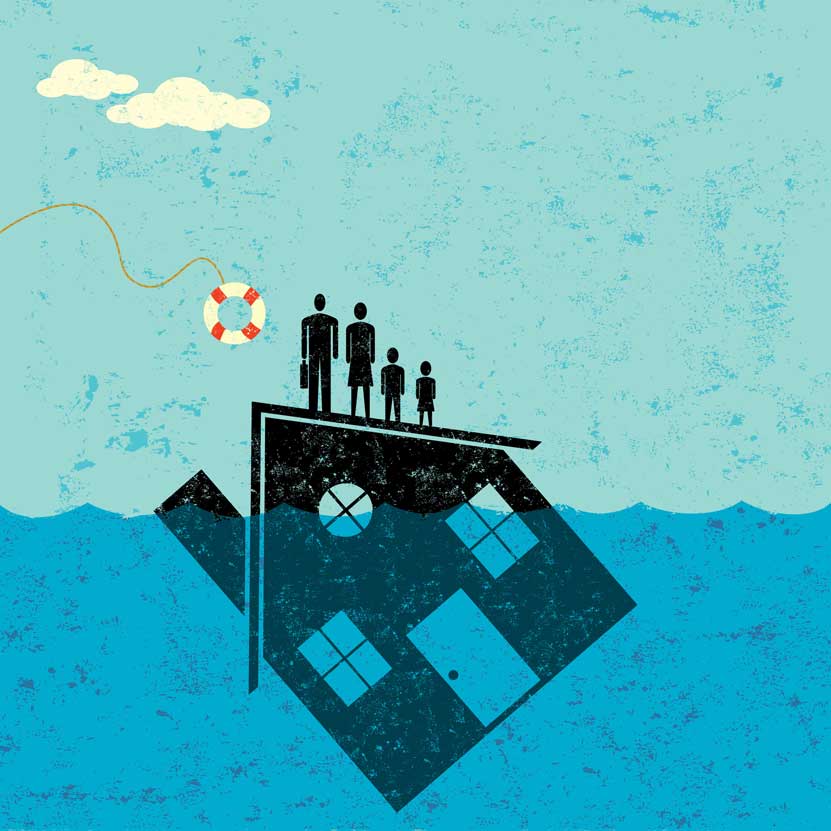 ANN ARBOR—As the country emerges from the Great Recession, a substantial number of U.S. families are underwater—and not just with their mortgages.

According to a new University of Michigan report, about one out of every five U.S. households owe more on credit cards, medical bills, student loans and other noncollateralized debts than they have in savings and other liquid assets.

The report also predicts continuing trouble ahead for home mortgages, with 1.7 percent of families surveyed in 2011 saying that it is “very or somewhat likely” that they will fall behind on their mortgage payments in the near future. This represents an improvement from 2009, however, when 1.9 percent of families had such expectations.

“Our data suggest that the mortgage crisis will continue for the next few years, although a somewhat smaller share of families will experience mortgage distress,” said Frank Stafford, an economist at the U-M Institute for Social Research (ISR) and co-author of the report with U-M researchers Bing Chen and Robert Schoeni.

“And even though average savings levels have gone up since 2008, our data show that there has been no improvement in financial liquidity between 2009 and 2011, except among families with more than $50,000 in savings and other liquid assets.”

The report is based on an analysis of home ownership, mortgage and other debt, and financial resources among the same 8,121 families interviewed before and after the economic downturn. The families were interviewed as part of the ISR Panel Study of Income Dynamics, the longest running longitudinal household survey in the world.

Among the key findings:

“Some families have not been able to make substantial headway,” Stafford said. “Even if they’re not underwater with their mortgages, they are struggling to save money and reduce their debts.”

“In Fisher’s ‘Debt Deflation Theory of Great Depressions,’ he predicted that when people are optimistic about a broad investment category, as they were before the Great Depression and now in the housing bubble of the Great Recession, there is a companion rise of excessive indebtedness,” he said. “Once the bubble in the underlying asset has burst there is a rush to safe assets, as in 2009-2010. In short, as the inevitable collapse happens, they rush to get rid of their debt and start saving more.

“It’s a classic response to economic uncertainty. But the problem is that today only those families who have more than $50,000 in liquid assets have actually been able to do this to any extent. The rest of American families are simply treading water, if they’re lucky.”