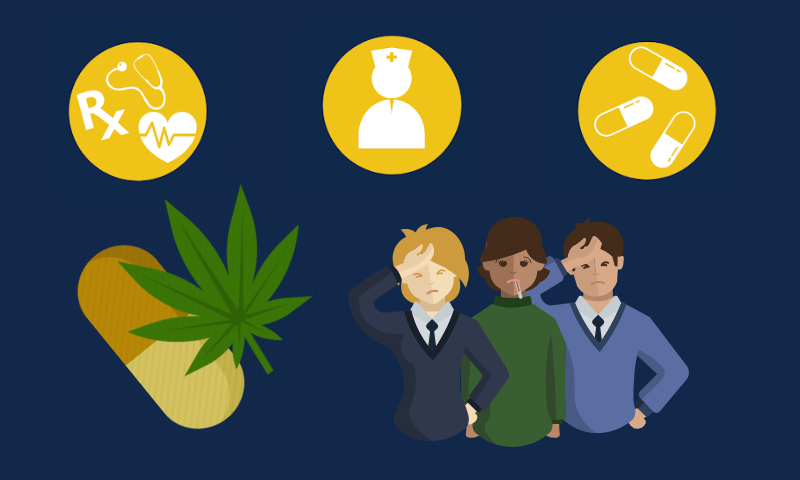 ANN ARBOR—As more states legalize cannabis consumption, many more people will likely use medical marijuana as a supplement to or substitution for prescription drugs, says a University of Michigan researcher.

A new study by Daniel Kruger of the U-M Institute for Social Research found that 44 percent of medical cannabis users stopped taking a pharmaceutical drug, or used less of one, or both, in favor of cannabis.

Kruger and co-author Jessica Kruger, a clinical assistant professor at the University of Buffalo, conducted the study to assess attitudes and use of medical cannabis and the mainstream health care system—described as either a doctor or hospital—among marijuana users.

In general, people use medical marijuana to treat pain, back problems, depression and headaches. Nearly a third of the study’s participants (30 percent) said their mainstream health care provider did not know that they used medical cannabis, indicating gaps between the two treatment systems.

The researchers administered surveys to 450 adults who identified as current cannabis users at an annual public event advocating for marijuana law reform. The event occurred at U-M, in a state where medical cannabis use became legal in 2008.

From the 392 usable responses, the majority (78 percent) reported using marijuana to help treat a medical or health condition. Users also had more trust in medical cannabis compared to mainstream health care, in part, because they rated marijuana better than pharmaceutical drugs on effectiveness, side effects, availability and cost.

“This study advances knowledge in the evidence-based approach to harm reduction and benefit promotion regarding medical cannabis,” said Daniel Kruger, a member of the U-M Institute for Healthcare Policy and Innovation. “Given the growing use of cannabis for medical purposes and the widespread use for recreation purposes despite criminalization, the current public health framework focusing primarily on cannabis abstinence appears obsolete.”

The findings appear in the current issue of Journal of Psychoactive Drugs.