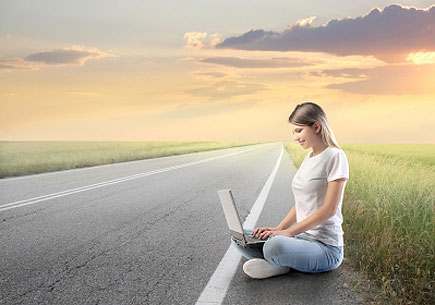 ANN ARBOR—More young adults today would rather hit the information highway than the open highway, say University of Michigan researchers.

In a new study in the journal Traffic Injury Prevention, Michael Sivak and Brandon Schoettle of the U-M Transportation Research Institute found that having a higher proportion of Internet users was associated with lower licensure rates among young persons.

And this is just not in the United States; it’s happening in other countries, too.

In 1983, a third of all licensed drivers in the United States were under age 30. Today, only about 22 percent of drivers are twentysomethings or teenagers. Further, about 94 percent of Americans in their 20s had a driver’s license in 1983, compared to about 84 percent in 2008.

Canada, Great Britain, Germany, Japan, Sweden, Norway and South Korea have seen similar declines over time. However, countries such as Israel, Finland, Poland, Latvia, Spain, Switzerland and the Netherlands have experienced an increase in both young and older drivers over time—although the increase was generally smaller among the younger group.

“Higher societal wealth, an older population in general and a higher proportion of the population living in megacities were each associated with higher licensure rates among young persons,” said Sivak, a research professor at UMTRI. “These patterns are possibly reflections of higher mobility being associated with these factors.

“On the other hand, countries with higher proportions of Internet users were associated with lower licensure rates among young persons, which is consistent with the hypothesis that access to virtual contact through electronic means reduces the need for actual contact among young people.”