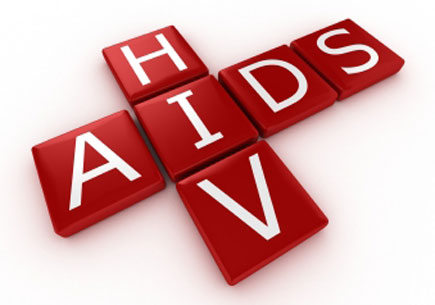 ANN ARBOR—Michigan’s felony HIV disclosure law is a tool to control and punish marginalized and poor individuals in criminal court cases, according to new University of Michigan findings.

In many states, a person with HIV can be charged with a crime if he or she engages in sexual activity without telling the other person. Many of those convicted under Michigan’s law are African-American men with female partners and people suffering from mental illness or substance abuse problems, the research showed.

Framing HIV as a deadly disease is a strategy used by prosecutors seeking to convict a defendant of failing to disclose the health status. Although HIV has been transformed into a chronic, manageable illness since the introduction of effective therapies in 1995, prosecutors and judges in Michigan routinely compare the failure to disclose to murder in criminal nondisclosure cases and treat HIV as though it were still a death sentence.

This is noteworthy because transmission is not alleged in the vast majority of cases Hoppe studied, and many of the cases involve sexual activity that poses little to no risk of transmission.

“As we enter into the fourth decade of HIV, it is time we reconsider how these unjust laws are enforced in a time when the Obama Administration is calling for an AIDS-free generation,” Hoppe said. “You cannot call for universal testing when getting an HIV-positive test result can present substantial legal risks.”

At least 24 states presently have a criminal law making it a misdemeanor or felony for HIV-positive people to have sex without first disclosing their status. In Michigan, conviction is a four-year felony.

Hoppe collected court transcripts and Michigan State Police data, which included the county, sentencing date and dispositions of all known convictions and nonconvictions involving defendants with a prior criminal record. He searched newspaper archives at public libraries for any mention of an HIV disclosure court case.

He also requested and received data from the Michigan Department of Community Health detailing the number of HIV-positive people diagnosed at any time between 1992 and 2010 in the counties in which he identified defendants.

The police data described 49 convictions in the state sentenced between 1992 and 2010. Hoppe independently identified seven additional convictions that were not included in police records.

Comparing the conviction data to publicly available data from the Michigan Department of Community Health on the approximately 4,875 HIV-positive individuals diagnosed in the 37 counties sampled between 1992 and 2010 suggests an overrepresentation of African-American men with female partners and an underrepresentation of white men with male partners among those convicted.

Most cases (93 percent) resulted in jail or prison sentences with minimum sentences ranging from time served to 10 years. In cases in which maximum sentences were assigned, they varied from two to 15 years in prison, the research showed.