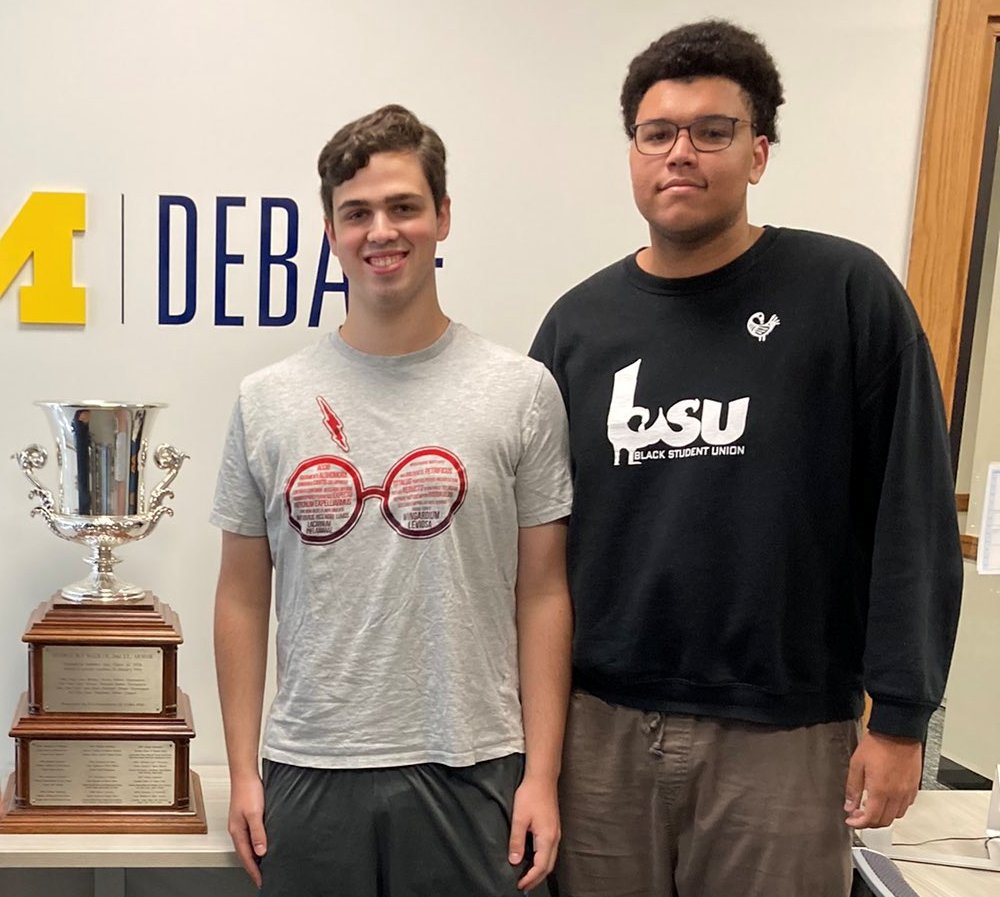 The two College of Literature, Science, and the Arts students captured the championship title, defeating Northwestern University on a 3-2 decision in the final round. They did not lose a single debate during the competition, beating teams from Harvard, Michigan State, Purdue and Texas en route to winning the tournament.

Widely considered the national collegiate debate championship of the fall semester, the four-day tournament is hosted by Wake Forest University. More than 200 competitors from more than 50 institutions nationwide competed virtually.

“We are elated with Rafael and Giorgio’s undefeated performance and victory at the Shirley Classic,” said Aaron Kall, U-M director of debate. “I couldn’t think of a better way to end the first semester of tough competition on such a positive note, which will provide the team with a tremendous amount of momentum heading into 2022.”

The U-M pair winning in consecutive years had only been done once in the tournament’s 65-year history. Northwestern accomplished the feat in 2013 and 2014.

In addition, this tournament victory concludes a historic first semester of debate for the U-M team. Rabbini, a Florida native who is majoring in political science and Afroamerican and African Studies, and Pierry, a political science major from California, currently have a 47-2 overall record this year, as well as three tournament victories in the first semester. They finished second at the 2021 national debate championship in March.