Microbial life on Mars: Could saltwater make it possible?

ANN ARBOR—How common are droplets of saltwater on Mars? Could microbial life survive and reproduce in them? A new million-dollar NASA project led by the University of Michigan aims to answer those questions.

This project begins three years after beads of liquid brine were first photographed on one of the Mars Phoenix lander’s legs. 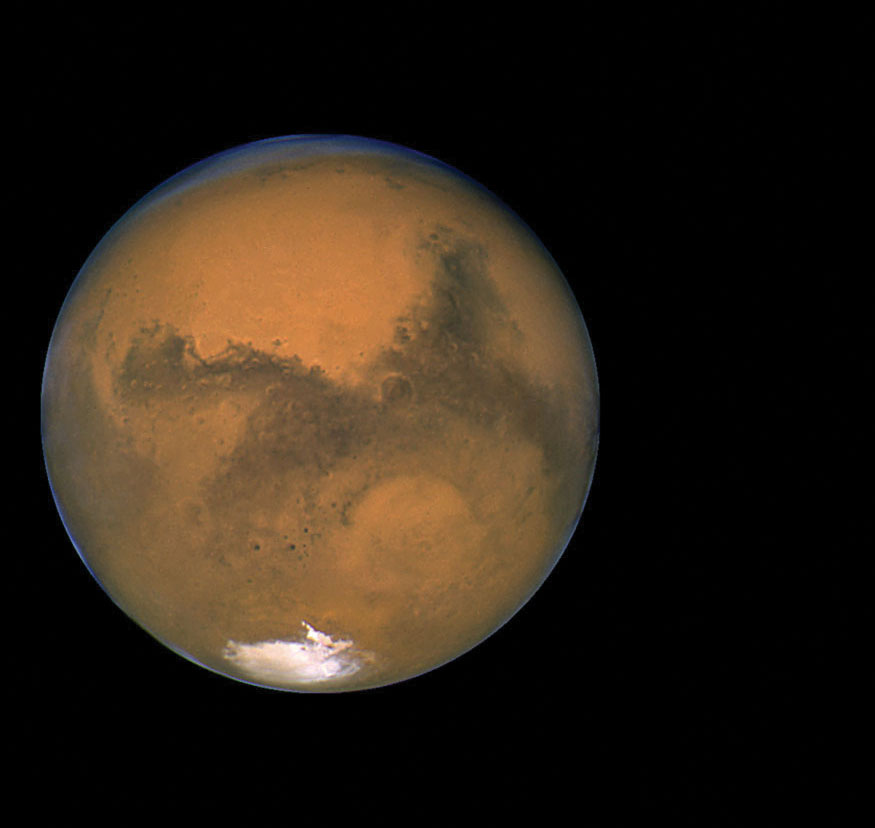 A mounting body of evidence suggests the presence of liquid water on the Red Planet. Credit: NASA“On Earth, everywhere there’s liquid water, there is microbial life,” said Nilton Renno, a professor in the Department of Atmospheric, Oceanic and Space Sciences who is the principal investigator. Researchers from NASA, the University of Texas at Dallas, the University of Georgia and the Centro de Astrobiologia in Madrid are also involved.

Scientists in the United States will create Mars conditions in lab chambers and study how and when brines form. These shoe-box-sized modules will have wispy carbon dioxide and water vapor atmospheres with 99 percent lower air pressure than the average pressure on Earth at sea level. Temperatures will range from -100 to -80 Fahrenheit and will be adjusted to mimic daily and seasonal cycles. Instruments will alert the researchers to the formation of brine pockets, which could potentially be habitable by certain forms of microbial life.

Their colleagues overseas will seed similar chambers with salt-loving “extremophile” microorganisms from deep in Antarctic lakes and the Gulf of Mexico. The will observe whether these organisms survive, grow and reproduce in brines just below the surface of the soil. All known forms of life need liquid water to live. But microbes don’t need much. A droplet or a thin film could suffice, researchers say.

“If we find microbes that can survive and replicate in brines at Mars conditions, we would have demonstrated that microbes could exist on Mars today,” Renno said.

Globules of liquid saltwater were pictured on the leg of the Phoenix Mars Lander. NASA/JPL-Caltech/University of Arizona/Max Planck InstituteWith his colleagues on the Mars Phoenix mission in 2008, Renno theorized that globules that moved and coalesced on the spacecraft’s leg were liquid saltwater. Independent physical and thermodynamic evidence as well as follow-up experiments have confirmed that the drops were liquid and not frost or ice. The Phoenix photos are believed to be the first pictures of liquid water outside the Earth.

The median temperature at the Phoenix landing site was -70 degrees Fahrenheit during the mission?too cold for liquid fresh water. But “perchlorate” salts found in the site’s soils could lower water’s freezing point dramatically, so that it could exist as liquid brine. The salts are also capable of absorbing water from the atmosphere in a process called deliquescence.

Also contributing to this new project at U-M are Bruce Block, a senior engineer in the Space Physics Research Lab and Gregory Dick, an assistant professor in the Department of Geological Sciences.