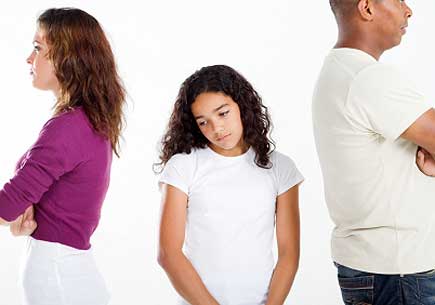 ANN ARBOR—Multiethnic and mixed-race youth feel less satisfied with their moms—but more independent—compared to other youth, according to a new University of Michigan study.

U-M researcher Elma Lorenzo-Blanco and colleagues compared parenting and family-related experiences between multiethnic/mixed-race youth and those from one racial/ethnic background.

Data came from the National Longitudinal Survey of Youth, which included responses from nearly 9,000 12- to 17-year-olds. Teens and preteens were first sampled in 1997 and assessed annually in several areas—such as education, drug use, mental health and family relationships/events—until 2008.

Mothers may be more affected by parenting challenges because they may spend more time with children and/or feel a greater sense of responsibility for their children’s welfare compared to men—due to gendered parenting roles and expectations, said Lorenzo-Blanco, a U-M graduate student in psychology and women’s studies.

And if these additional parenting responsibilities take a toll on the mother’s well-being, this “may hinder their ability to respond to their children’s needs and form closer bonds with them,” she said.

“Altogether, these findings may indicate that mixed race/multiethnic youth may generally experience less cohesion with and support from their mothers (but not fathers),” Lorenzo-Blanco said.

Parents of mixed-race children may feel helpless in effectively supporting their children if they don’t experience the same racial issues as their children, she said.

“Parents may only be learning to cope with their own feelings of inadequacy as parents of mixed-race/multiethnic children, let alone being able to effectively guide their children,” Lorenzo-Blanco said.

The study’s other researchers included Cristina Bares, assistant professor of social work at Virginia Commonwealth University, and Jorge Delva, professor and associate dean of research at the U-M School of Social Work.