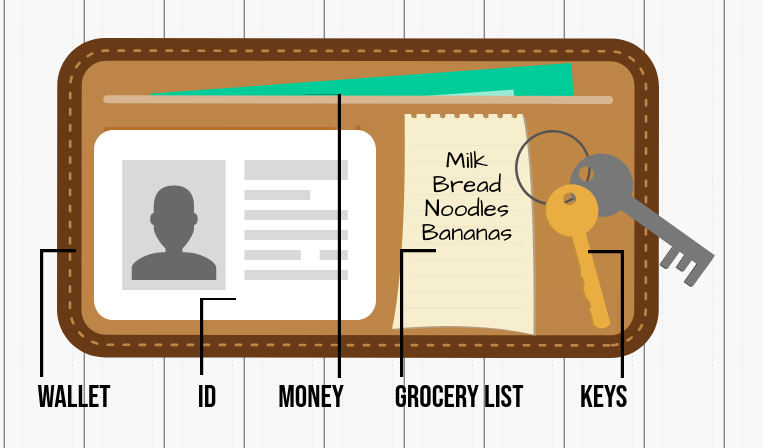 ANN ARBOR—The setup of a research study was a bit like the popular ABC television program “What Would You Do?”—minus the television cameras and big reveal in the end.

An international team of behavioral scientists turned 17,303 “lost” wallets containing varying amounts of money into public and private institutions in 355 cities across 40 countries. Their goal was to see just how honest the people who handled them would be when it came to returning the “missing” property to their owners. The results were not quite what they expected.

“Honesty is important for economic development and more generally for how society functions in almost all relationships,” said Alain Cohn, assistant professor at the U-M School of Information. “Yet, it often is in conflict with individual self-interest.”

The wallets either contained no money, a small amount ($13.45) or a larger sum ($94.15). Each wallet had a transparent face revealing a grocery list along with three business cards with a fictitious person’s name, title and an email address printed on them.

Research assistants posed as the wallet finders, hurriedly dropping them off in such places as banks, theaters, museums or other cultural establishments, post offices, hotels, police stations, courts of law or other public offices so as to avoid having to leave their own contact information. Most of the activity occurred in 5-8 of the largest cities in each country, totaling approximately 400 observations per country.

The experiment on honesty most likely represents the truest picture of how people respond when no one is looking, and the results were surprising in more ways than one, researchers report in the current issue of Science.

Initially, the researchers went into the field experiment expecting to find a dollar value at which participants would be inclined to keep the money, believing the prevailing thought that the more cash in the wallet, the more tempting it would be for the recipients to take it and run.

In 38 of 40 countries, citizens overwhelmingly were more likely to report lost wallets with money than without. Overall across the globe, 51% of those who were handed a wallet with the smaller amount of money reported it, compared with 40% of those that received no money. When the wallet contained a large sum of money, the rate of return increased to 72%.

“The psychological forces—an aversion to not viewing oneself as a thief—can be stronger than the financial ones,” said co-corresponding author Michel André Maréchal of the University of Zurich.

Not all wallets in the field experiment were returned, however. Among the other surprises were some of the places where people were not so honest. Wallets dropped off at the Vatican and at two anti-corruption bureaus were among those that never made their way back to the “rightful owners.”

Cohn said unlike other research of its kind, in which people knew they were being observed—usually in laboratory settings in wealthier Western, industrialized nations—the data in this field study was gathered from people across the world, in natural settings, who had no idea anyone was watching.

After getting the field results, the team surveyed more than 2,500 people in the United Kingdom, the United States and Poland to better understand why honesty matters to us more than the money. The respondents were presented with a scenario that matched the field experiment and asked questions about how they would respond if presented with a lost wallet. Similar to the field study, those in this survey said failing to return a wallet felt like stealing when more money was involved.

The team also conducted a survey with 279 economists and experts in the field who predicted participants likely would keep the money. Another survey of nearly 300 people in the U.S. also showed that when predicting the behavior of others, respondents believed civic honesty would waiver when the amount of money was higher. While the experts had a bit more faith in the honesty of individuals, both groups believed the more money in the wallet, the more tempting it would be to keep it.