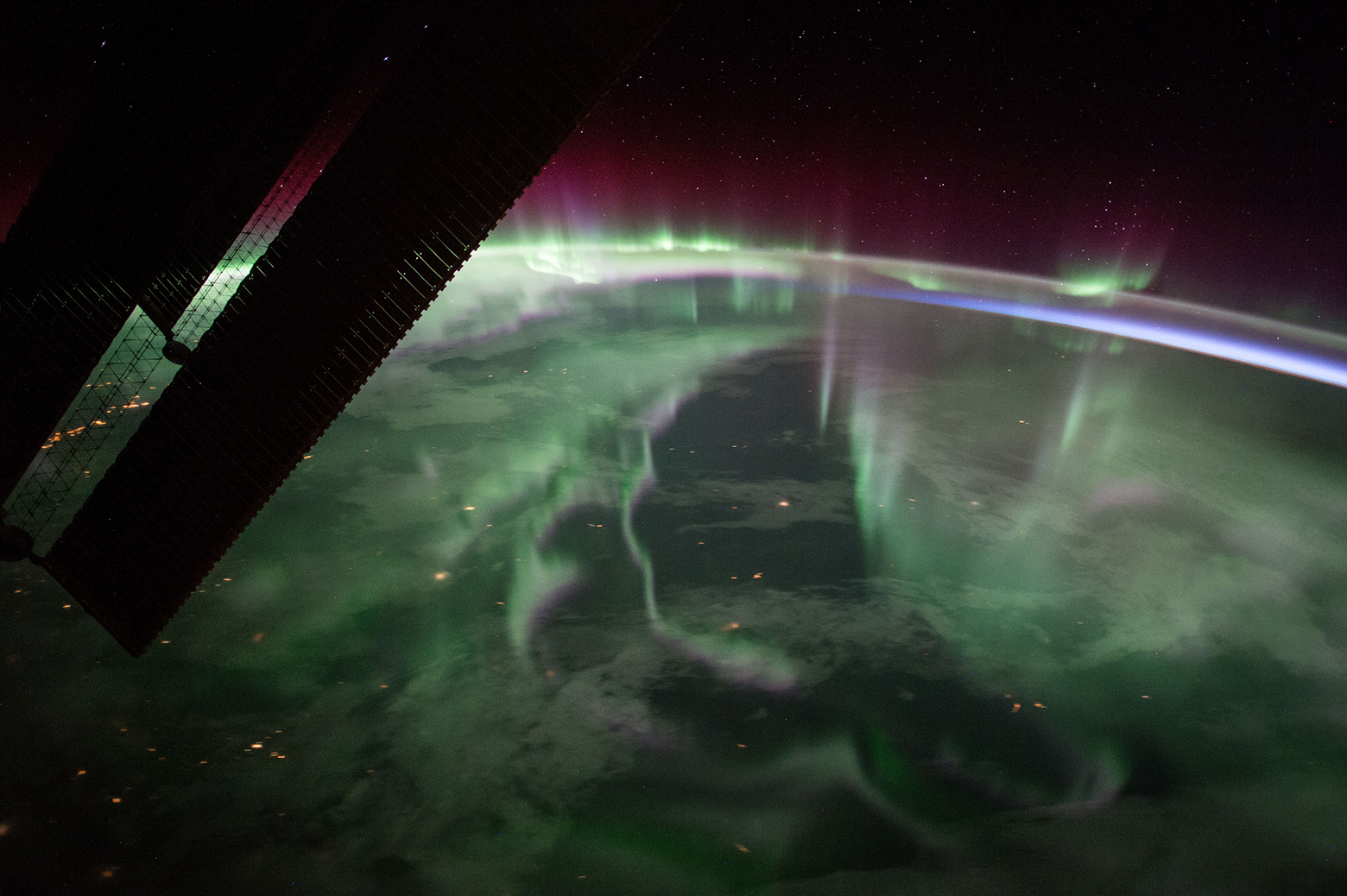 Solar storms and other space weather events have the potential to impact society on a national or global scale, and University of Michigan researchers lead two multimillion-dollar projects to improve forecasting.

These torrents of charged particles and electromagnetic fields from the sun can damage power lines and satellites, and even astronauts. The National Science Foundation and NASA are investing $17 million in a program to develop next-generation space weather modeling software, NSF announced today.

“Other than a pandemic, a space weather-caused disruption is the only natural threat that would have nationwide impacts,” said Gabor Toth, U-M research professor of climate and space sciences and engineering and principal investigator on the space weather modeling framework project. “All other natural disasters—hurricanes, earthquakes, volcano eruptions—are localized. So it’s imperative that we prepare and improve our warning systems.

“If we know what to expect and when, most consequences of space weather can be avoided. The power grid can be shut down, for example. Satellites can be put into safe mode. Spacewalks can be delayed. Sensitive electronic equipment can be switched off. GPS-reliant technology can be switched off or not used.”

The one-day advance forecasts Toth and his team are working on will be a dramatic improvement from the one-hour or 30-minute warning we receive today. To accomplish this, the team is developing a model that starts at the sun itself, rather than much closer to Earth. Most of today’s models start about a million miles from our planet’s surface at what’s called the first Lagrangian point.

While models starting from the sun do exist today, they’re not very accurate and they provide a binary, black-and-white outlook, with no probabilities. The U-M approach will show the likelihood of storms.

“We will provide probability distribution to aid decision makers—similar to how terrestrial weather forecasts say that there is a 30% chance of rain tomorrow, as opposed to simply ‘no rain tomorrow,'” Toth said.

The Aether project, which involves researchers from several other institutions, is led by Aaron Ridley, U-M professor of climate and space sciences and engineering. Its aim is to make a better model of the Earth’s upper atmosphere that lets scientists see simultaneously what’s happening on both a broad scale and in more granular detail.

It will be able to incorporate data from disparate sources such as constellations of satellites. The team also is working to reduce the barriers for students and postdocs to learn how to use the models by hosting summer schools and making lessons.

“There are some fundamental limitations with current models,” Ridley said.

He pointed to various structures in the aurora that are narrow or intense and add a lot of energy to the atmosphere, heating it up. It’s difficult to capture how this affects the atmosphere in current models. Ridley’s team will design a new model grid system to change that.

“This is sort of analogous to trying to model hurricanes in a global weather model,” he said. “It can be done, but needs a huge amount of computer resources. It is better to have a nested grid that can capture the hurricane, embedded within the global-scale model.”

U-M is a leader in the study of the sun and space weather. An earlier model developed by Toth and others in the Department of Climate and Space Sciences and Engineering is currently used by the national Space Weather Prediction Center to provide regional forecasts for 350-square-mile plots of Earth’s surface.

“U-M has a long tradition of developing high quality computational models and software for space and plasma physics,” said Vyacheslav Lukin, NSF program director in the Division of Physics. “These awards will enable U-M research groups to both reimagine the software for tomorrow’s supercomputing hardware, and make the new codes widely available to be used and further improved upon by the global space weather modeling community.”