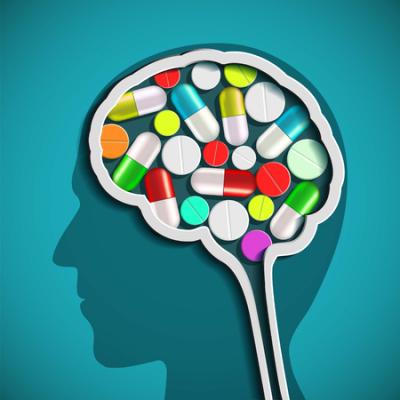 ANN ARBOR—Fifty-one percent of all opioid medications distributed in the U.S. each year are prescribed to adults with mood disorders such as depression and anxiety, according to new research from the University of Michigan and the Geisel School of Medicine at Dartmouth.

“Despite representing only 16 percent of the adult population, adults with mental health disorders receive more than half of all opioid prescriptions distributed each year in the United States,” said Matthew Davis, lead author of the study and assistant professor at the U-M School of Nursing.

Overall, of the 115 million prescriptions written for opiates each year, 60 million are written for adults with mental illness.

The study, “Prescription opioid use among adults with mental health disorders in the United States,” is among the first to show the extent to which the population of Americans with mental illness use opioids. It will be published online July 6 in the Journal of the American Board of Family Medicine.

Researchers found that among the 38.6 million Americans diagnosed with mental health disorders, more than 7 million, or 18 percent, are prescribed opioids each year. By comparison, only 5 percent of adults without mental disorders are likely to use prescription opioids.

“Because of the vulnerable nature of patients with mental illness, such as their susceptibility for opioid dependency and abuse, this finding warrants urgent attention to determine if the risks associated with such prescribing are balanced with therapeutic benefits,” said study co-author Brian Sites, an anesthesiologist at Dartmouth-Hitchcock Medical Center.

The connection between mental illness and opioid prescribing is particularly concerning because mental illness is also a prominent risk factor for overdose and other adverse opioid-related outcomes, Sites and Davis say.