Most college students favor LGBT civil rights, but many don’t 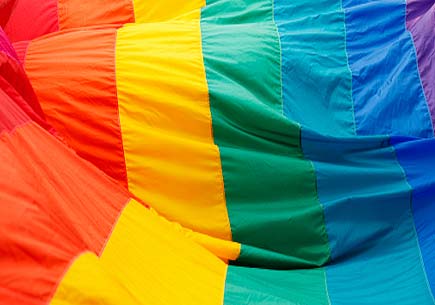 Alongside prejudice and discrimination perpetuated by individuals, heterosexism also occurs at the societal level and is often institutionalized in social policies, he said. Examples include laws that prohibit same-sex couples from having their relationships legally recognized or laws that don’t protect a transgender man from being fired from his job because of his gender expression.

“Heterosexism can negatively impact the well-being of LGBT people and their families in many ways,” said Woodford, assistant professor of social work and the study’s lead author. “Though important advances have occurred in LGBT rights, especially this past year with the Supreme Court’s ruling recognizing same-sex marriage federally, LGBT people throughout the country do not necessarily have the same rights as their heterosexual neighbors and friends.

“For example, in Michigan, gay couples cannot legally marry, and sexual orientation and gender expression are not included in the state’s employment protection laws. Understanding citizens’ views about these issues are important as groups continue to work toward LGBT equality.”

A sample of 2,568 heterosexual sophomores, juniors and graduate students were asked about contemporary LGBT civil rights issues, such as whether same-sex couples should have their relationship recognized through civil unions or if they should have employment protection rights.

An important finding, Woodford said, is that students who admire LGBT people for being out of the closet are more likely to support LGBT civil rights. He and his colleagues believe that these students appreciate the challenges and injustices that LGBT people face.

“In other words, they have some insights into heterosexism and the risks that LGBT people often overcome when they come out,” Woodford said. “Therefore, by educating students and the public about everyday heterosexism and its consequences, groups advocating for LGBT rights might help to sway some people to support LGBT equality.”

The findings appear in the current issue of the Journal of Community Practice.