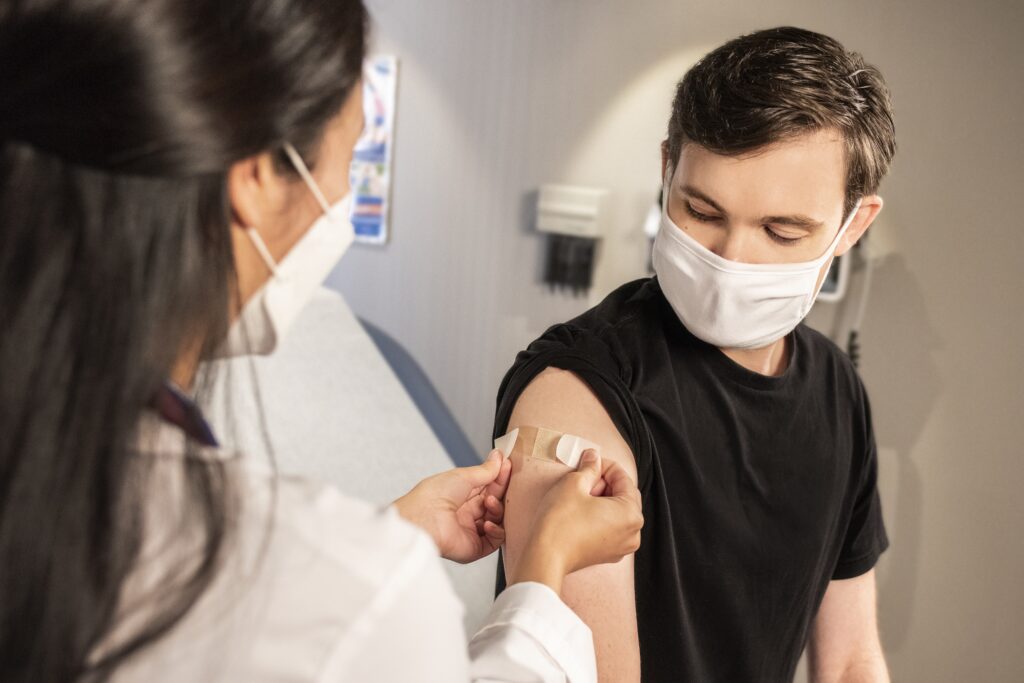 Most Michigan local government officials have been confident in the safety and efficacy of available COVID-19 vaccines, yet leaders’ views on vaccine safety are highly correlated with partisanship, according to a University of Michigan survey.

The findings from the spring 2021 wave of the Michigan Public Policy Survey (MPPS) show 75% of respondents very or somewhat confident in the vaccines, and only 16% not at all confident. However, 74% of Democrats responded being very confident, compared with 57% of independents and 32% of Republicans.

The survey, conducted between April 5 and June 7 by the Ford School of Public Policy’s Center for Local, State, and Urban Policy (CLOSUP), included questions about the views of Michigan’s local leaders and the actions local governments may be taking with respect to the pandemic. The survey also asked local government officials about their government’s role in the vaccine rollout, policies regarding vaccination for their jurisdiction employees, as well as the local leaders’ confidence in the fairness of vaccine distribution, and in the safety and efficacy of the vaccines.

The survey went into the field on the same day that vaccine eligibility officially expanded to the general public in Michigan.

During April and May, although county health departments took a local lead on COVID-19 vaccine roll-out across Michigan, the survey shows that just 19% of general-purpose local governments (counties, cities, townships and villages) took actions to support community-level vaccination efforts. However, the timing of the MPPS survey—with most data collection completed by the end of April—may have missed potentially increasing activities by local governments later in the spring.

“Other local governments have played a smaller role, but many have still been integral in facilitating vaccine distribution and their residents’ understanding of vaccine availability,” he said.

Regarding distribution of the vaccines, 78% of local leaders statewide were somewhat (43%) or very (35%) confident that vaccines were being distributed fairly, while 11% were not at all confident, and 11% were unsure. However, this assessment may have changed once vaccines became more widely available in late spring.

Officials from large jurisdictions, and from those in southeastern Michigan, were more likely than others to say they were “not at all confident” that COVID-19 vaccines were being distributed in a fair way. Meanwhile, officials from the Upper Peninsula were the most likely to be “very confident.”

The analysis includes comparisons to public opinion data from the State of the State Survey conducted by Michigan State University.