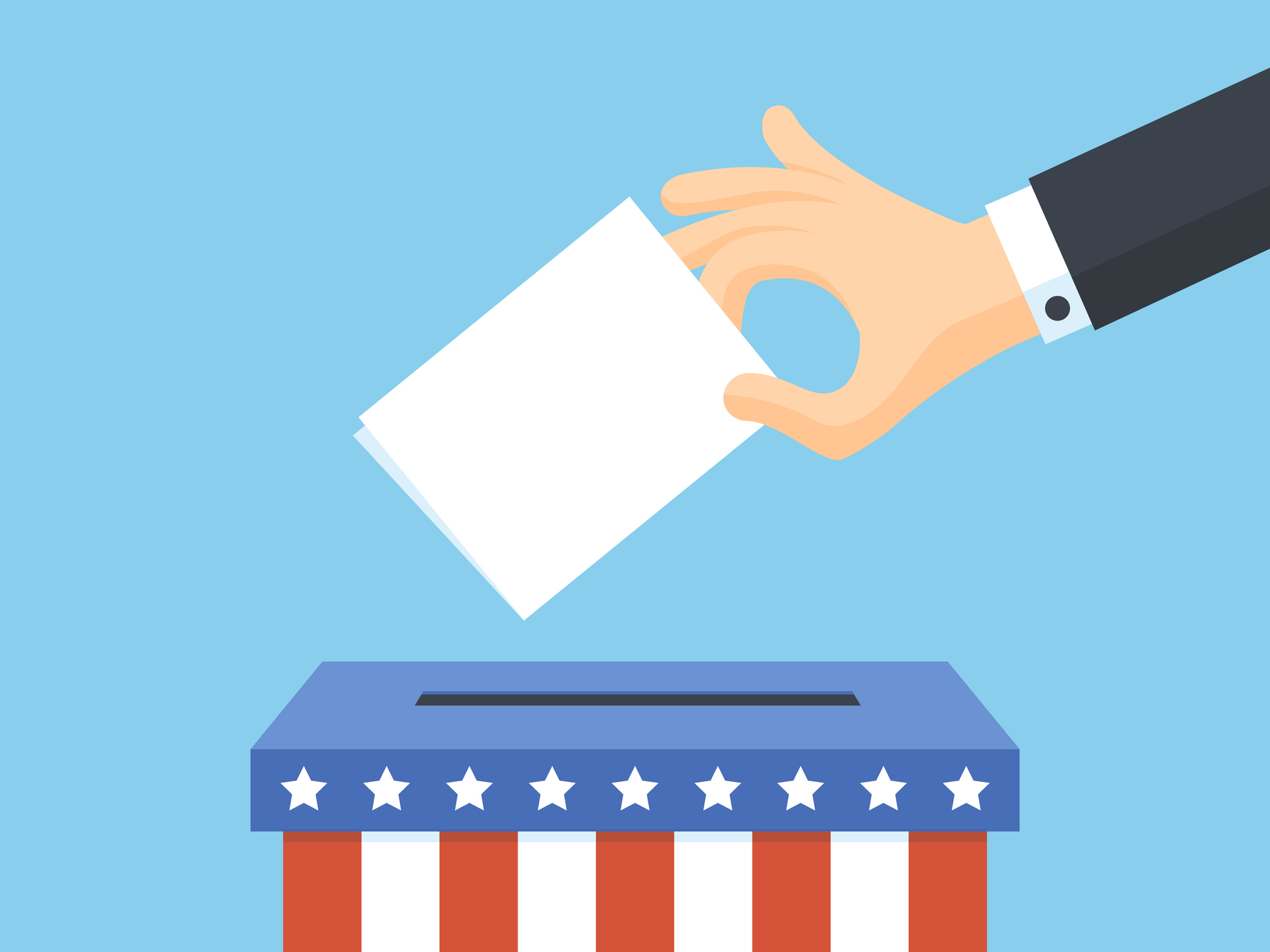 Confidence in running accurate elections among Michigan local government leaders remains high, despite challenges posed by a pandemic and an expected high voter turnout, according to a University of Michigan survey.

The survey by the Center for Local, State, and Urban Policy at U-M’s Gerald R. Ford School of Public Policy finds 98% of township and city officials are “somewhat confident” or “very confident” in their jurisdictions’ ability to administer an accurate election in November. A full 87% say they are “very confident.”

That’s down slightly from the 91% who said the same for the 2016 election. Furthermore, 94% are confident or very confident their county clerk could conduct an accurate recount, if one is necessary. “Very confident” is at 75%, again down from 80% after the last presidential election.

Nevertheless, local officials expect more problems with administering the November 2020 election compared to what they experienced in the November 2016 election, in the face of the COVID-19 pandemic, expectations for record-level turnout and recent changes in Michigan election law. In 2018, Michigan voters approved changes to the state’s election laws to expand voter access by allowing for no-excuse absentee voting, mail-in and online voter registration within 15 days of an election, and same-day, in-person voter registration.

The findings come from the spring 2020 Michigan Public Policy Survey, which received responses from 1,120 cities and townships and 51 counties in Michigan (the units responsible for conducting and overseeing elections) regarding election administration in their jurisdictions.

“Michigan will likely play a key role in the 2020 presidential election, as it did in 2016. So it’s critical that our local governments be able to administer accurate elections despite the pandemic, huge turnout expected overall and a massive increase in absentee voting,” said Tom Ivacko, CLOSUP’s executive director. “This will be a challenging election, to say the least.”

Some issues they raise include problems with recruiting poll workers with the necessary skills (a concern among 45% of jurisdictions, up from 29% in 2016). In the largest townships and cities—more than 30,000 residents—that figure rises to 72%. In addition, 41% expect the cost of the election administration on the jurisdiction’s budget to be a problem in the 2020 election (also up compared to the 25% who said this was a problem in 2016).

“As in our earlier CLOSUP report from this same survey, we find that Michigan’s local clerks are overall quite confident in their preparations for the 2020 general election, but they do have their concerns,” said Debra Horner, MPPS project manager. “The main ones revolve around demands for staffing on Election Day and trying to accommodate new same-day registration rules, so I’d encourage Michigan citizens to register and vote as early before Nov. 3 as possible.”

The report shows that township and city clerks, who run elections, are more likely than other local leaders to predict local problems with poll worker recruitment, costs, long wait times and other issues.

“The survey’s finding that almost half of Michigan jurisdictions, including two thirds of our cities, expect problems with poll worker recruitment highlights the need for citizens who are at low risk for COVID-19 to serve as poll workers to ensure that voting goes as smoothly as possible during this pandemic,” said Natalie Fitzpatrick, CLOSUP’s research area specialist.

Regarding election security issues, large majorities are “very confident” that vote tallies or results (76%), voting machines (70%) and voter rolls (68%) will not be compromised in the November 2020 election. And among clerks themselves, confidence in security is even higher, with 78% of township clerks and 75% of city clerks saying they are very confident in all three areas.

A parallel survey of county clerks shows officials at that level of government are also very confident both in a range of election security issues and in the ability of local jurisdictions within their county to administer accurate elections.

CLOSUP conducted the MPPS between March 30 and June 1. Launched in the wake of the Great Recession in 2009 by CLOSUP, the MPPS is conducted in partnership with the Michigan Association of Counties, Michigan Municipal League and Michigan Townships Association.