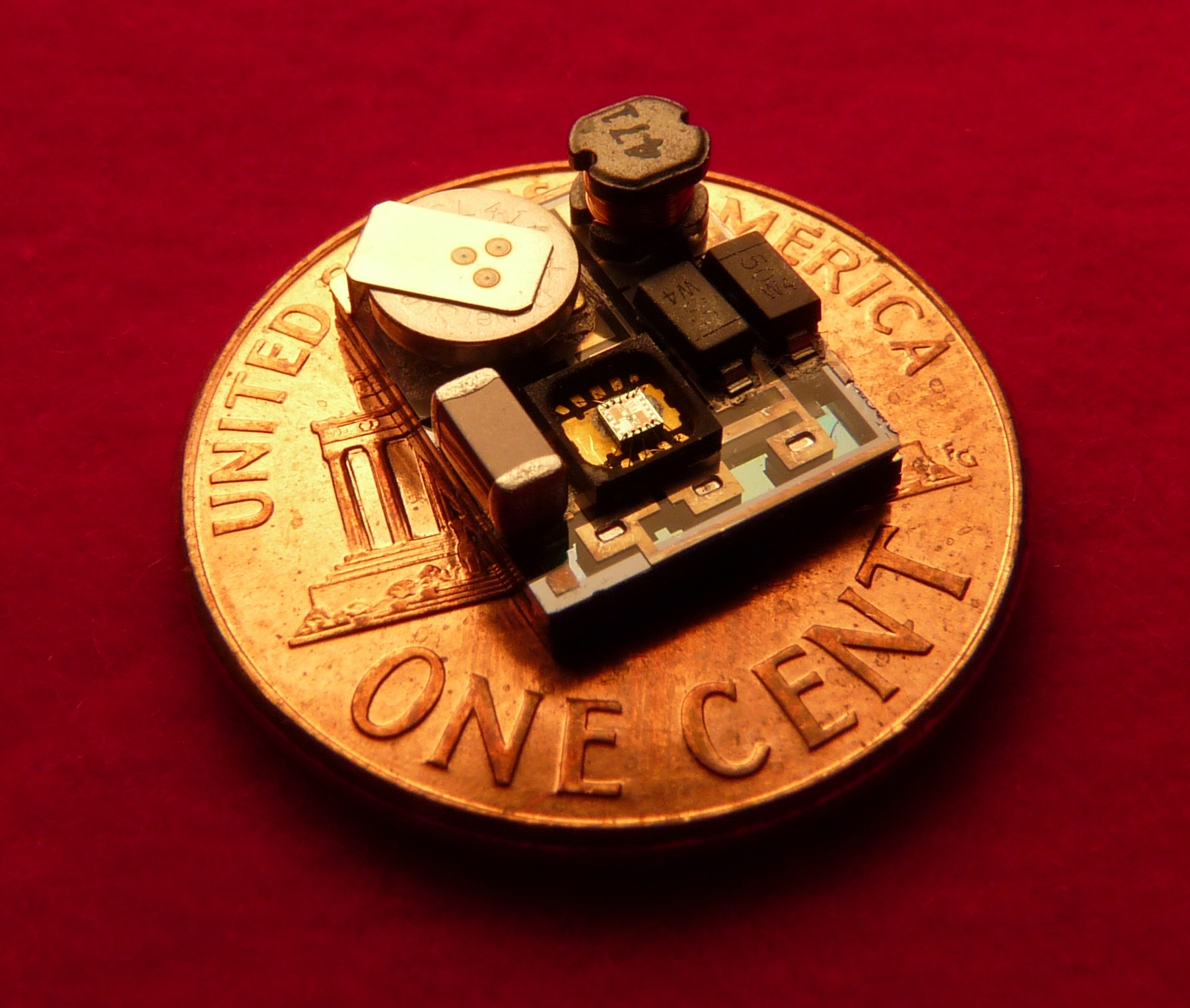 “In a tiny amount of space, we’ve been able to make a device that generates more power for a given input than anything else out there on the market,” said Khalil Najafi, one of the system’s developers and chair of Electrical and Computer Engineering.

This new vibration energy harvester is specifically designed to turn the cyclic motions of factory machines into energy to power wireless sensor networks. These sensor networks monitor machines’ performance and let operators know about any malfunctions.

The sensors that do this today get their power from a plug or a battery. They’re considered “wireless” because they can transmit information without wires. Being tethered to a power source drastically increases their installation and maintenance costs, said Erkan Aktakka, one of the system’s developers and a doctoral student in Electrical and Computer Engineering.

Long-lasting power is the greatest hurdle to large-scale use of pervasive information-gathering sensor networks, the researchers say.

“If one were to look at the ongoing life-cycle expenses of operating a wireless sensor, up to 80 percent of the total cost consists solely of installing and maintaining power wires and continuously monitoring, testing and replacing finite-life batteries,” Aktakka said. “Scavenging the energy already present in the environment is an effective solution.”

The researchers have built a complete system that integrates a high-quality energy-harvesting piezoelectric material with the circuitry that makes the power accessible. (Piezoelectric materials allow a charge to build up in them in response to mechanical strain, which in this case would be induced by the machines’ vibrations.)

“There are lots of energy sources surrounding us. Lightning has a lot of electricity and power, but it’s not useful,” Najafi said. “To be able to use the energy you harvest you have to store it in a capacitor or battery. We’ve developed an integrated system with an ultracapacitor that does not need to start out charged.”

The active part of the harvester that enables the energy conversion occupies just 27 cubic millimeters. The packaged system, which includes the power management circuitry, is in the size of a penny. The system has a large bandwidth of 14 Hertz and operates at a vibration frequency of 155 Hertz, similar to the vibration you’d feel if you put your hand on top of a running microwave oven.

“Most of the previous vibration harvesters operated either at very high frequencies or with very narrow bandwidths, and this limited their practical applications outside of a laboratory environment,” Aktakka said.

The new harvester can generate more than 200 microwatts of power when it is exposed to 1.5g vibration amplitude. (1g is the gravitational acceleration that all objects experience by Earth’s gravity.) The harvested energy is processed by an integrated circuitry to charge an ultracapacitor to 1.85 volts.

In theory, these devices could be left in place for 10 or 20 years without regular maintenance. “They have a limitless shelf time, since they do not require a pre-charged battery or an external power source,” Aktakka said.

A novel silicon micromachining technique allows the engineers to fabricate the harvesters in bulk with a high-quality piezoelectric material, unlike other competing devices.

The market for power sources for wireless sensor networks in industrial settings is expected to reach $450 million by 2015, Aktakka said.

These new devices could have applications in medicine and the auto industry too. They could possibly be used to power medical implants in people or heat sensors on vehicle motors, Najafi said.

The researchers will present this work next at the 16th International Conference on Solid-State Sensors, Actuators, and Microsystems (TRANSDUCERS 2011) in Beijing in June. This research is funded by the Defense Advanced Research Projects Agency and National Nanotechnology Infrastructure Network. The university is pursuing patent protection for the intellectual property, and is seeking commercialization partners to help bring the technology to market.

The University of Michigan is committed to catalyzing the transformation of our economy by supporting technology transfer, encouraging entrepreneurship, and linking faculty and businesses to spur innovative research. Visit www.innovate.umich.edu