Most teen workers spend, not save 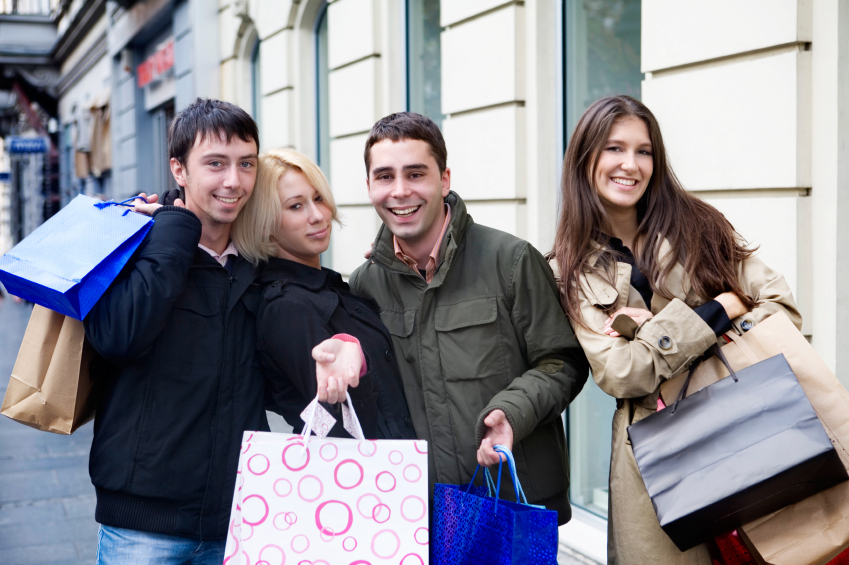 ANN ARBOR—High school seniors spend most of their earnings on clothes, music, movies, eating out and other personal expenses. Spending on cars and car expenses comes in second, especially for males. And way down the list come saving for college or other long-range goals and helping with family living expenses.

The findings come from a new study of 49,000 high school seniors from the classes of 1981 through 2011, based on the Monitoring the Future study conducted annually by the University of Michigan Institute for Social Research. Authors include Jerald Bachman, Jeremy Staff, Patrick O’Malley and Peter Freedman-Doan.

“By the time they reach the end of high school, most students are also paid employees, working part-time jobs during the school year,” Bachman said.

Teenagers work for the money, of course, but also to gain valuable experience, he says.

“(But) more recently, social scientists have uncovered a darker side of student employment, finding that working more than 15 to 20 hours a week is linked to decreased academic achievement and increased substance use,” Bachman said.

In recent years, the proportion of high school seniors in paid employment has declined appreciably, from 75 percent in 2001 to 59 percent in 2010. But there has been little change over the years in what student workers actually do with their money. Most students devote about half or more of their earnings to discretionary spending on relatively short-term wants and needs, Bachman says.

Levels of spending on cars have changed notably, however. Up through about 2005, roughly 30 percent of males spent about half or more of their earnings on cars, but that dropped to about 23 percent for males in the classes of 2009-11. Among females, the proportions spending about half or more of earnings on cars was consistently lower, but rates rose gradually from 1981-85 (16 percent) through 1995-2000 (24 percent) and then dropped sharply by 2009-2011 (17 percent).

Although the current research did not explore why this change in car spending has happened, other reports have shown overall declines in driving in recent years and that young people, in particular, are driving less.

“It may well be that young people are spending relatively more on electronics and are interacting with friends virtually rather than driving to see each other,” Bachman said. “Tightened requirements for drivers’ licenses in most states have probably contributed, as well as higher costs for insurance and fuel.

“Also, drivers’ education classes, which used to be offered in nearly all high schools, are now available in only about one in five schools due to funding cutbacks. Finally, it appears that young people are more likely to be chauffeured around these days and just don’t need or want their own car as much as they used to.”

Proportions of 12th-graders who contributed at least half of their earnings to helping out the family were consistently low, rising slightly over the three decades studied from 9 percent to 12 percent among males and 10 percent to 14 percent among females.

Savings for further education ranked a bit higher than contributions to family, but showed little in the way of gender differences or consistent change across time. An average of about 17 percent devoted about half or more of their earnings to future education.

An important question examined in the report is whether saving for college somehow “protects” students from the possible negative consequences of working long hours on the job. The researchers found that college savers are somewhat less likely to work long hours in a paid job, presumably because they want more time for school work so as to qualify for college entrance.

Bachman and colleagues say that for any given level of work intensity, college savers are less likely to use cigarettes, alcohol and illegal drugs, and more likely to have good grades. Nevertheless, among both those who saved about half or more for college and those who did not, working long hours was associated with negative outcomes.

So are the college savers “better off” than their classmates, and does saving for college somehow insulate them from bad consequences of working long hours?

“The answers are yes and no,” Bachman said. “Yes, the college savers have consistently higher grades and college aspirations, and lower use of drugs. But no, they are still as potentially susceptible to negative effects of working long hours.

“Students who plan to save most of their earnings for college should be commended, but should still be encouraged to avoid spending long hours in employment during the school year.”

What about those possible advantages of getting “real world” job experience? Bachman points out that most researchers now seem to agree that many student work experiences fall far short of the ideals originally imagined. Nevertheless, he thinks that even in a job flipping burgers, students can make good use of their employment experiences by developing a set of skills and references.

“I’d suggest this to any student entering a part-time job during the school year, or for that matter a summer job: Talk to your supervisor right at the start to say that you aim to earn a positive written recommendation as an employee,” he said.

“That will make both you and your supervisor see this job as much more than just a way to earn spending money. Rather, it is a chance to learn some skills—including ‘people skills’—and also build an important credential that can serve you well into the future.”

Established in 1949, the University of Michigan Institute for Social Research is the world’s largest academic social science survey and research organization, and a world leader in developing and applying social science methodology, and educating researchers and students from around the world. For more information, visit the ISR website at www.isr.umich.edu.