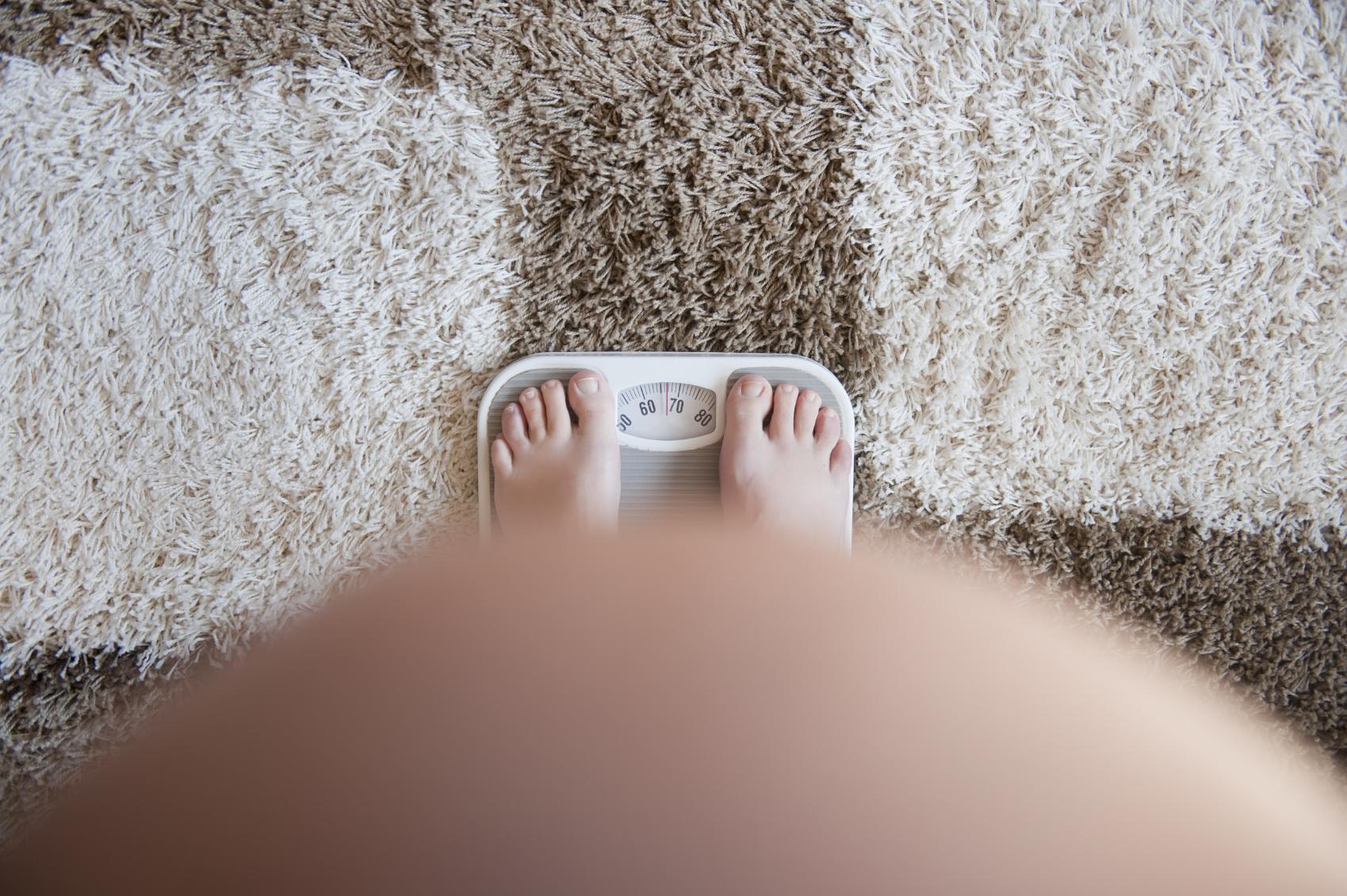 ANN ARBOR—Gaining weight from one pregnancy to the next can increase the risk that women will face stillbirth or lose their second babies within the first year of life, research led by the University of Michigan finds.

In a study appearing in The Lancet, researchers from the U-M School of Public Health and the Karolinska Institutet in Stockholm, found that women whose body mass index increased more than four units from their first pregnancy to the second had a 50 percent greater chance of stillbirth when compared with women whose BMI moved one unit to either side of their first pregnancy starting weight.

Women who were overweight by their first pregnancy, defined as a BMI of 25 or more, but who lost weight before the second pregnancy, reduced their risk of infant mortality.

The researchers reviewed data from the first two pregnancies of nearly 457,000 women who gave birth in Sweden from 1992 to 2012. The women’s information was recorded in the Swedish Medical Birth Register, which since 1973 has collected information on about 98 percent of all births in that country. Weight was assessed at the beginning of each pregnancy.

This is a new major study from this team regarding mother’s weight during pregnancy and the chances of stillbirth, infant, neonatal and postneonatal mortality. They previously had established that obesity is a factor in preterm birth and full-term infant death.

The explanation for the findings is still speculative and currently is being studied by the team, said study co-author Dr. Eduardo Villamor, professor of epidemiology at U-M’s School of Public Health.

“The mechanisms could include preterm birth, congenital malformations and birth asphyxia,” he said.

The team could not determine the nature of the weight gain, Villamor said.

“We cannot differentiate from the data whether this weight gain between pregnancies is due to not shedding all the weight gained during the first pregnancy versus actually putting on some more weight after delivery of the first baby,” he said. “We suspect it is mostly the former, which is called postpartum weight retention. Many women are unable to completely lose all the weight they gained during pregnancy.”

Villamor speculated about possible solutions, such as limiting the amount of weight a woman should safely gain during pregnancy—a subject that has been debated, and a philosophy that has changed several times over the years.

“Limiting weight gain during pregnancy among women who are already overweight might result in less postpartum weight retention, but results from a few intervention studies are not conclusive and suggest that this may be difficult to achieve,” he said. “It is possible that early prevention of obesity in general may be more effective.”