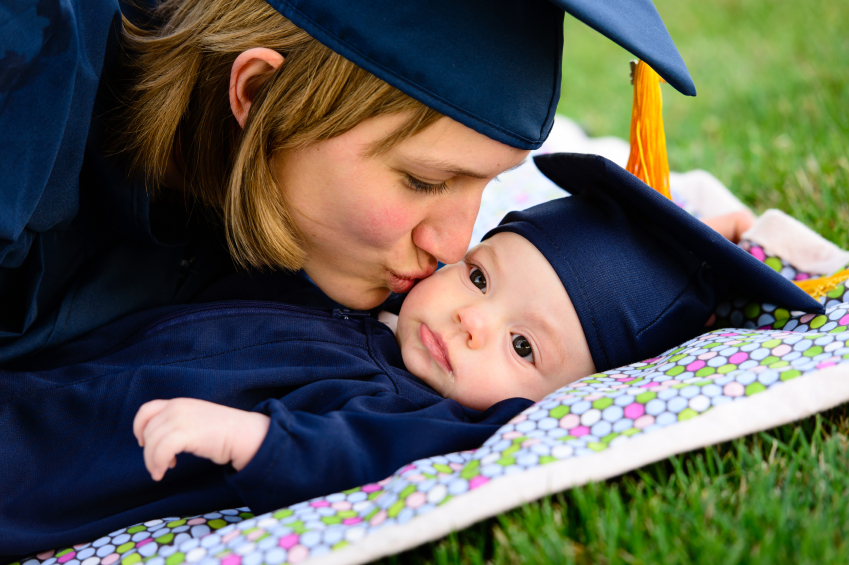 ANN ARBOR—A mother knows best—and the amount of education she attains can predict her children’s success in reading and math. In fact, that success is greater if she had her child later in life, according to a new University of Michigan study.

“These results provide compelling evidence that having a child during adolescence has enduring negative consequences for the achievement of the next generation,” Tang said.

The negative consequences of teen mothers not only affect the child born when the mother was an adolescent, but they affect the mother’s subsequent children as well.

“However, these children—and other children born to the mother when she wasn’t an adolescent—never catch up in achievement across time to children whose mothers had them after completing their education,” Davis-Kean said. “This group continues to carry a risk for lower achievement.”

The study’s data was taken from the Early Childhood Longitudinal Study-Kindergarten Cohort, a nationally representative sample of children who were first assessed upon entering kindergarten in 1998 and were interviewed through spring 2007.

In 14,279 cases, the children’s math and reading scores were collected in third, fifth and eighth grades.

Researchers used this data to compare achievement trajectories (kindergarten through eighth grade) of children born either to teen moms (18 or younger) or to adult mothers (19 and older) at the birth of their first child. The analyses took into account mothers’ educational expectations for their children, the home environment and other characteristics, such as household income, that may influence children’s achievement.

Trends indicate that mothers who give birth during adolescence have much lower rates of high school completion and college enrollment in comparison to their counterparts who delay pregnancy.

Given that growth in achievement generally stays the same across time for math and reading for all children in the sample, these patterns highlight the importance of investing in early interventions that target adolescent mothers and provide them with the skills needed to promote their children’s learning, Tang said.

The findings appear in the current issue of the Journal of Research on Adolescence.