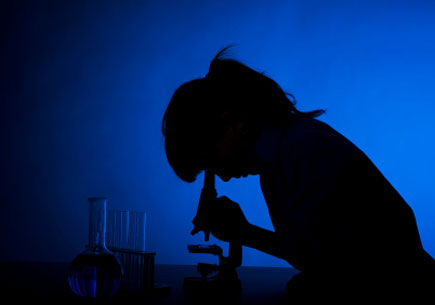 However, if women are perceived as having feminine qualities, their success may actually decrease interest in these fields (usually referred to as “STEM”), particularly among young girls, according to a new University of Michigan study.

The researchers conducted two studies about how middle school girls perceive female STEM role models. If women are successful in STEM fields, research indicates others dislike them and label them less attractive, not competent or unable to secure high salaries.

These negative images become increasingly critical when trying to get young girls interested in science and math to increase the number of women in academic and professional careers in these fields.

“The unfeminine STEM images matter because a field’s reputation can affect whether students like it,” said Betz, a doctoral student in social psychology.

The first study involved 144 sixth- and seventh-grade girls who completed surveys on computers. They were asked about their three favorite subjects, and those who liked math, science or both were considered as “STEM-identified.”

Participants completed a self-evaluation of math skills and a questionnaire about their future plans to take high school math.

The researchers found that feminine STEM role models decreased girls’ self-rated math interest, ability and short-term success expectations. They also had a negative impact on girls’ future plans to study math among girls who did not identify with STEM

The second study, which involved 42 participants, investigated why girls who disliked math and science were least motivated by feminine STEM role models.

Sekaquaptewa said girls not interested in math and science saw simultaneous success in both domains at least attainable, suggesting that their lack of motivation was related to the perceived unlikelihood of combining femininity and STEM success.

Replicating past research, this work suggests that role models whose success seems unobtainable can make young students feel threatened rather than motivated. But even if they see feminine STEM role models, girls who do not care for math or science might not be motivated to like these fields.

“Rather than opening these girls’ minds to new possibilities, the feminine STEM role model seemed to shut them further,” said Sekaquaptewa, U-M professor of psychology.

The overall study raises the possibility that role models who counter more than one competing stereotype (women can be good at math or be feminine, but not both) are less effective than role models who just counter one (e.g., a typical woman who excels in STEM). The researchers also say that young girls may see their success as difficult to emulate if they believe that women in STEM are “too good” to be role models.

The findings appear in the journal Social Psychological and Personality Science.