Study finds Indigenous nations across the U.S. have lost 98.9% of their historical land base; historical land dispossession is associated with current and future climate risk 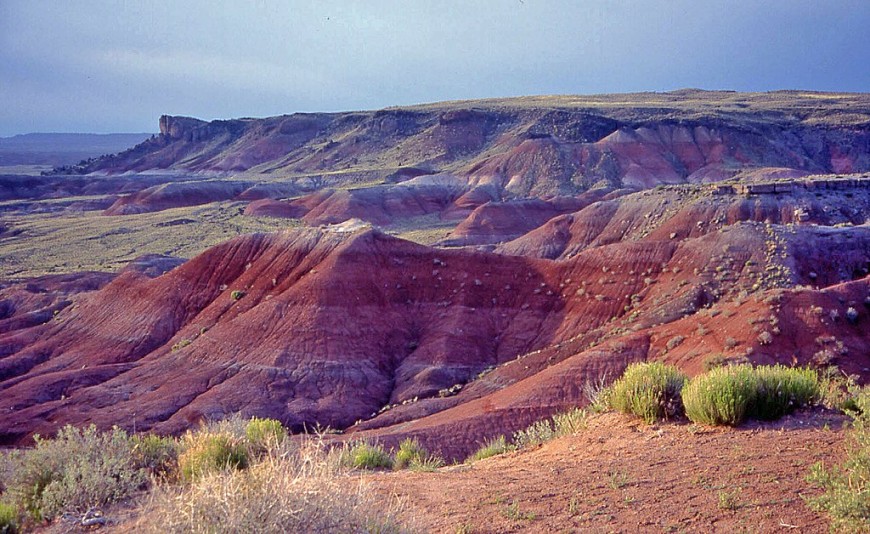 In a first-of-its-kind study, a team of researchers attempted to quantify the massive loss of historical lands by Indigenous nations across the United States since European settlers first began laying claim to the continent.

They also found historical land dispossession was associated with current and future climate risks as Indigenous peoples were forced to lands that are more exposed to a range of climate change risks and hazards and less likely to lie over valuable subsurface oil and gas resources.

The study, published online Oct. 28 in the journal Science, was led by Justin Farrell of the Yale School of the Environment. Co-authors include Kyle Whyte of the University of Michigan School for Environment and Sustainability.

“Everyone who’s read history—or a true version of it—knows this story,” Farrell said. “But this is the first scholarly study that has looked at the full scope of change and tried to quantify it, to systematically geo-reference it at scale.”

“The research confirms what Indigenous leaders have been calling out for years,” said Whyte, who is an enrolled member of the Citizen Potawatomi Nation. “The U.S. still has not addressed the land dispossession and the suppression of Indigenous territorial governance that are at the root of why Indigenous peoples face disproportionate vulnerability to climate change impacts.”

The study, published with all the data hosted and made public in collaboration with the Native Land Information System, was a Herculean effort pursued on and off over the last seven years.

The hope, according to lead author Farrell and his team, is that other scholars and members of Indigenous nations will review and improve the findings moving forward via open data and public dashboards, providing a more complete and accurate picture of the extent of land dispossession among Indigenous nations.

Among their findings was that Indigenous nations across the U.S. have lost 98.9% of their historical land base since European settlers first began to lay claim to the continent. More than 40% of tribes from the historical period now possess no federally recognized land.

Beyond this single figure, though, the researchers connected their findings to overlapping questions of climate risk and natural resource availability. How, they asked, does exposure to the effects of climate change differ between past and present? How does the agricultural suitability of historical lands compare to current lands? What about oil and gas mineral availability? Beyond the vast quantity of land that was lost, what, the researchers wondered, can be said of the land’s quality?

“Obviously, the top-line finding is that, because of systematic land dispossession and forced migration under settler colonialism, Native peoples are exposed to much higher vulnerability due to climate change,” said Paul Burow, a doctoral candidate at the Yale School of the Environment and a co-author of the paper.

Present-day lands endure, on average, an increased number of extreme-heat days compared to historical lands, for instance. Wildfire risks are also more severe for about half of all tribes. Findings on agricultural suitability were mixed; the oil and gas mineral value potential of modern lands is less than historical lands.

“And while this gives us a very broad understanding of climate impacts, the work really opens opportunities to derive a more nuanced understanding of effects at the local level,” Burow said. “This is the beginning of a long-term, comprehensive research program that will let anybody drill down on how different climate dynamics are touching specific Indigenous peoples and the places they live.”

He offered extreme heat as an example: An averaged finding on increased risk of extreme heat to the nation’s Indigenous tribal groups is informative, but, at the end of the day, this risk is more meaningful to some communities than others; and so localized data on extreme heat or wildfire risk in, say, the West would be of greater value.

This project, noted Kathryn McConnell, another doctoral candidate at the Yale School of the Environment and a co-author of the paper, fits within a larger research trend linking “contemporary climate impacts to past histories.”

“The goal is to bring this historical conversation into contact with the conversations around climate impacts,” she said.

She also highlighted the important decision to make the data publicly available, as much of the information they collected has historically remained in the hands of academics and commercial interests.

“There is a violent legacy that persists today, and it remains critical that we try to understand it at large scales,” Farrell said. “Not only for historical clarity around land dispossession and forced migration, but for concrete policies moving forward: How can we use this information so that day-to-day, lived experiences of Indigenous peoples are improved—so that the existing inequities are righted and future risks mitigated?”

Story provided by the Yale School of the Environment