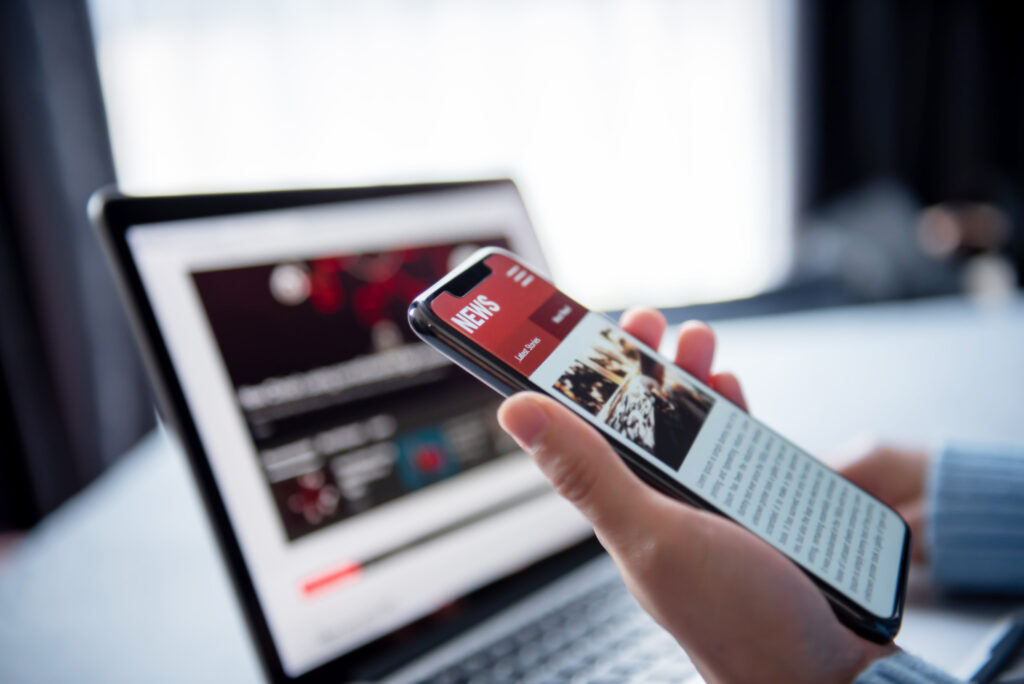 If you are among the Facebook and Twitter users who thought posts you read during the heart of the pandemic and election were conspiracy laden, politically one-sided and just flat-out antagonistic, you might have been onto something.

A deeper dive into the social media content spread by “iffy” news sources during the height of the pandemic and election shows a proliferation of “axe-grinding” stories with an extremely conservative political bent, researchers at the University of Michigan Center for Social Media Responsibility say.

The majority of these stories published on Facebook and Twitter centered around issues or events that were deemed to have been mishandled previously, typically by an opposing ideological party, questioning the integrity of events like the Robert Mueller investigation and the (mis)treatment of Michael Flynn, and even wondering about President Obama’s and/or his administration’s complicity in both.

“The surprising thing about these stories is that they weren’t new; they were revisiting old grievances and trying to settle old scores,” said Paul Resnick, center director and the Michael D. Cohen Collegiate Professor of Information.

The Iffy Quotient tool from the center is a metric used to track the progress of social media sites to limit the spread of misinformation. It measures the fraction of the most popular URLs on Facebook and Twitter that come from iffy sites that often publish misinformation. NewsWhip determines the most popular URLs each day, while NewsGuard provides website ratings, with Media Bias/Fact Check providing ratings for sites unrated by NewsGuard.

In November, when the researchers first crunched data from May 1 to July 16, 2020, they found that coverage of racism, protests and riots, and the election published by iffy websites surpassed questionable content about COVID-19. The three topics combined made up more than 75% of the content of OK sites and nearly 60% of the fodder on iffy sites. OK sites include, but are not limited to, mainstream news sources.

So, the researchers decided to take a look at what made up the 24% of remaining OK and 41% of iffy content on the two social media sites.

Beyond the three major topics, a miscellaneous collection of current news items appeared among the popular stories from OK sites. Their topics ranged from gun control legislation, violence and the U.S. government to pop culture, the arts and non-U.S. news. These made up 23% of OK site popular stories.

Popular stories from iffy sites were similar, touching on U.S. politics (separate from the presidential election), the media, police (unrelated to race relations), pop culture and crime, among others. Topics were diverse but there was a noticeable trend in the perspective and tone of most of the stories: They often presented news or viewpoints that were unfavorable to the subjects of the stories (e.g., CNN, Democrats, Bill Gates, George Soros), and they typically struck a tone that indicated a more politically conservative alignment. These stories were nearly 29% of iffy site popular stories.

The researchers discovered that axe-grinding stories made up about 13% of the iffy stories, outnumbering all iffy COVID-19 content (11%).

The OK sites had a small amount of axe-grinding content, 1.4%, usually involving retrospective critiques of President Trump in the form of opinion pieces.

“We can see that the catch-all current news category contains a meaningful percentage of stories from both OK and iffy sites,” Resnick said. “This is hardly unexpected since the range of newsworthy topics that may be popular with social media users at any given time is incredibly broad.

“On the other hand, it may be remarkable that during the period of our analysis there were more popular axe-grinding stories from iffy sites than there were COVID-19 stories from the same sites.”