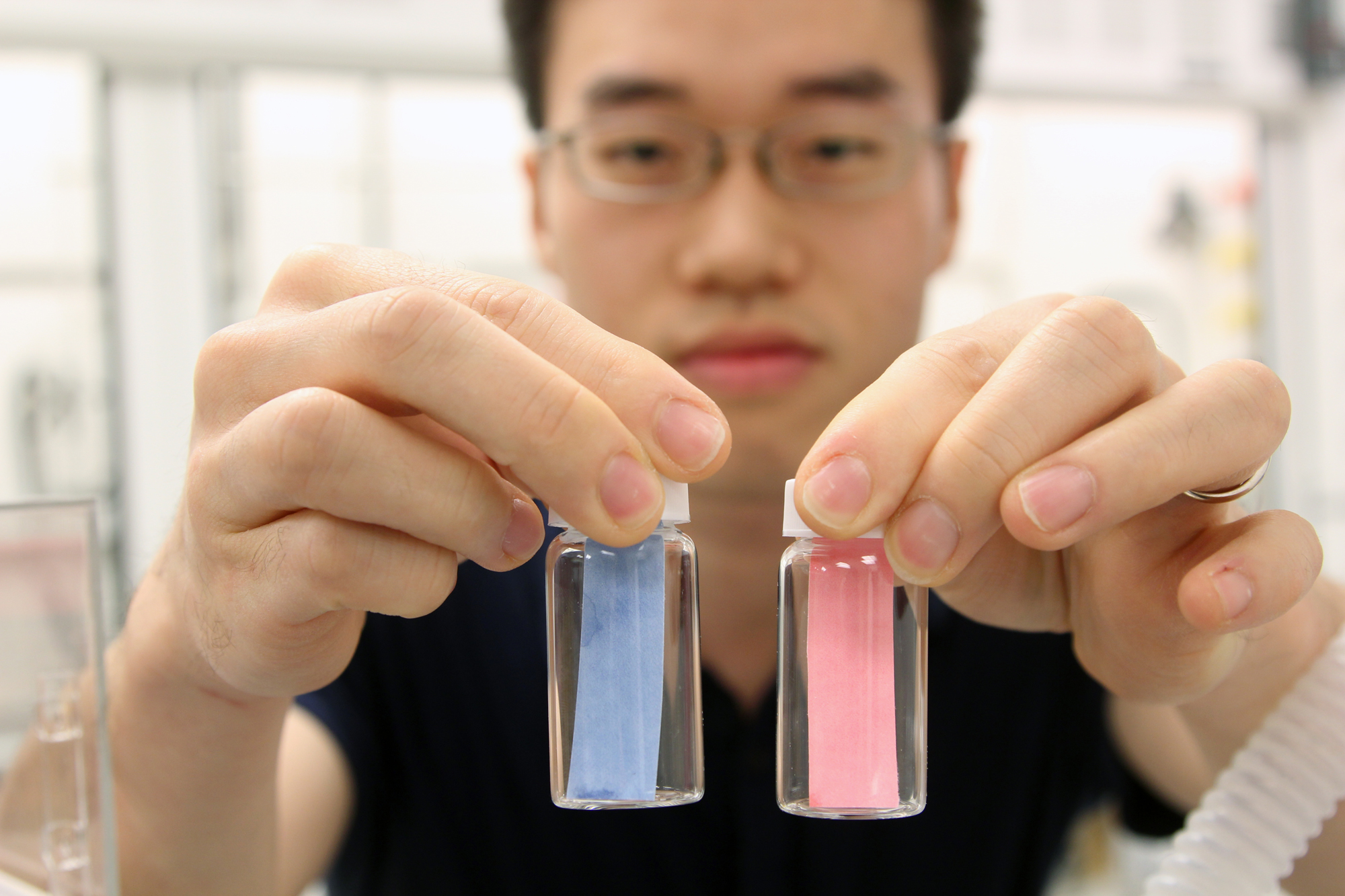 Sungbaek Seo, a doctoral student in the program in Macromolecular Science and Engineering holds paper litmus tests of Nerve Agent Detection at the NCRC building on UM North Campus. Image credit: Marcin Szczepanski/University of Michigan, COE Multimedia ProducerANN ARBOR—Nerve gases are colorless, odorless, tasteless and deadly. While today’s soldiers carry masks and other protective gear, they don’t have reliable ways of knowing when they need them in time. That could change, thanks to a new litmus-like paper sensor made at the University of Michigan.

The paper strips are designed to change color from blue to pink within 30 second of exposure to trace amounts of nerve gas.

“We wanted to develop an equipment-free, motion-free, highly sensitive technology that uses just our bare eyes.”

A paper on their sensor is published online in Advanced Functional Materials. It will appear in a forthcoming print edition. 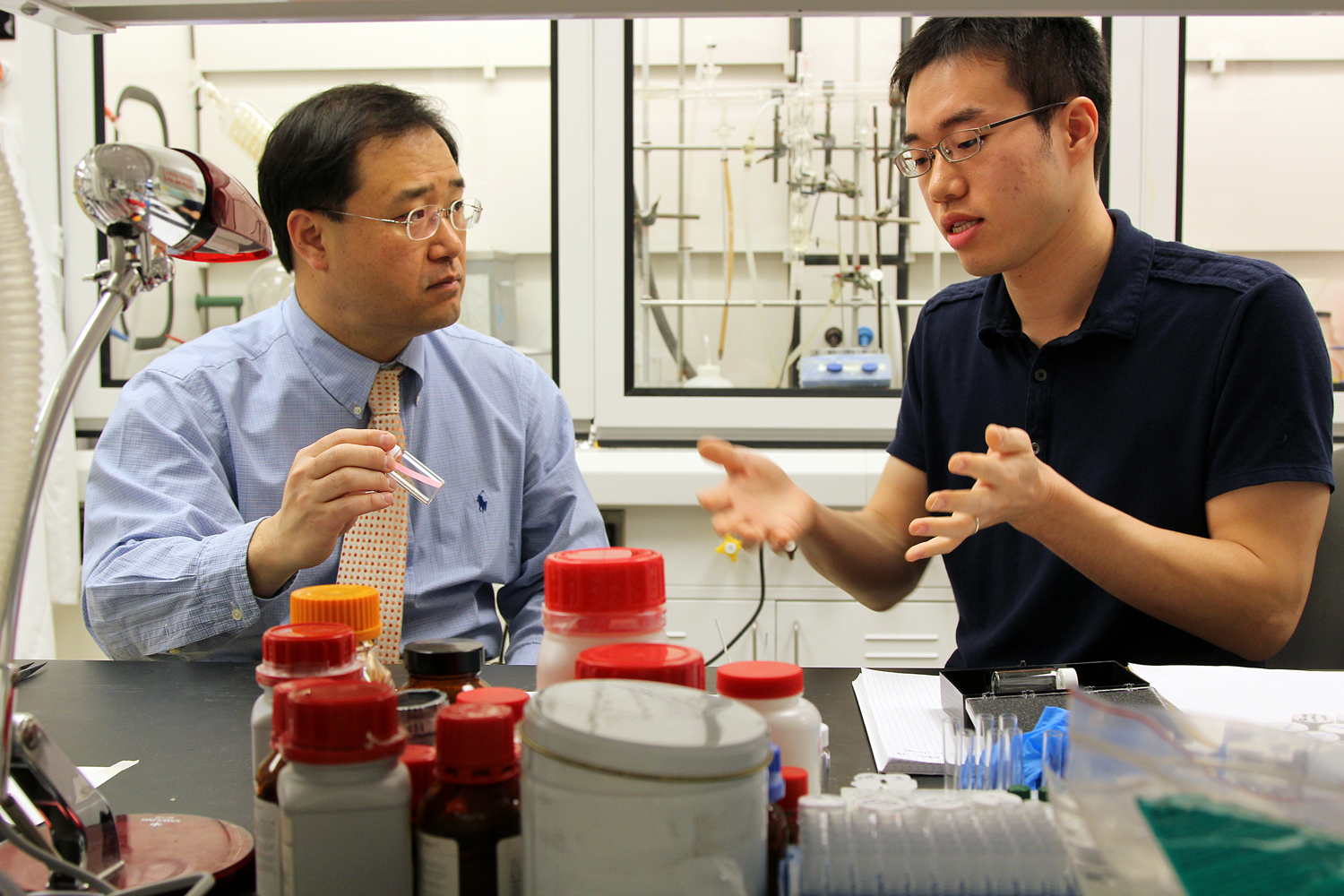 Sungbaek Seo (right), a doctoral student in the program in Macromolecular Science and Engineering and Michigan Engineering Professor Jinsang Kim discuss Nerve Agent Detection at Kim’s lab in the NCRC building on UM North Campus. Image credit: Marcin Szczepanski/University of Michigan, COE Multimedia ProducerThe new sensors combine a group of atoms from a nerve gas antidote with a molecule that changes color when it’s under mechanical stress. The antidote’s functional group binds to the nerve gas, and the resulting stress triggers the color-changing molecule to turn from blue to pink.

In their experiment, the researchers used a less toxic “nerve agent simulant” related to Sarin gas. Their sensors were able to detect its presence at a concentration of 160 parts per billion, which is five times less than the amount that would kill a monkey.

“We believe these paper strips would detect real and potent nerve gases faster and in even lower concentrations considering their high vapor pressure and more volatile properties,” Kim said.

“It feels so gratifying when we, as scientists and engineers, can provide solutions to our society through research.”

The university is pursuing patent protection for the intellectual property, and is seeking commercialization partners to help bring the technology to market.

The paper is titled “Colorimetric Detection of Warfare Gases by Polydiacetylenes Toward Equipment-Free Detection.” The research is funded by the National Science Foundation and the National Research Foundation of Korea.