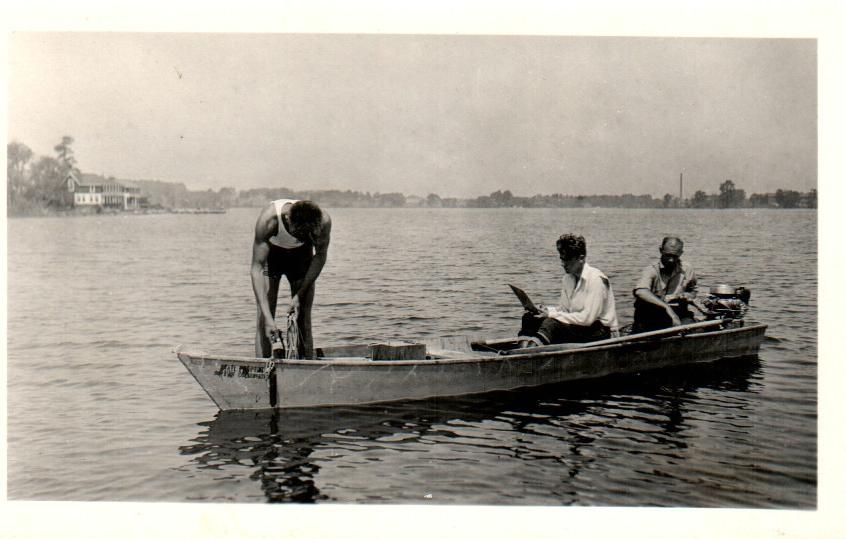 University of Michigan researchers will enlist the help of citizen scientists in a new project to digitize thousands of historical records—some dating back more than a century—about Michigan inland lake conditions and fish abundances.

Scientists will feed the digitized data into computer models to study the impacts of climate change and other factors on the fish in Michigan’s inland lakes.

The lake survey data were originally collected on tens of thousands of 5-by-7 paper observation cards that are archived at the Institute for Fisheries Research, a collaboration between the university and the Michigan Department of Natural Resources.

“Starting more than a century ago, lake surveys have been used to understand how fish were distributed across the state, which lakes would support sport fishing and how lakes should be managed,” said project co-leader Karen Alofs, an aquatic ecologist and an assistant professor at the U-M School for Environment and Sustainability.

“Digitizing this historical data will allow us to analyze trends in fish communities over time and to relate those trends to a warming climate and to other environmental changes and management decisions.”

The crowdsourcing project launched March 16 and is funded by a $90,000 grant from U-M’s Michigan Institute for Data Science. The team includes researchers from the School for Environment and Sustainability, School of Information, Museum of Zoology, Department of Ecology and Evolutionary Biology, University of Michigan Library and Shapiro Design Lab, as well as the Institute for Fisheries Research and the Michigan Department of Natural Resources.

The project will use the Zooniverse crowdsourcing platform to engage the public. No previous knowledge or special expertise is required of volunteers, just a willingness to help transcribe historical data about fish species, abundance and size, as well as lake environmental characteristics and sampling details. To join the project, visit Zooniverse.

Lake surveys have a long history in Michigan, dating back to 1883. In the 1920s, much of the work was done by ichthyologists at the U-M Museum of Zoology. The Institute for Fisheries Research was founded in 1930 and formalized cooperation between the university and the state agency then known as the Michigan Department of Conservation.

Among the institute’s many contributions was the development of standardized survey techniques and the implementation of a comprehensive inventory of Michigan lakes to determine suitable management methods.

Since 1995, lake survey data have been entered into an electronic database that is readily accessible online. But before then, the information was meticulously recorded on paper cards, creating a detailed, decades-spanning record of how the diversity, abundance and growth of various fish species have changed at specific Michigan locations over time. 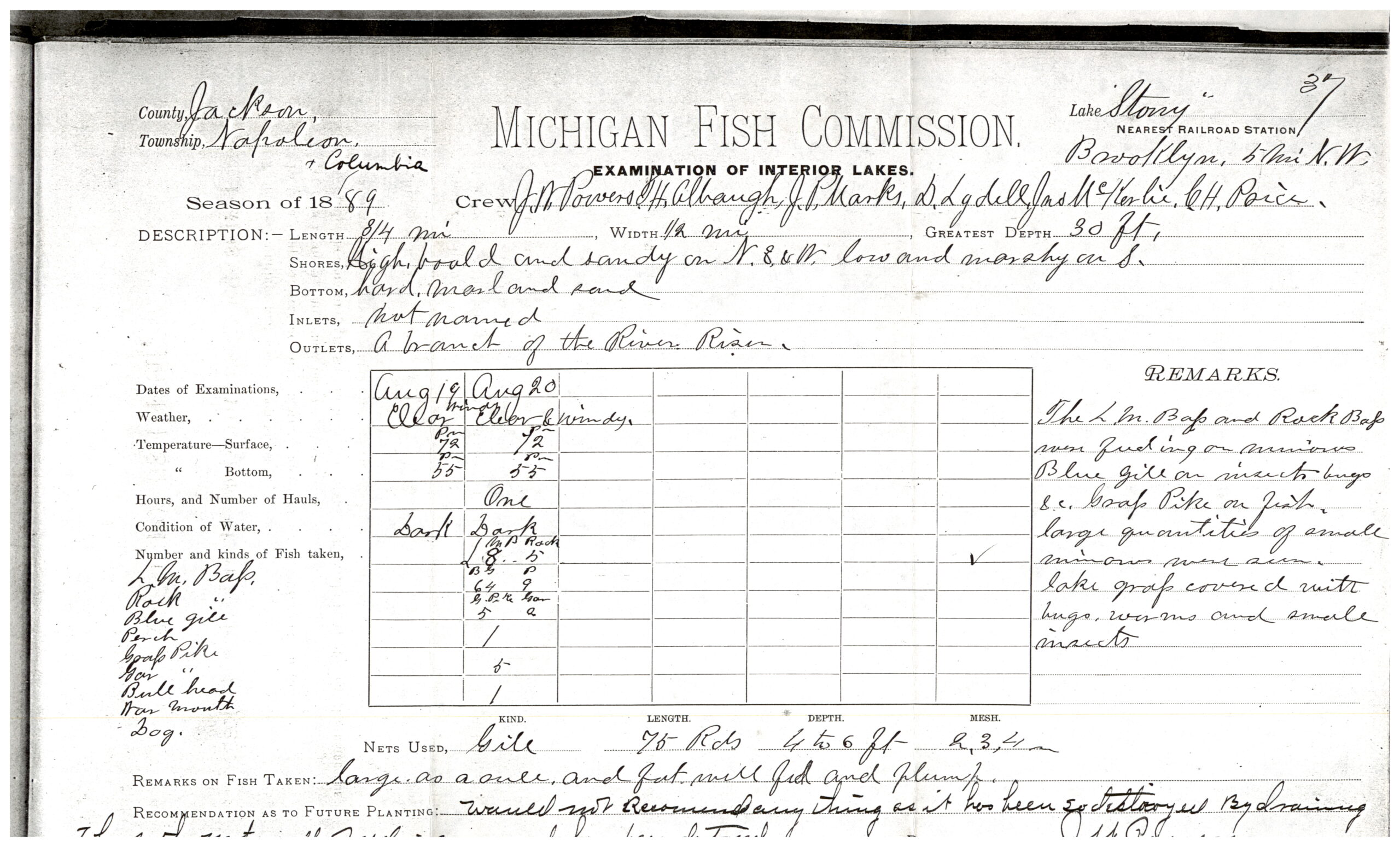 Most of the lake survey cards in U-M’s new Zooniverse project
were collected from the 1920s through the 1950s, but some are older. The oldest card
to be used in the project is from 1889 and describes a survey at Stony Lake in Jackson
County. Under “number and kinds of fish taken,” the card lists largemouth bass, rock
bass, bluegill, perch, grass pike, gar pike, bullhead, warmouth and dogfish (an older
common name for bowfin). Image credit: Michigan Department of Natural Resources.

This is the dataset that will be mined in the new crowdsourcing project, which is formally known as the Collections, Heterogeneous data, and Next Generation Ecological Studies (CHANGES) project.

Most of the survey cards in the Zooniverse project were collected from the 1920s through the 1950s, but some are older. The oldest card to be used in the project is from 1889 and describes a survey at Stony Lake in Jackson County. Under “number and kinds of fish taken,” the card lists largemouth bass, rock bass, bluegill, perch, grass pike, gar pike, bullhead, warmouth and dogfish (an older common name for bowfin).

Over the decades, the state’s inland lakes and freshwater ecosystems have faced a variety of pressures, ranging from habitat loss to nonnative species invasions and a warming climate.

Shrinking cold-water habitat and longer summers, in particular, have contributed to declines in cool- and cold-water-adapted fishes—such as cisco and walleye—in inland lakes across the Great Lakes region. At the same time, fishes that prefer warm water, like bass and bluegill, are more common in northern lakes today than they were in the past.

“We know by informal observation that this is true in Michigan’s inland lakes, but this project will provide the hard data needed to examine these trends in detail,” U-M’s Alofs said. 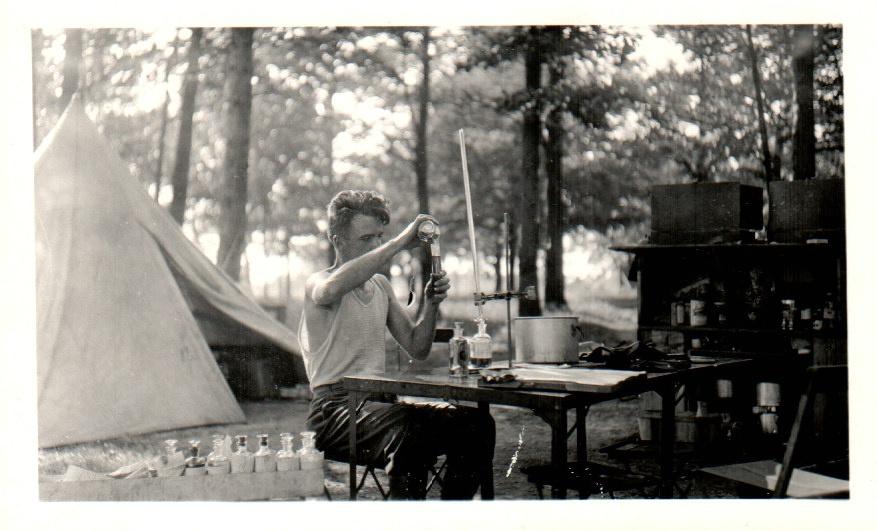 Globally, lake surface water temperatures increased an average of 0.6 degrees Fahrenheit (0.34 C) per decade between 1985 and 2009. In the Upper Midwest, surface water temperatures in inland lakes are expected to increase roughly 5.4 degrees Fahrenheit (3 C) by the end of the century, according to a widely cited 2017 study by Luke Winslow of the U.S. Geological Survey and his colleagues. Ice duration on the region’s inland lakes is expected to decrease by about 24 days per year by the end of the century, according to the same study.

Recently developed data-science approaches will allow the U-M-led team to combine various types of historical data in new ways and to build models to explain how and why fish populations have changed in recent decades, to predict what changes are likely to occur in the future, and to test fisheries management strategies.

“Michigan’s inland lakes have been gradually warming for decades and are expected to continue warming in coming decades,” Alofs said. “As these lakes have warmed, the communities of fish living in them have also changed. Through this project, we hope to better understand the extent of those changes and their implications for the resilience of the state’s fish populations in the future.”

The CHANGES project will also develop new ways to pair fish specimens and field notes from the U-M Museum of Zoology collections with data from historical lake surveys archived on cards at the Institute of Fisheries Research.

Co-principal investigators of the project, in addition to Alofs, are Andrea Thomer of the School of Information and Hernan Lopez Fernandez of the Department of Ecology and Evolutionary Biology and the Museum of Zoology. Senior investigators on the project are Randy Singer of the Museum of Zoology, Justin Schell of the University of Michigan Library and the Shapiro Design Lab, and Kevin Wehrly of the Institute for Fisheries Research and the Michigan Department of Natural Resources.