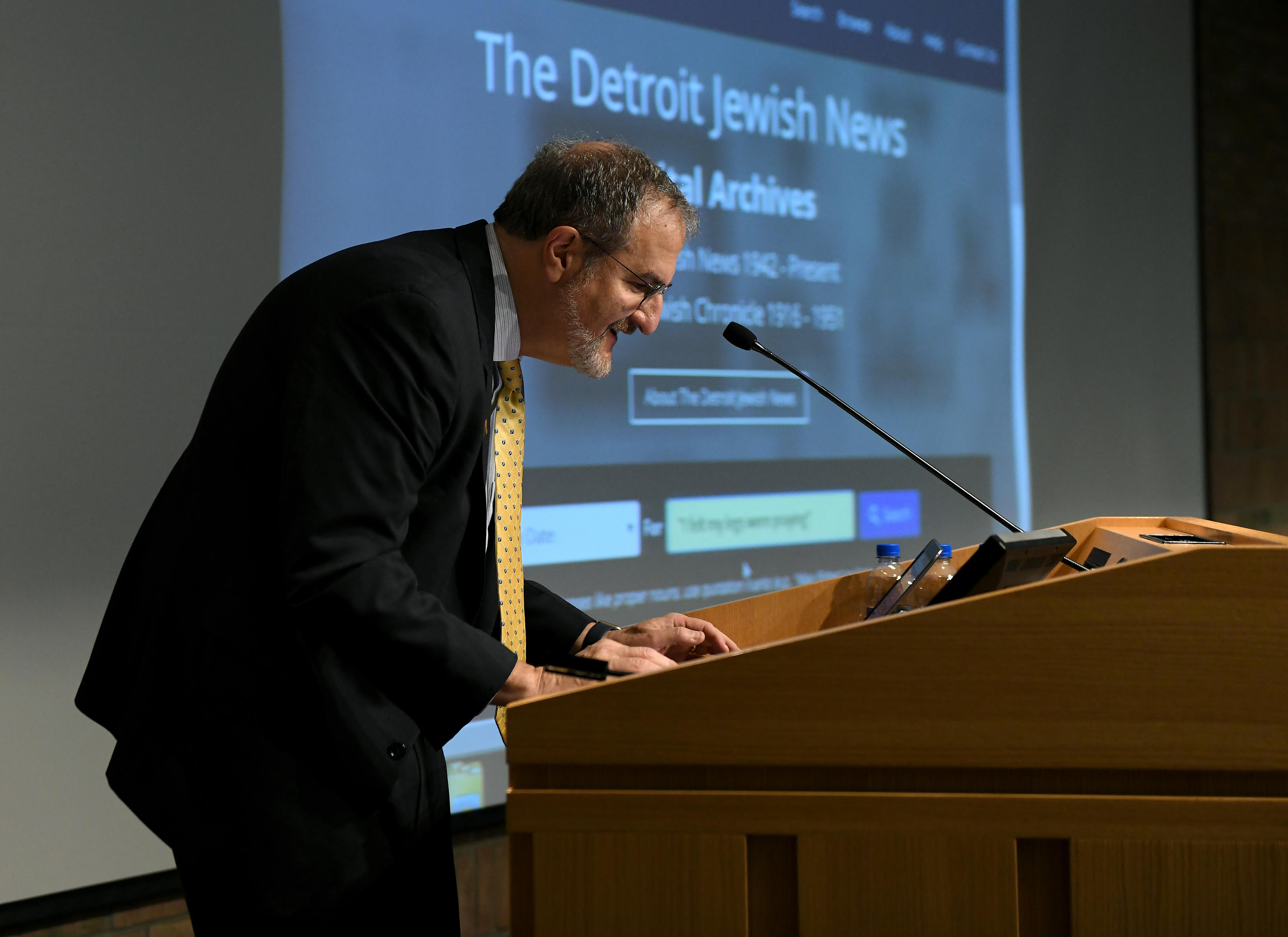 President Mark Schlissel performed the ceremonial first search, with a quote from Rabbi Abraham Joshua Heschel, who marched from Selma to Montgomery with Dr. Martin Luther King Jr. in 1968 and remarked, “I felt my legs were praying.”

According to Bentley Director Terrence McDonald, the digitization is important to the Bentley Library’s ongoing effort to preserve a diverse history of both the university and the state of Michigan.

“The Jewish News and Jewish Chronicle have served as the premier voice of its Detroit community for a century,” McDonald said. “Its history is an important part of the ethnic mosaic that is 20th-century Michigan. As part of our continuing digitization efforts, we are excited and pleased to preserve and maintain public access to this wonderful archive.”

The digital archive was completed in partnership with U-M Library, which developed the software platform and maintains the infrastructure for supporting and hosting the content.

“In an era of alternative facts and fake news,” Horwitz said, “the archive provides myriad ‘snapshots in time’ of events and activities that, when tied together, tell accurate stories about individuals, their families, their businesses, their connections to the Jewish and general communities and—whether it was the price of groceries at Dexter Davison Market or news headlines from Israel or Washington, D.C.—provide this information in the context of the era in which they occurred.”

Horwitz began planning for a way to preserve and protect back issues of the News in 2002, when a fire destroyed the DJN’s Southfield offices. No one was hurt, and offsite backups of business files made the next issue only a day late, but the bound volumes of the News stored in the office suffered some smoke and water damage.

When readers found out about the fire, Horwitz was inundated with questions about what happened to the newspaper archive.

“People throughout the community expressed concern about how well we were safeguarding their history, the community’s history.”

In 2011, Horwitz helped launch the Detroit Jewish News Foundation, which created the William Davidson Digital Archive of Jewish Detroit History in 2013. At a gala last May, it was announced that this archive will be revamped and moved to the Bentley’s servers.

“The digital archive assures the story of our community, and the individuals and families who continue to shape it, is always at our fingertips,” Horwitz said.