For the first time, FlexDex was used in minimally invasive procedures at Michigan Medicine 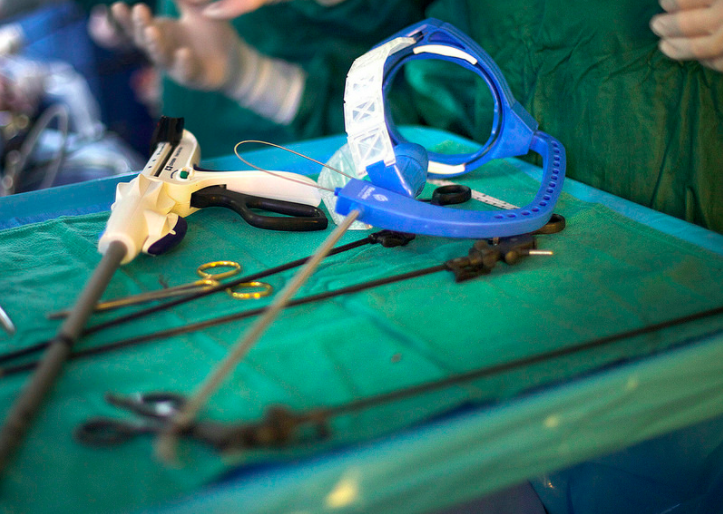 ANN ARBOR—In an era of spiraling health care cost concerns, a new $500 surgical instrument developed at the University of Michigan is vying to take the place of a $2 million robot for certain minimally invasive procedures.

U-M startup FlexDex Surgical’s first product—a simple, ergonomic and intuitive “needle driver” for stitching inside the body—has been used for the first time in a series of operations. FlexDex has begun shipping its product throughout the U.S. The platform is also expected to expand the use of minimally invasive surgery, an approach that allows patients to recover faster.

“This is the culmination of 10 years of effort and to know that the device is performing exactly as we expected it would, impacting patients’ lives in a positive way—it’s an amazing feeling. We always saw the potential, but now it’s crystallized,” said pediatric surgeon Jim Geiger, the Daniel H. Teitelbaum M.D. Collegiate Professor of Surgery at the U-M Medical School and pediatric surgeon at U-M C.S. Mott Children’s Hospital.

FlexDex is an all-mechanical platform that mounts to the surgeon’s arm. It uses a unique engineering approach to enable the tip of the instrument to mimic the direction of movement of the surgeon’s hand.

Geiger is a co-founder and co-inventor of FlexDex along with Shorya Awtar, associate professor of mechanical engineering. Michigan Medicine surgeons including Geiger have used the needle driver in several laparoscopic and thoracic procedures. Going forward, FlexDex technology will be used in a long list of operations including hernia repairs, hysterectomies and prostatectomies at U-M and beyond.

Minimally invasive procedures are much less traumatic than traditional open surgeries. Surgeons make smaller incisions. They use laparoscopic cameras to see inside the body, and specialized, smaller instruments to perform the operation. Patients recover faster, and healing hurts less. But the instruments available for surgeons to do them have been either cumbersome or expensive—or both.

“FlexDex provides the functionality of robots at the cost of traditional hand-held laparoscopic instruments. We’ve disrupted the paradigm where surgeons and hospitals had to choose between high cost/high function and low cost/low function,” Awtar said. “Our mission is to democratize minimally invasive surgery and expand its use around the U.S. and the world.”

The technology began as basic research funded by the National Science Foundation in Awtar’s lab. The team, along with others, founded the company in 2014. They see their platform as a breakthrough in both surgery and engineering. FlexDex’s fully mechanical system amounts to remote control with no electronics.

“It’s kind of like the transition from mainframe computers to smartphones. You hardly need a manual to use it. It’s just intuitive,” Awtar said.

To stitch internally, for example, surgeons can opt for old-fashioned straight-stick instruments that make complex tasks like suturing and knot-tying ergonomically challenging and extremely difficult to learn, Geiger said. Or they can use the high-tech daVinci Surgical System, a robot-assisted approach that’s not available at all hospitals due to its cost. It takes considerable training to learn how to use a robot-assisted system.

Technically, FlexDex is simple in its design. It’s all mechanical, rather than electronic. One of its key innovations is the instrument’s patented “Virtual Center,” which locates the device’s center of rotation at the same point as the surgeon’s wrist.

Geiger demonstrated: “If I move my hand up, the device tip goes up. Wherever I move my hand, the tip of this instrument follows.” No other instrument currently on the market operates like this. 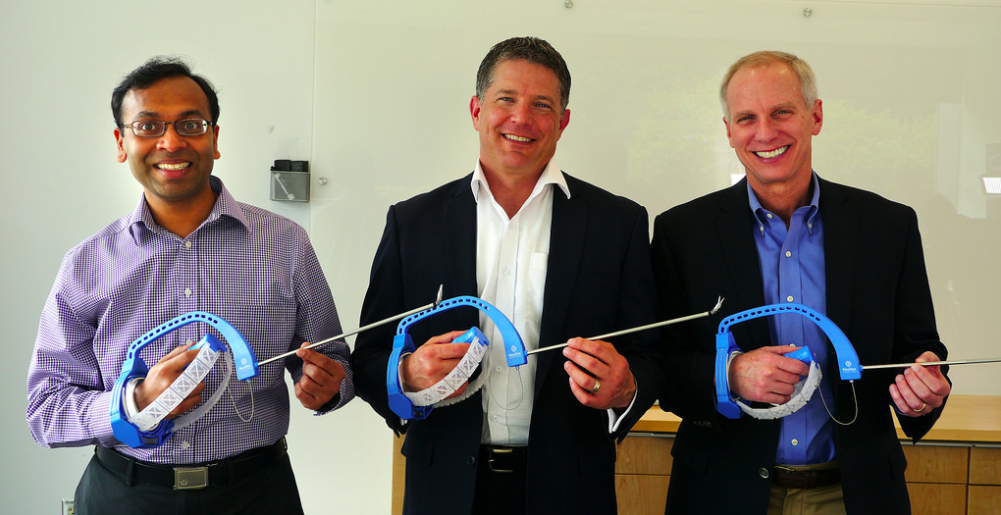 FlexDex’s origin story is a testament to the power of the university setting to take basic research from the lab bench to the bedside, the researchers say. Awtar had a job in industry when he came across the daVinci Surgical System at a healthcare conference.

“I was amazed by the sophistication of the technology,” he said. “At the same time, I had a strong instinct that this functionality can be achieved much more simply and cost-effectively. At its price point, this technology would not reach patients across the globe.”

Upon joining U-M in 2007, Awtar connected with Geiger, who had been searching for solutions to the same problem.

FlexDex plans to release additional instruments for its platform in the coming year. It has raised almost $10 million through National Science Foundation SBIR grants and Series A and B private investments. U-M has equity in FlexDex Inc. and the founders and the university could financially benefit from the sale and use of FlexDex products.