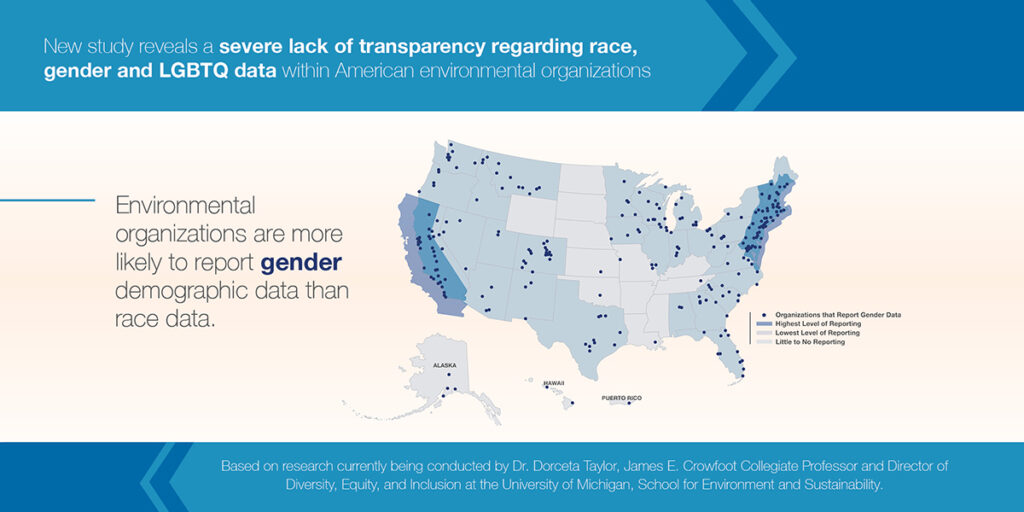 ANN ARBOR—New research finds that environmental organizations are still reluctant to release data or report on the gender, race and LGBTQ composition of their staff.

In a study conducted by Dorceta Taylor of the University of Michigan’s School for Environment and Sustainability, initial findings reveal that environmental organizations are generally hesitant to make their demographic and diversity data public. 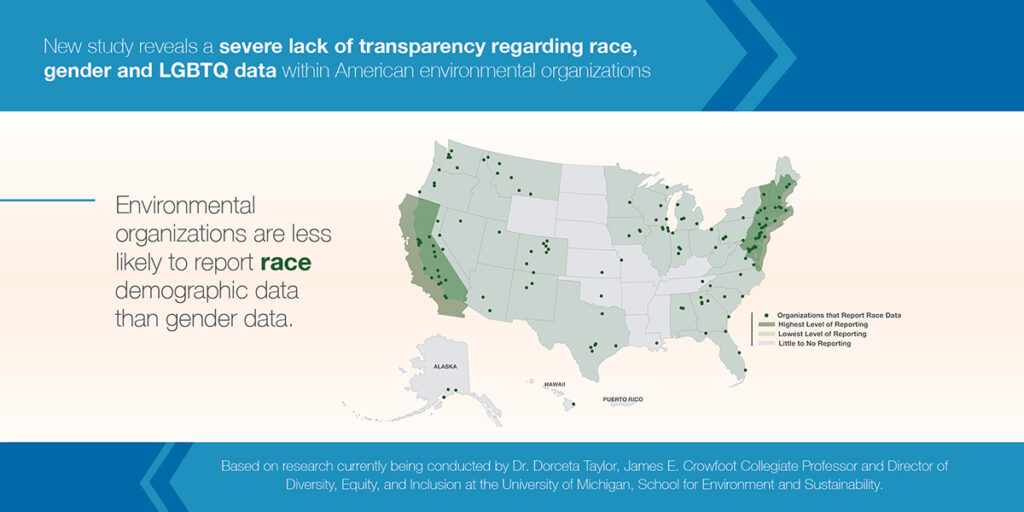 Taylor and her team studied more than 12,000 environmental organizations of different sizes and types in all U.S. states and territories to find out whether they reported information about the demographic characteristics of their staff on public platforms like GuideStar. 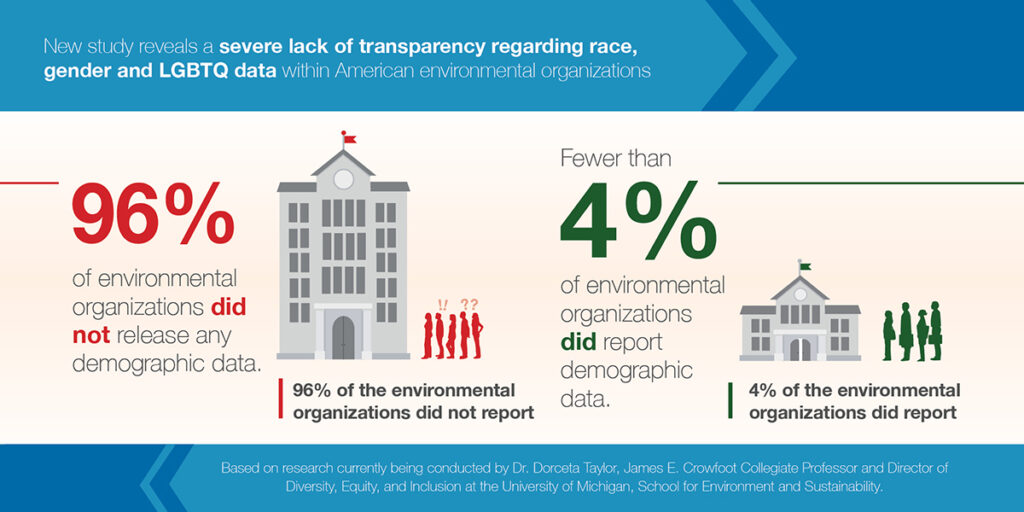 When Taylor released the report, The State of Diversity in Environmental Organizations: Mainstream NGOs, Foundations, and Government Agencies, in 2014, she and Green 2.0, an initiative focused on increasing racial diversity across mainstream environmental NGOs, foundations and government agencies, called for increased transparency about and reporting on the demographic characteristics of environmental organizations. Green 2.0 collaborated with GuideStar to make such reporting a part of the profile that environmental nonprofits put on the GuideStar platform.

Five years later, Taylor finds a “pervasive culture of secrecy that leads most environmental organizations to keep demographic information private or hidden behind a veil of ignorance by claiming that they do not collect demographic data about their employees.” 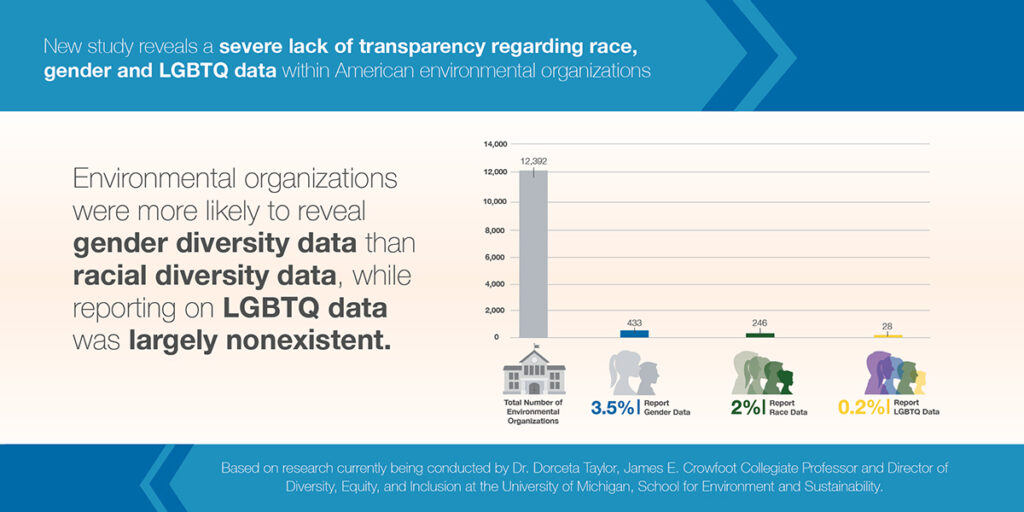 Some of the early findings of the 2019 study, presented earlier this year in Chicago at the New Horizons in Conservation conference, include: 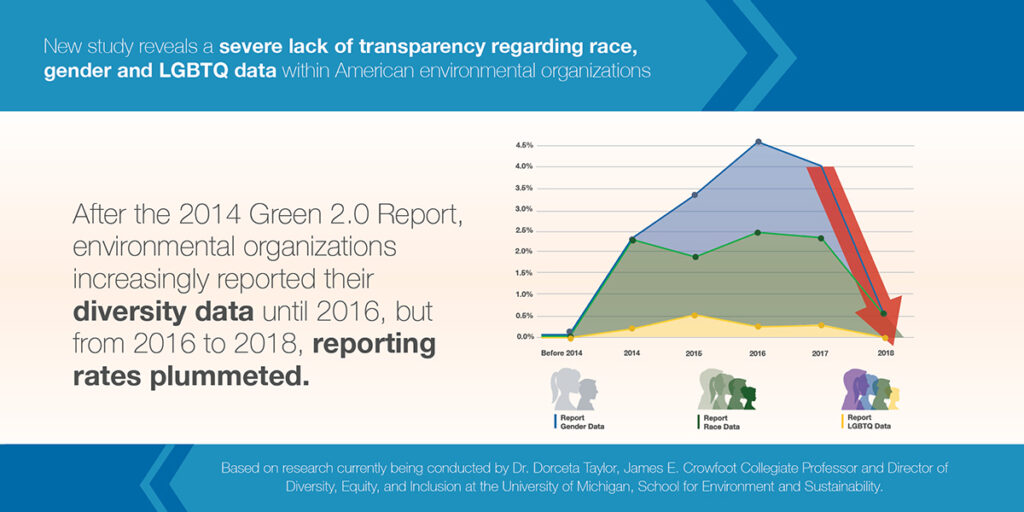 These findings were presented at the New Horizons in Conservation conference. The results are part of an ongoing study Taylor is conducting on diversity and equity in environmental institutions. A report with detailed findings from the research project will be available this fall.