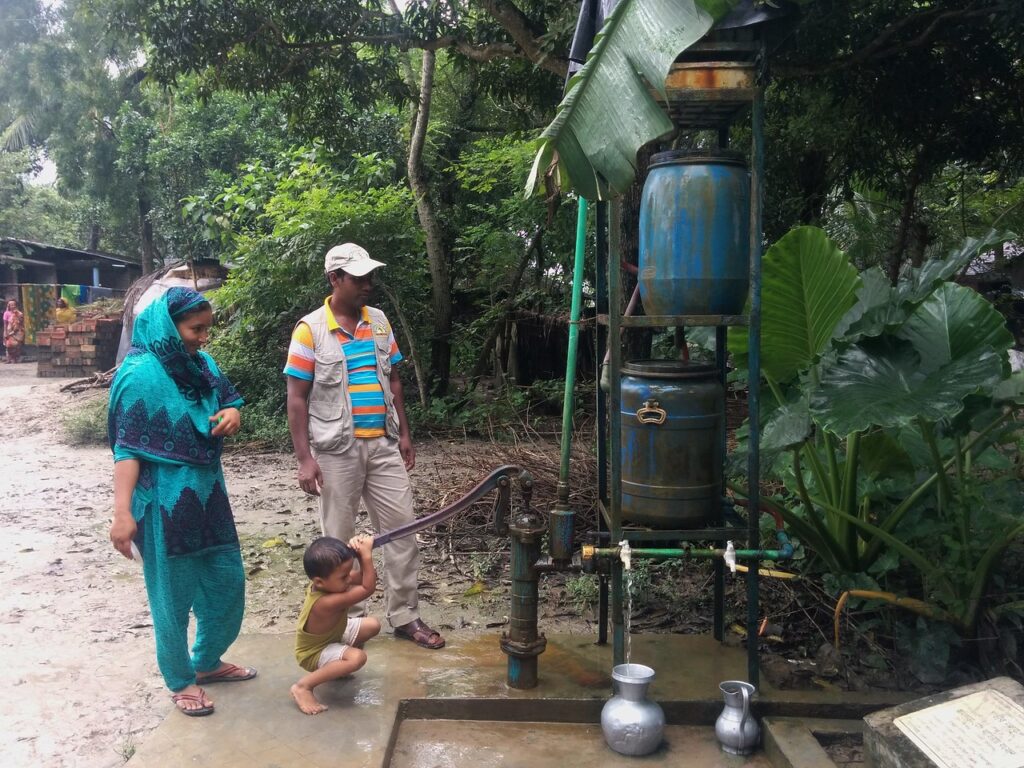 ANN ARBOR—Researchers at the University of Michigan have raised serious concerns with the performance of some arsenic test kits commonly used in Bangladesh to monitor water contamination.

Their study tested eight commercially available arsenic test kits, and found that several—including the most widely used in Bangladesh—performed poorly.

“The implication is that well waters could have arsenic well above the safe drinking water limit, even though the test result says the level is much lower and safe,” said Kim Hayes, U-M professor in civil and environmental engineering and one of the study’s lead researchers. “These findings point to the need for manufacturers to ensure the accuracy of kits, and in particular, that the calibration color charts provided are consistent with the kit performance.”

The study was published online in November in Water Research and will appear in the March 2020 print edition of the journal. 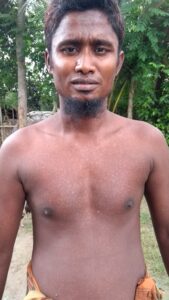 Arsenic in water is a long-standing problem in Bangladesh. About 25 million Bangladeshis face serious risks of developing skin lesions and cancers due to unsafe levels of arsenic in drinking water. Testing water quality and sharing the results with residents has been one of the most effective interventions for reducing the number of households consuming arsenic-contaminated water.

In rural arsenic-affected locations, government agencies and nongovernmental organizations often rely on field-test kits to monitor drinking water quality. Raghav Reddy, who recently obtained his doctorate from U-M in environmental engineering, learned through conversations with local users of field-test kits that there were concerns about the accuracy of the kits.

More than 300 arsenic test kit measurements were run across 21 different water samples in Bangladesh and 14 different test kit boxes of eight commercial products. For a subset of water samples, the completed test strips were also presented to a five-person panel consisting of government and NGO employees who regularly use arsenic field-test kits. Comparison by the panel of the test strip color to calibration color blocks allowed an assessment of the variability of color matching by eye by expert users. 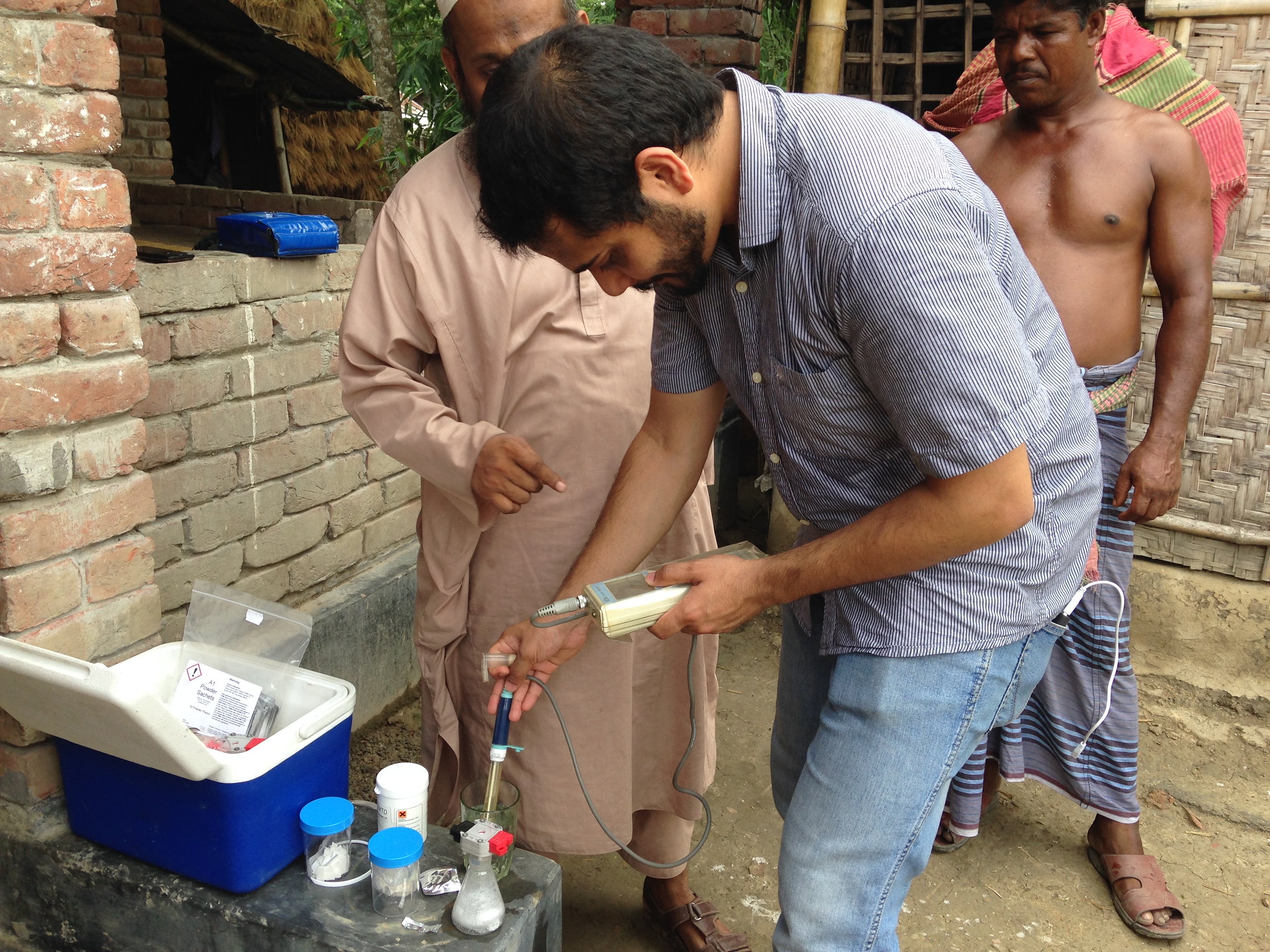 Finally, a color scanner, employed to eliminate user-dependent color matching errors, was used to assess the accuracy and precision of each kit. The most accurate kits returned field-test values closest to lab-tested arsenic values. The most precise kits were highly consistent when repeated. Two kits (LaMotte and Quick II) provided accurate and precise estimates of arsenic; four kits (Econo-Quick, Quick, Wagtech and Merck) were either accurate or precise, but not both; and two kits (Hach and Econo-Quick II) were neither accurate nor precise.

Arsenic detection for all kits in this study is based on the Gutzeit method, in which arsenic species form a colored complex on a paper test strip with color intensity proportional to arsenic concentration in water samples. The manufacturers provide a color calibration chart for manual color matching. 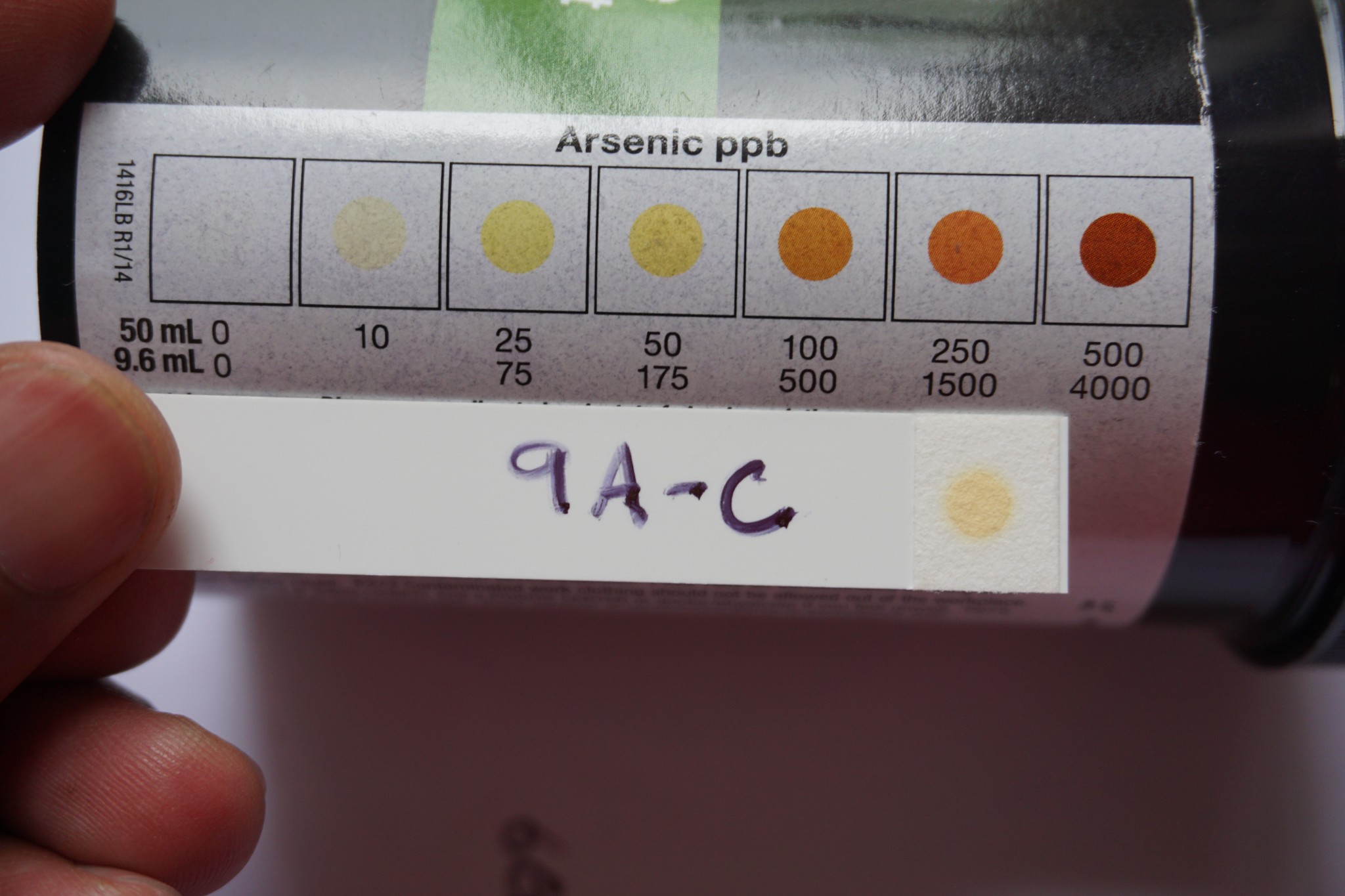 After a series of steps with different chemical reagents, the color that develops on a test strip is compared to a reference chart provided by the kit manufacturer. A darker color indicates a higher concentration of arsenic in the water sample. Image credit: R. Reddy

“Simply put, the Hach test strip colors are too light, in comparison to the darker color block charts provided by the manufacturer, for a verified arsenic concentration in laboratory measurements, while the Econo-Quick test strips are too dark,” Hayes said.

“Particularly worrisome are kits that produce lighter color test strips than they should.

“Such an underestimation of arsenic means a well might be labeled as meeting a safe water quality standard when in fact it does not. Our results mean that individuals could be drinking and cooking with arsenic-contaminated water while believing it to be safe because of faulty test kits.”

The other researchers on the study include Lutgarde Raskin, principal investigator of the research, U-M College of Engineering; Grace Rodriguez, a recent graduate of the U-M College of Engineering and the School for Environment and Sustainability; Tara Webster, University of Colorado, CIRES; and Rezaul Karim and Joynul Abedin from the Asia Arsenic Network in Jessore, Bangladesh.