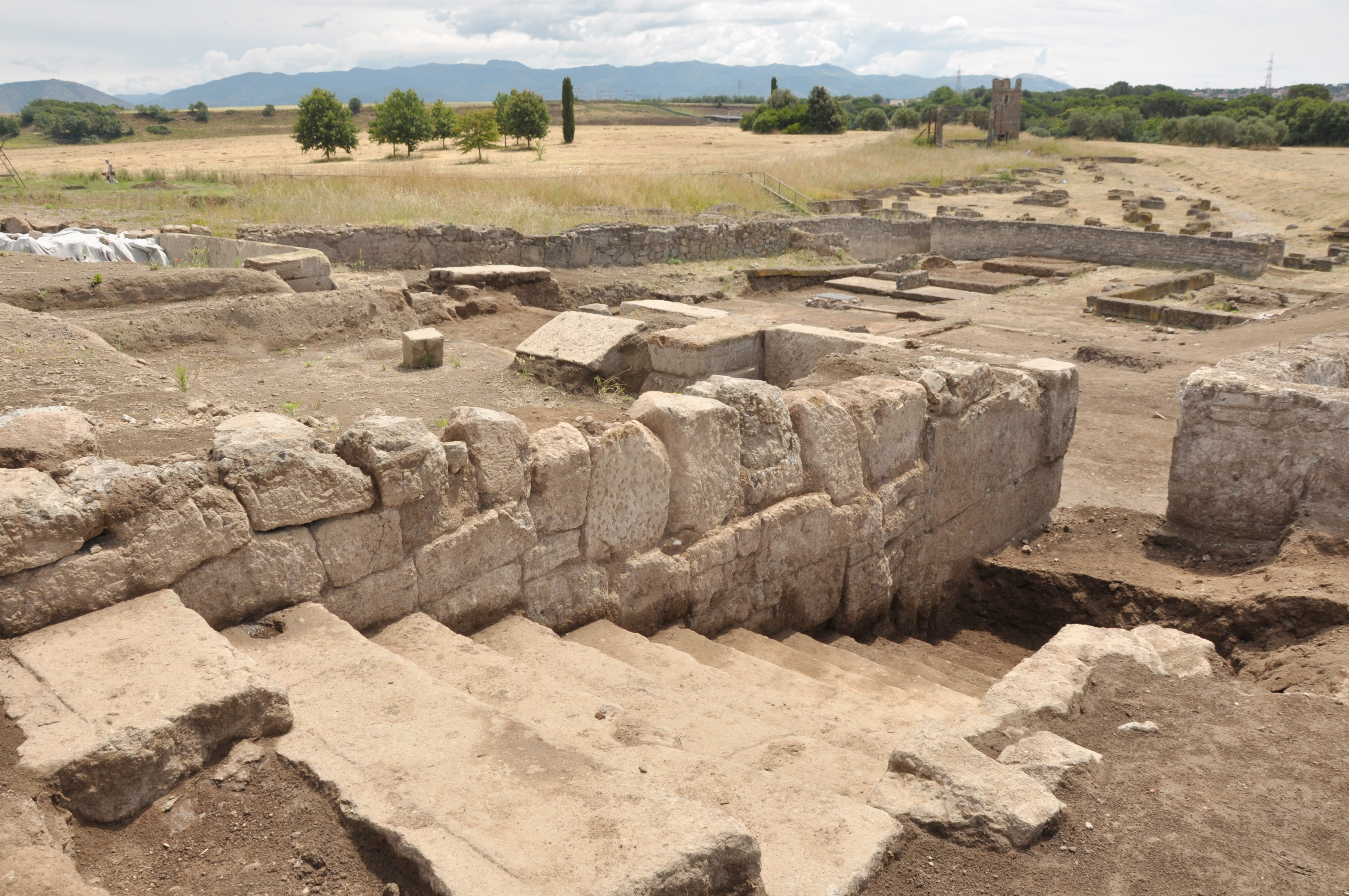 University of Michigan archeologists digging in Italy have unearthed a grand structure unlike anything the Romans were known to be building at the time. Dating back 300 years before the Coliseum, the football-field-sized monument contains two terraces connected by a grand staircase, a massive stone retaining wall and geometrically patterned floors. Images courtesy: Marcello MogettaANN ARBOR—In a long-buried Italian city, archaeologists have found a massive monument that dates back 300 years before the Colosseum and 100 years before the invention of mortar, revealing that the Romans had grand architectural ambitions much earlier than previously thought.

The structure, unearthed at the site known as Gabii, just east of Rome, is built with giant stone blocks in a Lego-like fashion. It’s about half the size of a football field and dates back 350-250 years BCE. It’s possibly the earliest public building ever found, said Nicola Terrenato, a University of Michigan classics professor who leads the project—the largest American dig in Italy in the past 50 years.

The huge complex, which might also have been an exceptionally lavish private residence, holds a stone retaining wall, geometrically patterned floors and two terraces connected by a grand staircase. It’s unlike anything the Romans were thought to be building at the time, Terrenato said, and it challenges the ancient stereotype that they were at that point a modest and conservative people.

“There are a lot of constructive details that are beautiful to look at and they tell us more about how the Romans were building at that stage,” Terrenato said.”This shows us they were beginning to experiment with modifying their natural environments—cutting back the natural slope and creating a retaining wall, for example— about a quarter of a millennium earlier than we thought.

“This is at least 300 years before the Colosseum, and it represents a crucial, formative step in the process that leads to it.” 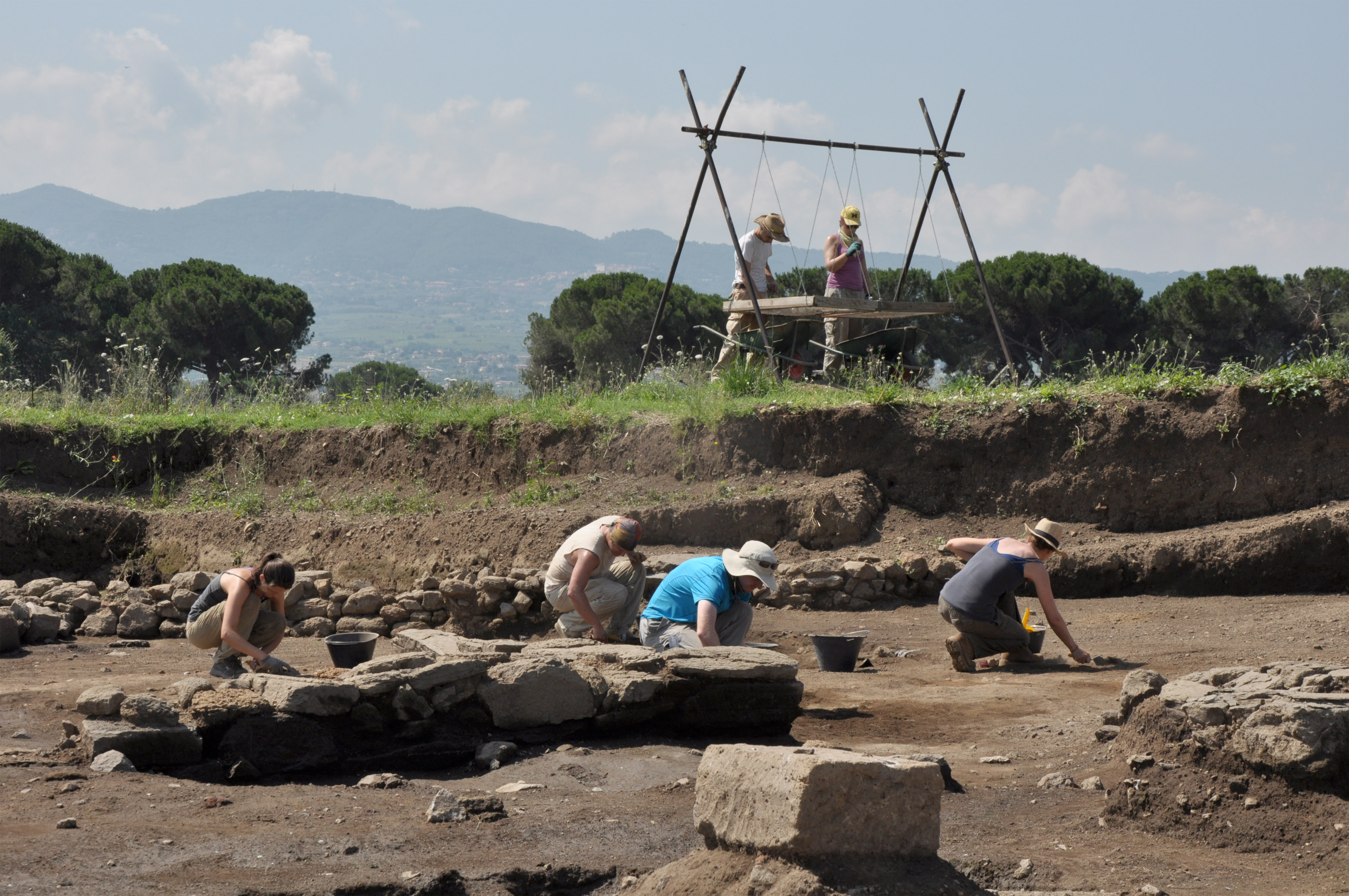 A team of 60 researchers including undergraduates and graduate students from several universities took part this summer in a major archeological dig at the site of Gabii, just outside Rome. The project, which began in 2009, is the largest American dig in Italy in the past 50 years.errenato was struck by the size of the blocks in the retaining wall. Each weighed thousands of pounds, unusual for the period. Block size was the only way the residents could keep such a structure stable because mortar hadn’t been invented yet.

“This is like Lego construction,” Terrenato said. “They stacked them one on top of each other without any glue binding them together. This is the only technique they had access to and it must have been the desire for this kind of grand construction that drove them to the invention of mortar about 125 years later.”

The find may out the Romans for centuries of false finger-pointing. As historians like Cicero told the story, the Romans were conservative and sober and only became lavish after the soldiers who conquered Greece returned home with a taste for extravagance. But the new monument predates that by one or two centuries.

“Rome conquered Greece in the 140s BCE. Roman historians said the soldiers came back and wanted Greek luxury, which is way of trying to shift blame,” Terrenato said. “We now know that long before they conquered Greece, the Romans were already thinking big. This tears apart the view of Romans in this period as being very modest and inconspicuous.”

The site of Gabii, situated on undeveloped land in modern-day Lazio, was once a major city, but appears to have waned by the third century as the Roman Empire grew. The goal of the Gabii Project is to show what a city in the region looked like before Rome’s great development. Because the site is outside Rome, archaeologists are able to explore its deepest levels—something that’s impossible to do within city limits because of later construction piled on top. 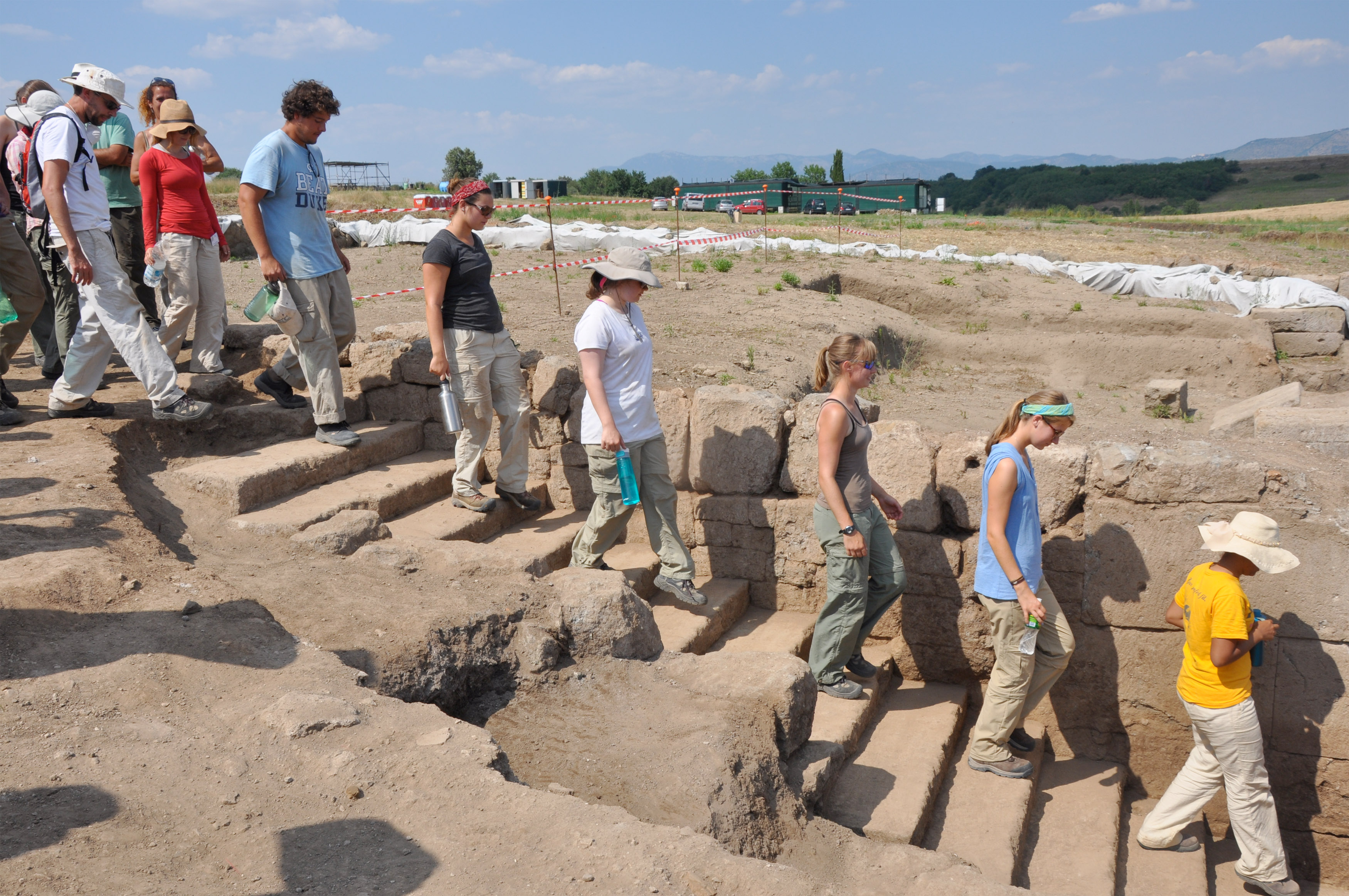 The massive monument recently discovered outside Rome shows an important step in the development of the impressive architectural style the Romans became known for.This summer, 60 researchers worked there, including 35 undergraduates and 15 graduate students. The $2 million dig, sponsored by the U-M Kelsey Museum of Archaeology, is slated to end in 2014, but largely because of this find, the team is hoping to be able to extend the project. The researchers have uncovered about 60 percent of the building.

“Even though we could not observe the complex in its entire extent, we know we are dealing with a monument without parallels in the region, including Rome,” said Marcello Mogetta, project managing director and a U-M doctoral student in classical art and archaeology. “My bet is that this will become a benchmark in future surveys of Roman architecture.”

Andrew Johnston, assistant professor of classics at Yale University, directs the program’s field school, and he points to the find’s educational impacts.

“In the longer term, this is a discovery that we expect will radically change our understanding of Roman Republican history and archaeology,” he said. “But more immediately, our students are returning from the field to the classrooms of their home institutions—Michigan, Yale and over a dozen others—with a new set of skills, methodologies, approaches and questions that we hope will enrich and inform their studies in various academic disciplines in manifold ways.”