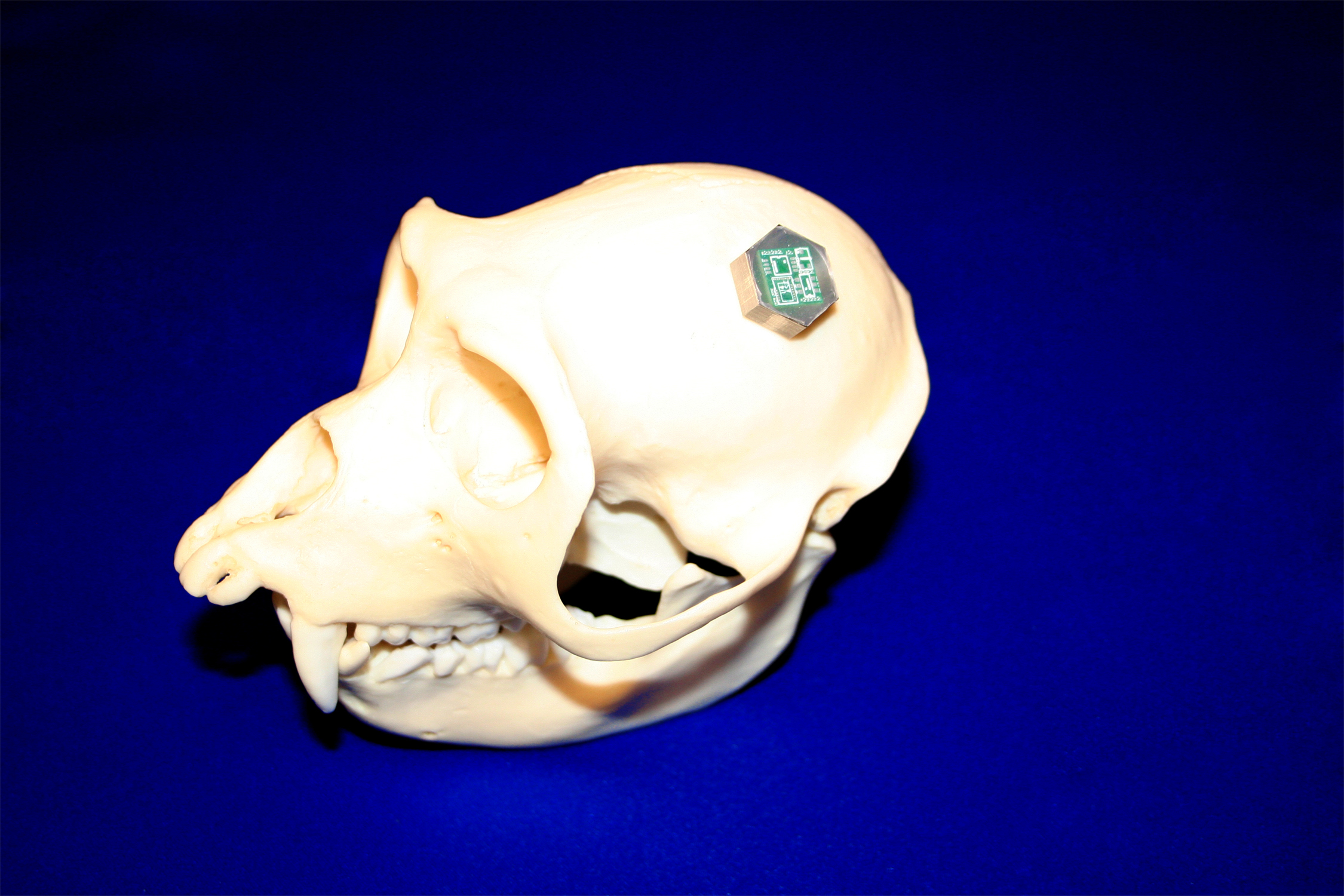 Photo provided by Euisik Yoon of University of MichiganANN ARBOR—A brain implant developed at the University of Michigan uses the body’s skin like a conductor to wirelessly transmit the brain’s neural signals to control a computer, and may eventually be used to reactivate paralyzed limbs.

The implant is called the BioBolt, and unlike other neural interface technologies that establish a connection from the brain to an external device such as a computer, it’s minimally invasive and low power, said principal investigator Euisik Yoon, a professor in the U-M College of Engineering, Department of Electrical Engineering and Computer Science.

Currently, the skull must remain open while neural implants are in the head, which makes using them in a patient’s daily life unrealistic, said Kensall Wise, the William Gould Dow Distinguished University professor emeritus in engineering.

BioBolt does not penetrate the cortex and is completely covered by the skin to greatly reduce risk of infectionResearchers believe it’s a critical step toward the Holy Grail of brain-computer interfacing: allowing a paralyzed person to “think” a movement.

“The ultimate goal is to be able to reactivate paralyzed limbs,” by picking the neural signals from the brain cortex and transmitting those signals directly to muscles, said Wise, who is also founding director of the NSF Engineering Research Center for Wireless Integrated MicroSystems (WIMS ERC). That technology is years away, the researchers say.

Another promising application for the BioBolt is controlling epilepsy, and diagnosing certain diseases like Parkinson’s.

The concept of BioBolt is filed for patent and will be presented on June 16 at the 2011 Symposium on VLSI Circuits in Kyoto, Japan. Sun-Il Chang, a PhD student in Yoon’s research group, is lead author on the presentation.

The BioBolt looks like a bolt and is about the circumference of a dime, with a thumbnail-sized film of microcircuits attached to the bottom. The BioBolt is implanted in the skull beneath the skin and the film of microcircuits sits on the brain. The microcircuits act as microphones to ‘listen’ to the overall pattern of firing neurons and associate them with a specific command from the brain. Those signals are amplified and filtered, then converted to digital signals and transmitted through the skin to a computer, Yoon said.

Another hurdle to brain interfaces is the high power requirement for transmitting data wirelessly from the brain to an outside source. BioBolt keeps the power consumption low by using the skin as a conductor or a signal pathway, which is analogous to downloading a video into your computer simply by touching the video.

Eventually, the hope is that the signals can be transmitted through the skin to something on the body, such as a watch or a pair of earrings, to collect the signals, said Yoon, eliminating the need for an off-site computer to process the signals.

U-M is pursuing intellectual property protection in this case, and are looking for potential partners to help bring the technology to market.