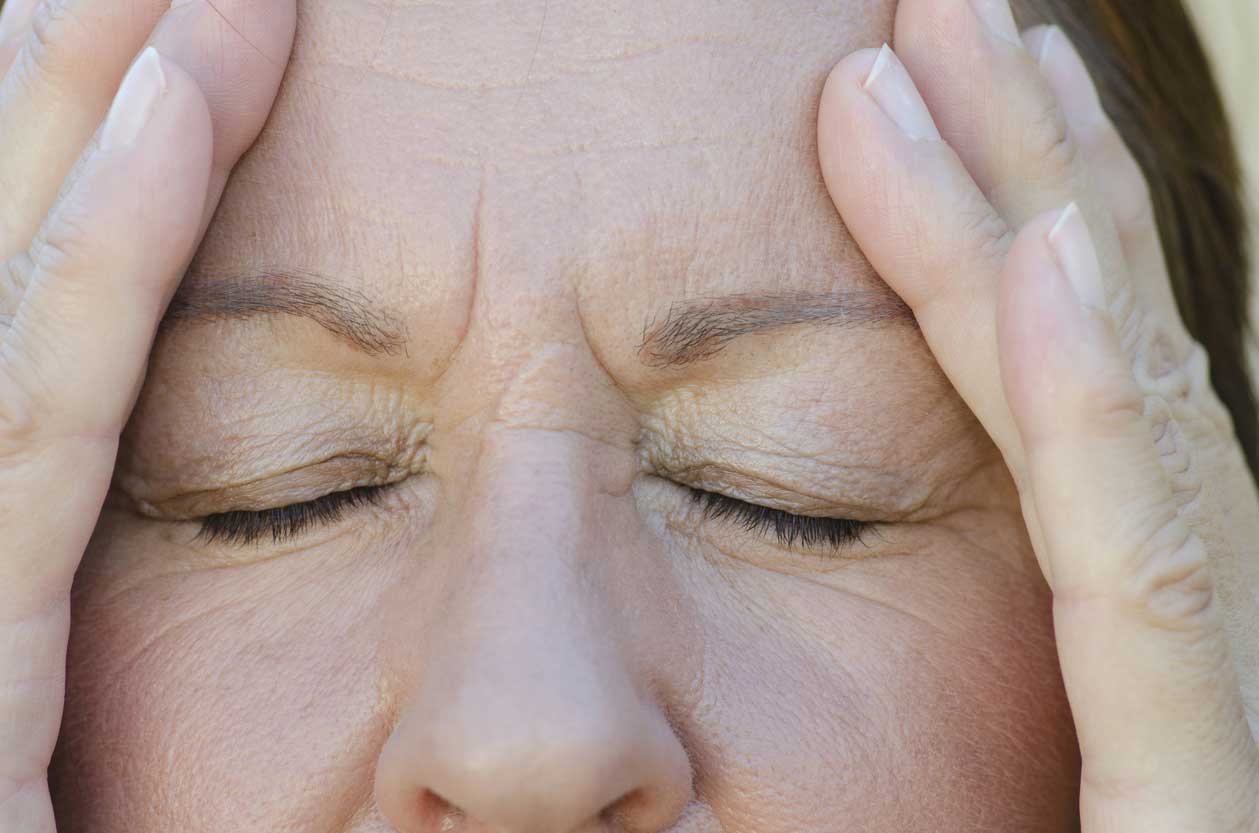 ANN ARBOR—When women reach “a certain age” they expect some typical symptoms that signal their journey through menopause.

New research from the University of Michigan shows symptoms often cluster, and how they do so can suggest who is at risk for health problems and which women likely will experience healthy aging.

The study from the U-M School of Public Health reported in Women’s Midlife Health finds associations between numbers of clustered symptoms and financial strain, race/ethnicity, obesity, smoking status and personal perceptions of health.

In addition to the commonly known hot flashes, midlife women experience a range of physical symptoms including pain, fatigue, sleep disturbances, decreased sexual desire and psychological concerns. Most research to date has focused on these symptoms in isolation but the current study looks at them to find out how a woman’s collective symptoms relate to overall health.

For example, the team found that some women experience a high symptom burden across multiple symptom domains while other women are virtually symptom-free. High and intense physical and psychological symptomatology is strongly associated with financial strain.

“Over time, in analyses of data from the Study of Women’s Health Across the Nation, we have increasingly recognized that women who report symptoms in one area of health are more likely to report symptoms in other areas as well, thus we began to suspect that by focusing on individual symptoms we may have been missing the bigger story,” said Sioban Harlow, professor of epidemiology at the U-M School of Public Health.

“We were surprised to find that fully one-quarter of women in this cohort, who were healthier than the general population, reported substantial symptom burden prior to the onset of the menopausal transition. We also clearly saw that some highly symptomatic women nonetheless showed substantial improvement in their symptom profile, illustrating that improvement in health and functioning is highly possible in this life stage.”

Harlow said another surprise was that other than in a cluster of mildly symptomatic women, hot flashes did not stand out as the most salient symptom and tended to cluster with sleep and fatigue symptoms.

Harlow and colleagues studied data from the longitudinal Study of Women’s Health Across the Nation that followed 3,300 women for 16 years, at a baseline and 12 follow-up visits.

They identified six symptom clusters, from fairly symptom-free to highly symptomatic, experienced by women as they approach and entered the menopausal transition. Classification into the two most symptomatic classes was strongly associated with financial strain, white race/ethnicity, obesity and smoking status.

The researchers also found that women reporting a high symptom burden are much more likely to perceive themselves to be in fair to poor health, compared with women in the least symptomatic class.

“Although more research is needed to fully understand the relationship between financial strain and high and intense symptom burden, women who have difficulty paying for their basic needs also have more limited access to health care and related health promoting resources, such as gym membership and quality food stores,” Harlow said.

“Historically, before the increased availability of health insurance made possible by the Affordable Care Act, many women in their 40s and 50s had limited access to health insurance, precisely at the life stage when incidence of chronic disease begins to accelerate.