Not all hope is lost for kids who are obese 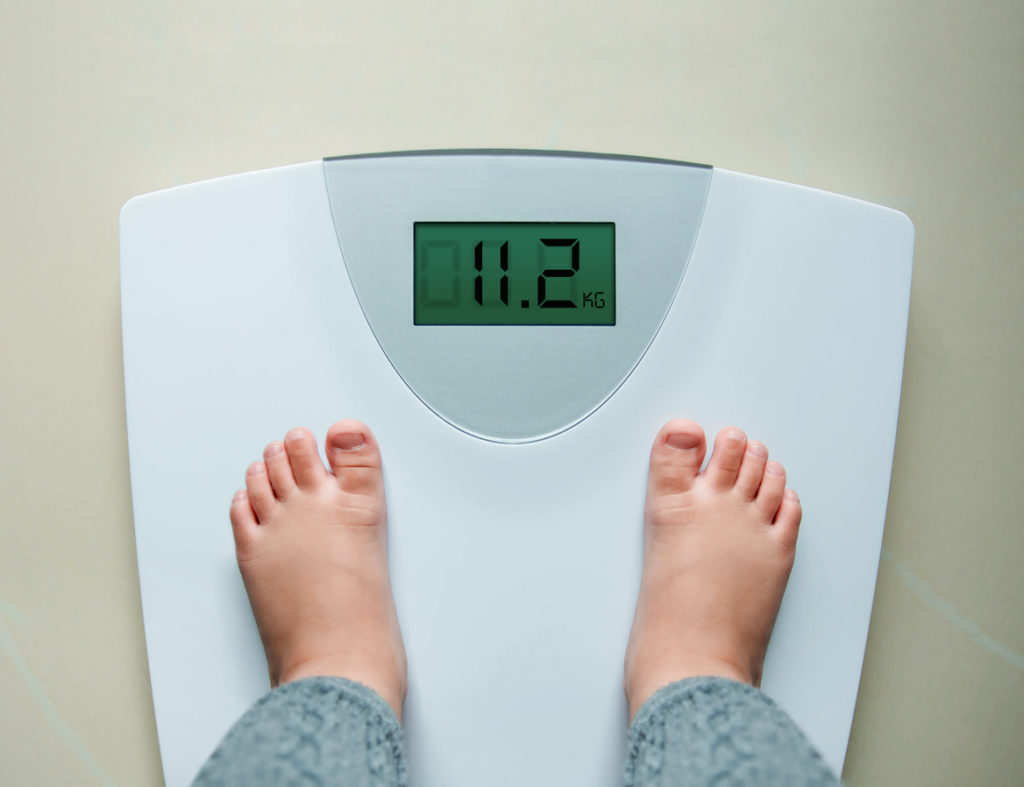 Healthy weight gain for baby or children concept photo of a toddler standing on a scale. (iStock photo)

ANN ARBOR—For many young children who are obese, the future might not be as grim as previously thought, a University of Michigan study suggests.

According to U-M researchers, one-third of U.S. children with obesity in kindergarten achieve a lower weight status at least once through childhood, and 22 percent of these kids experience persistent remission of obesity—achieving and maintaining a lower weight status—by 8th grade.

“Hope is not lost. A meaningful number of young children with obesity are able to experience remission overtime,” said senior researcher Katherine Bauer, assistant professor in the Department of Nutritional Sciences at the U-M School of Public Health.

Bauer said she wanted to understand the remission of childhood obesity after reading a 2014 study in the New England Journal of Medicine that showed the majority of children with obesity by kindergarten continued to experience obesity throughout childhood.

Understanding how some kids achieved a nonobese weight status over time may shed light on how we can help all children with obesity, she said.

Bauer and colleagues Danny Luan, a recent U-M graduate, and Briana Mezuk, associate professor of epidemiology at the School of Public Health, used the same dataset as the 2014 NEJM study but looked at it differently.

Using this nationally representative sample of more than 21,000 kindergartners, the U-M researchers did the opposite of what nearly all other studies tracking children’s growth have done. Instead of starting with all children and seeing who develops obesity, they started with the kids who had obesity in kindergarten and looked at what happened to them over time.

There were some distinct patterns among the children who experienced obesity remission, Bauer said. At first glance, girls and children from higher socioeconomic status families appeared more likely to be able to overcome early childhood obesity.

But after accounting for the fact that these children, while still experiencing obesity, had lower BMIs in kindergarten than their peers, these differences disappeared.

One thing that is clear was that kids who experienced remission gained much less weight over time than the children who remained obese, often gaining half or one-third as many pounds than their peers every two years, the study showed.

“We need to help limit children’s weight gain. Obesity is not something kids just grow out of by spurting up in height,” Bauer said. “These findings suggest that hope is not lost.

“Some children are able to experience remission even if they don’t participate in clinic-based weight management programs, which may be hard for some families to access. By continuing to understand children who experience obesity remission, we can identify creative ways to give children and families the support they need.”

Bauer said she hopes the findings provide hope for children and parents, and help mobilize communities to help all children become healthier.

The study is published in Pediatric Obesity.