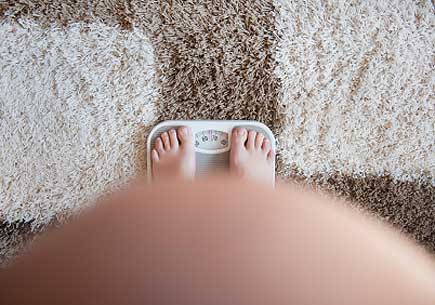 ANN ARBOR—Being overweight or obese during pregnancy increases the chance of an early delivery—and the more extra weight mom is carrying, the greater the chance for an extremely preterm delivery, according to a study co-authored by a University of Michigan School of Public Health researcher.

The research, published in the June 12 issue of the Journal of the American Medical Association, looked at data from 1.6 million deliveries in Sweden from 1992 to 2010.

“Maternal obesity has replaced smoking as one of the leading causes of poor pregnancy outcomes,” Villamor said. “This study is novel because, as opposed to previous research in this area, we could examine the impact of maternal obesity on pre-term deliveries of different severity.”
The research was led by Dr. Sven Cnattingius of the Karolinska Institutet in Stockholm, Sweden.

“For the individual woman who is overweight or obese, the risk of an extremely preterm delivery is still small,” Cnattingius said. “However, these findings are important from a population perspective. Preterm infants and, above all, extremely preterm infants account for a substantial fraction of infant mortality and morbidity in high income countries.”

The study showed that as BMI increased, so did the likelihood of preterm delivery, when compared with births by women of normal weight. For those with BMI that placed them in obese grades 2 and 3, the chances of extremely preterm delivery doubled.

The researchers say that increased BMI impacted extreme preterm delivery even without some of the common complications of pregnancy such as pre-eclampsia (a medical condition characterized by high blood pressure and extra protein in urine) and gestational diabetes.

“This means that maternal obesity affects the risk of preterm delivery not only by increasing risk of other diseases that may prompt doctors to end pregnancy prematurely to avoid maternal or fetal complications, but also through other mechanisms that cause a gestation to end before term spontaneously,” Villamor said. “These mechanisms might include obesity-related inflammation or unnoticed infections.”

Conducting the study in Sweden allowed the researchers to use a nationwide registry that included nearly all births in that country during the time period. They said that confirming the findings in other populations would be important, but that the study’s conclusions most likely translate to other countries, including the U.S.

“While there could be factors in different settings that modulate the association of maternal obesity and extremely preterm birth, it is unlikely that the underlying biology differs substantially between Swedish and U.S. mothers,” Villamor said. “In fact, because the risk factor (maternal obesity) is more common in the U.S. than in Sweden, it might have a greater impact here than in Sweden on the absolute number of babies that are born extremely preterm.”