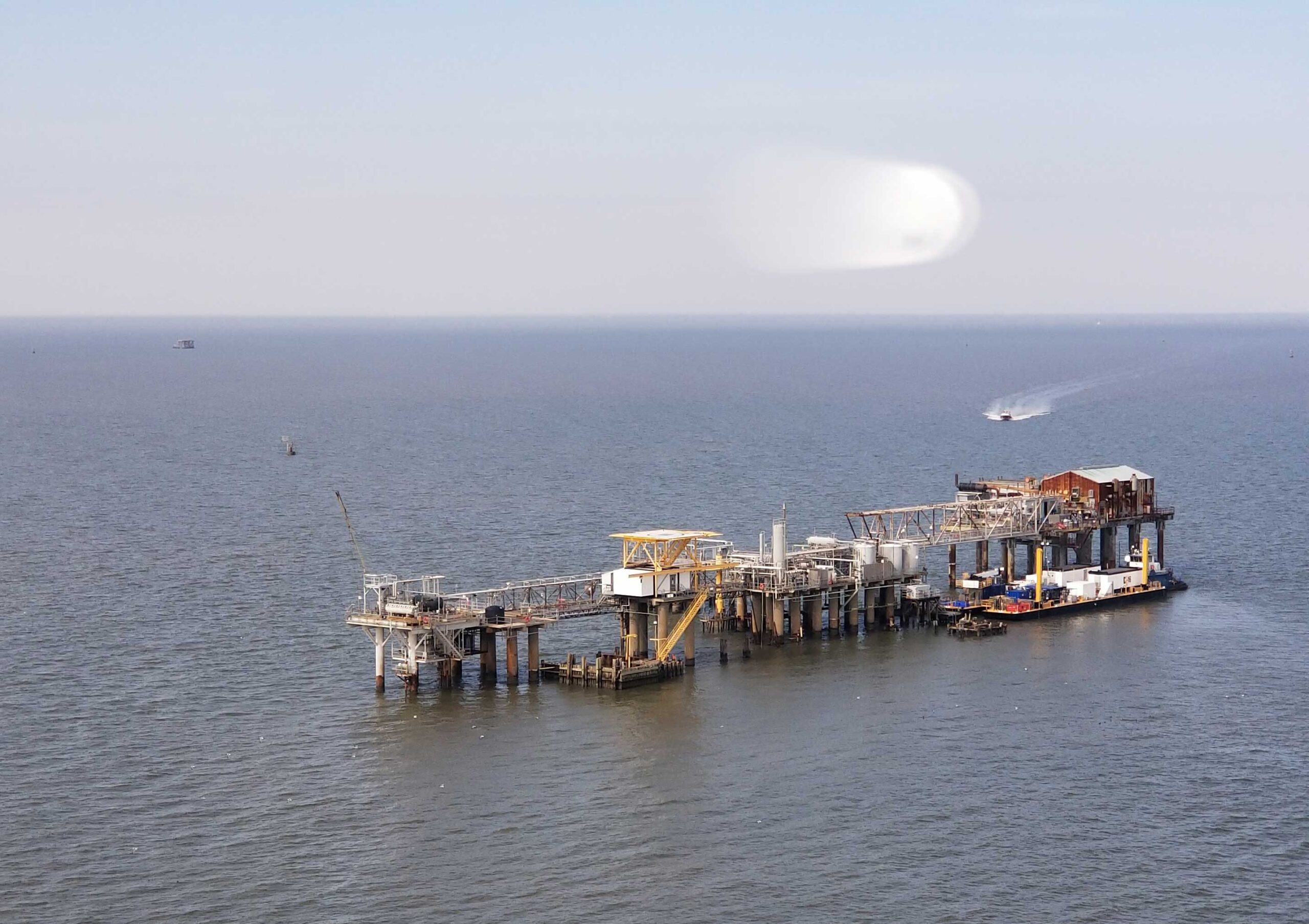 ANN ARBOR—Offshore energy-producing platforms in U.S. waters of the Gulf of Mexico are emitting twice as much methane, a greenhouse gas, than previously thought, according to a new study from the University of Michigan.

Researchers conducted a first-of-its-kind pilot-study sampling air over offshore oil and gas platforms in the Gulf of Mexico. Their findings suggest the federal government’s calculations are too low.

U-M’s research found that, for the full U.S. Gulf of Mexico, oil and gas facilities emit approximately one-half a teragram of methane each year, comparable with large emitting oil and gas basins like the Four Corners region in the southwest U.S. The effective loss rate of produced gas is roughly 2.9%, similar to large onshore basins primarily focused on oil, and significantly higher than current inventory estimates.

Offshore harvesting accounts for roughly one-third of the oil and gas produced worldwide, and these facilities both vent and leak methane. Until now, only a handful of measurements of offshore platforms have been made, and no aircraft studies of methane emissions in normal operation had been conducted. Each year the EPA issues its U.S. Greenhouse Gas Inventory, but its numbers for offshore emissions are not produced via direct sampling.

The study, published in Environmental Science and Technology, identified three reasons for the discrepancy between EPA estimates and their findings:

Eric Kort, a U-M associate professor of climate and space sciences and engineering, said EPA officials are already making adjustments to correct their count of offshore platforms operating in the Gulf of Mexico. But emissions estimates, particularly for shallow waters, still need adjustments.

“We have known onshore oil and gas production often emits more methane than inventoried. With this study we show that this is also the case for offshore production, and that these discrepancies are large,” Kort said. “By starting to identify and quantify the problem, with a particular focus on larger shallow water facilities, we can work towards finding optimal mitigation solutions.”

In addition, those shallow-water discrepancies warrant further investigation, Kort added, since deep water facilities may be sending some of the oil and gas they produce via pipeline to others located closer to shore. 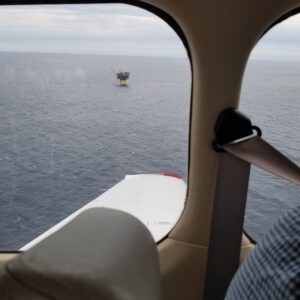 U-M’s team conducted its sampling in 2018 with Scientific Aviation using a small research plane with enough room for a pilot and passenger in the two front seats, as well as scientific gear where there normally would be two rear two seats. Tubes along the wings of the plane drew in air that was pumped to the equipment for analysis of the amount of methane included as well as wind speed. Circling a single platform gives researchers a better idea of how much methane that single source is emitting.

In addition to 12 individual facilities, the flights also covered larger geographical areas. Flying downwind from clusters of 5 to 70 oil and gas facilities, and taking similar measurements, researchers can evaluate how well inventory estimates compare with large numbers of platforms.

“By measuring emissions from both individual facilities as well as many dozens of facilities we can compare results, evaluate different inventories, and generate a more statistically robust estimate of total emissions from the U.S. Gulf of Mexico,” said Alan Gorchov Negron, lead author on the study and a Ph.D. candidate in climate sciences at U-M.

As a pilot study, Kort said the research is promising but has gaps. Greater statistical sampling and identification of the cause of high emissions can guide mitigation and improve reported emissions. To further the work and fill in these gaps, new aerial sampling is in the works funded by the Alfred P. Sloan Foundation. The project, titled Flaring and Fossil Fuels: Uncovering Emissions & Losses (F³UEL), will mean more flights later over the next three years over the Gulf of Mexico, Alaska and California.

The research was funded by the Climate and Clean Air Coalition Oil and Gas Methane Science Studies (managed by the UN) and the Alfred P. Sloan Foundation.