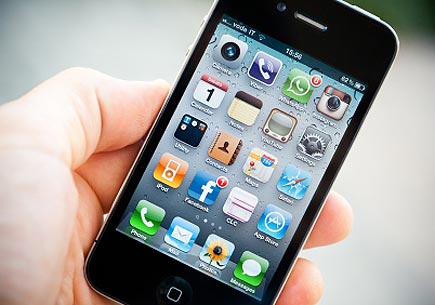 ANN ARBOR—Text messaging is a surprisingly good way to get candid responses to sensitive questions, according to a new study to be presented this week at the annual meeting of the American Association for Public Opinion Research.

“The preliminary results of our study suggest that people are more likely to disclose sensitive information via text messages than in voice interviews,” said Fred Conrad, a cognitive psychologist and director of the Program in Survey Methodology at the University of Michigan Institute for Social Research.

“This is sort of surprising since many people thought that texting would decrease the likelihood of disclosing sensitive information because it creates a persistent, visual record of questions and answers that others might see on your phone and in the cloud.”

With text, the researchers also found that people were less likely to engage in “satisficing”—a survey industry term referring to the common practice of giving good enough, easy answers, like rounding to multiples of 10 in numerical responses, for example.

“We believe people give more precise answers via texting because there’s just not the time pressure in a largely asynchronous mode like text that there is in phone interviews,” Conrad said. “As a result, respondents are able to take longer to arrive at more accurate answers.”

Conrad conducted the study with Michael Schober, a professor psychology and dean of the graduate faculty at The New School for Social Research. Their research team included cognitive psychologists, psycholinguists, survey methodologists and computer scientists from both universities, as well as collaborators from AT&T Research. Funding for the study came from the National Science Foundation.

“We’re in the early stages of analyzing our findings,” Schober said. “But so far it seems that texting may reduce some respondents’ tendency to shade the truth or to present themselves in the best possible light in an interview—even when they know it’s a human interviewer they are communicating with via text. What we cannot yet be sure of is who is most likely to be disclosive in text. Is it different for frequent texters, or generational, for example?”

For the study, the researchers recruited approximately 600 iPhone-users on Craigslist, through Google Ads, and from Amazon’s Mechanical Turk, offering them iTunes Store incentives to participate in the study. Their goals were to see whether responses to the same questions differed depending on several variables: whether the questions were asked via text or voice, whether a human or a computer asked the questions, and whether the environment, including the presence of other people and the likelihood of multitasking, affected the answers.

Among the questions that respondents answered more honestly via text than speech: In a typical week, about how often do you exercise? During the past 30 days, on how many days did you have five or more drinks on the same occasion?

And among the questions that respondents answered more precisely via text, providing fewer rounded numerical responses: During the last month, how many movies did you watch in any medium? How many songs do you currently have on your iPhone?

According to Conrad and Schober, changes in communication patterns and their impact on the survey industry prompted the study. About one in five U.S. households only use cell phones and no longer have landline phones. These households are typically not surveyed even though cell-only households tend to differ in important ways from households with landline phones. More people are using text messages on mobile phones, with texting now the preferred form of communication among many people in their teens and 20s in the United States. Texting is extremely common among all age groups in many Asian and European nations.

Conrad and Schober are also finding that people are more likely to provide thoughtful and honest responses via text messages even when they’re in busy, distracting environments.

“This is the case even though people are more likely to be multitasking—shopping or walking, for example—when they’re answering questions by text than when they’re being interviewed by voice,” Conrad said.