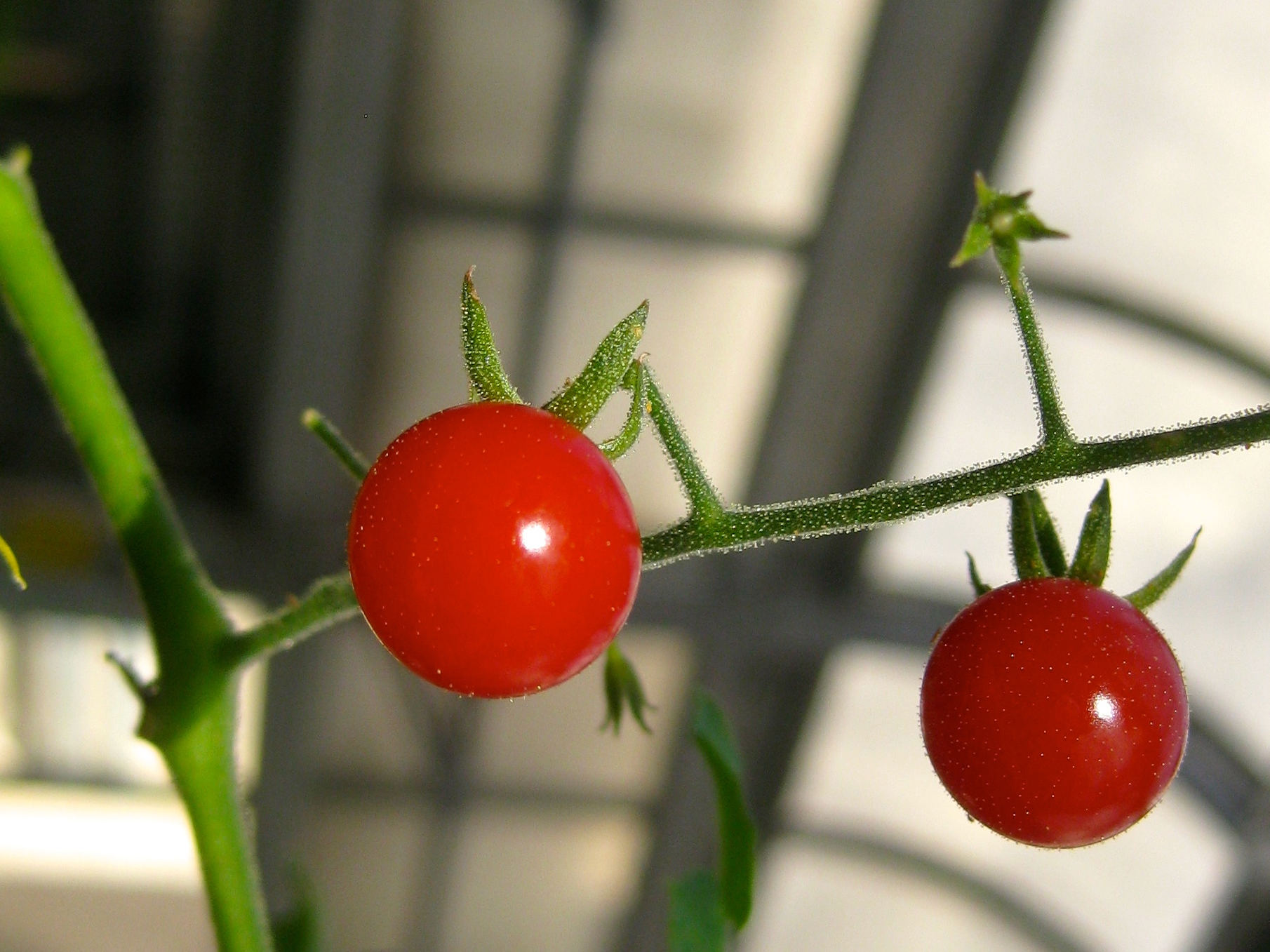 A close but more genetically diverse relative of the domesticated tomato, the wild currant tomato is a potential source for natural trait diversity. Image courtesy: David HaakANN ARBOR—On Charles Darwin’s 207th birthday, a new study of evolution in a diverse group of wild tomatoes is shedding light on the importance of genetic variation in plants.

The work, reported today in the journal PLoS Biology, uses genome-wide sequencing to reveal details about the evolutionary mechanisms that drove genetic divergence in 13 species of wild tomatoes that share a recent common ancestor.

First author of the study is University of Michigan postdoctoral fellow James Pease, who conducted the work for his doctoral dissertation at Indiana University. The in-depth genetic analysis was led by IU’s Leonie Moyle.

“This study reveals new details about the unexpectedly complex genetic mechanisms that drive the diversification of plant species,” said Moyle, who conducted the research as the primary investigator on a $1.18 million grant from the National Science Foundation.

“The vast biodiversity we observed in tomato species was not the result of simply one evolutionary or environmental factor. It is the result of a complex set of genetic resources that we can distinguish with large-scale genomic data,” said Pease, who joined the U-M Department of Ecology and Evolutionary Biology in June 2015.

The research may contribute to future efforts to create more resilient crop plants in a time of changing climate by boosting resistance to pests or severe weather using crossbreeding methods rather than genetic engineering. 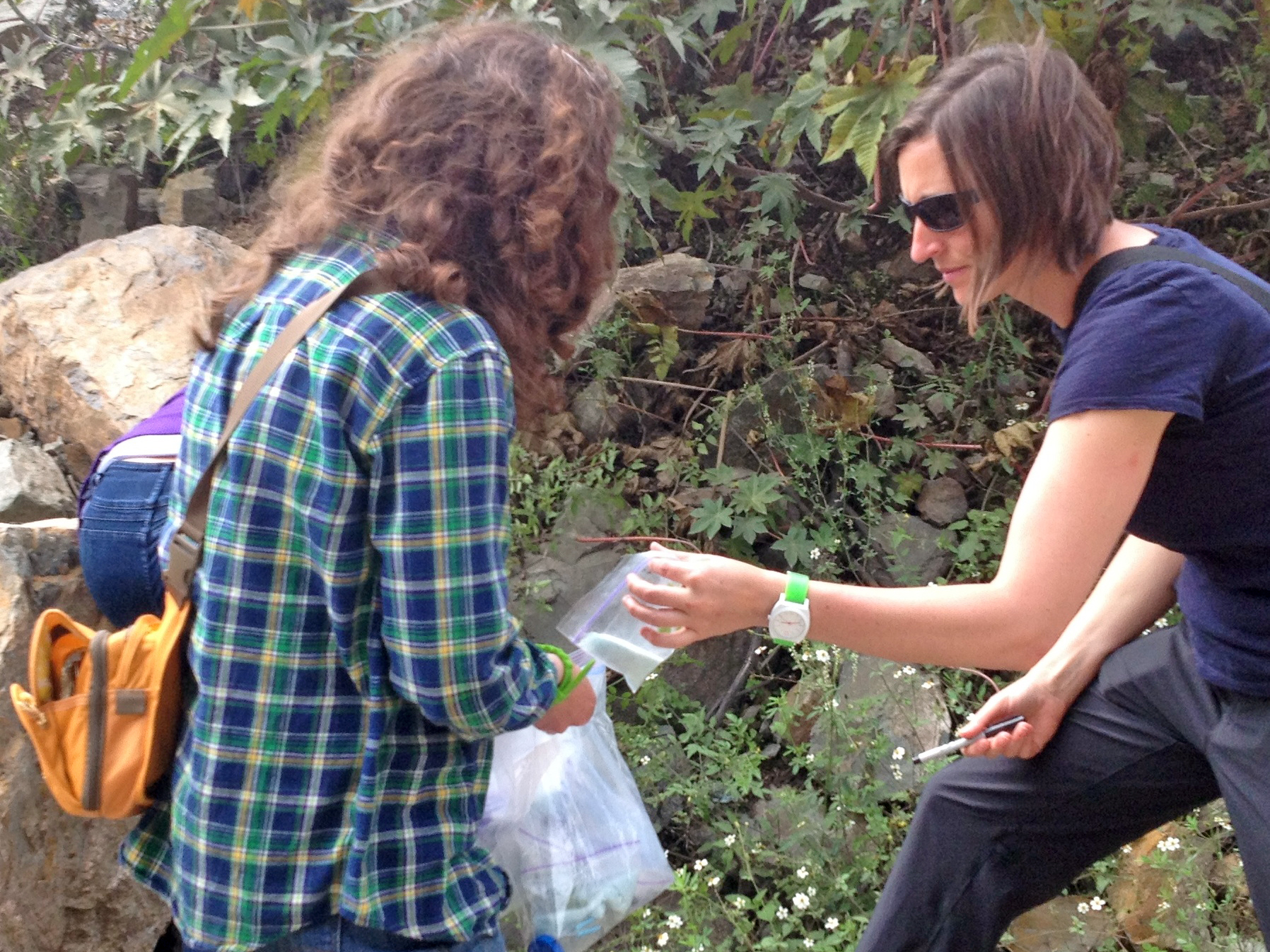 Researchers collect a wild tomato plant for genetic analysis near the city of Cuenca in southern Ecuador. Image courtesy: Leonie MoyleTomatoes were used for the study because they are an ecologically and reproductively diverse plant group, said Moyle, who was part of a team of researchers that visited Ecuador in May 2014 to collect different populations of tomatoes native to the Andes Mountains, a biodiversity hotspot.

Although better known for his work on finches, Darwin also hunted on the Galapagos Islands of Ecuador for wild tomatoes, one of the hundreds of plant and animal species collected by the British naturalist during his landmark trip to the archipelago in 1835.

By bringing modern technology to bear on these tomatoes, the study was able to clarify genetic relationships and assess the flow of genes between these wild plant species—as well as reveal the genetic root of specific environmental adaptations.

“Although wild tomato species living in the driest deserts on Earth, or high up in the Andes Mountains, are very different in many of their traits from the domesticated tomatoes we eat by the millions, they are surprisingly similar at the genomic level,” Pease said.

The team found evidence to support three major genetic strategies behind the tomato’s ability to rapidly adapt to ecological change: the recruitment of genes from a common ancestral pool, the trading of genes between species through a form of natural crossbreeding called introgression, and the rapid accumulation of new genetic mutations.

This latter category was highlighted by the surprising number of new mutations in genes found in the tomatoes. Of the four main groups of wild tomatoes in the study, scientists discovered hundreds to thousands of genes with protein-coding changes that were unique to each of these ecologically diverse sub-groups. 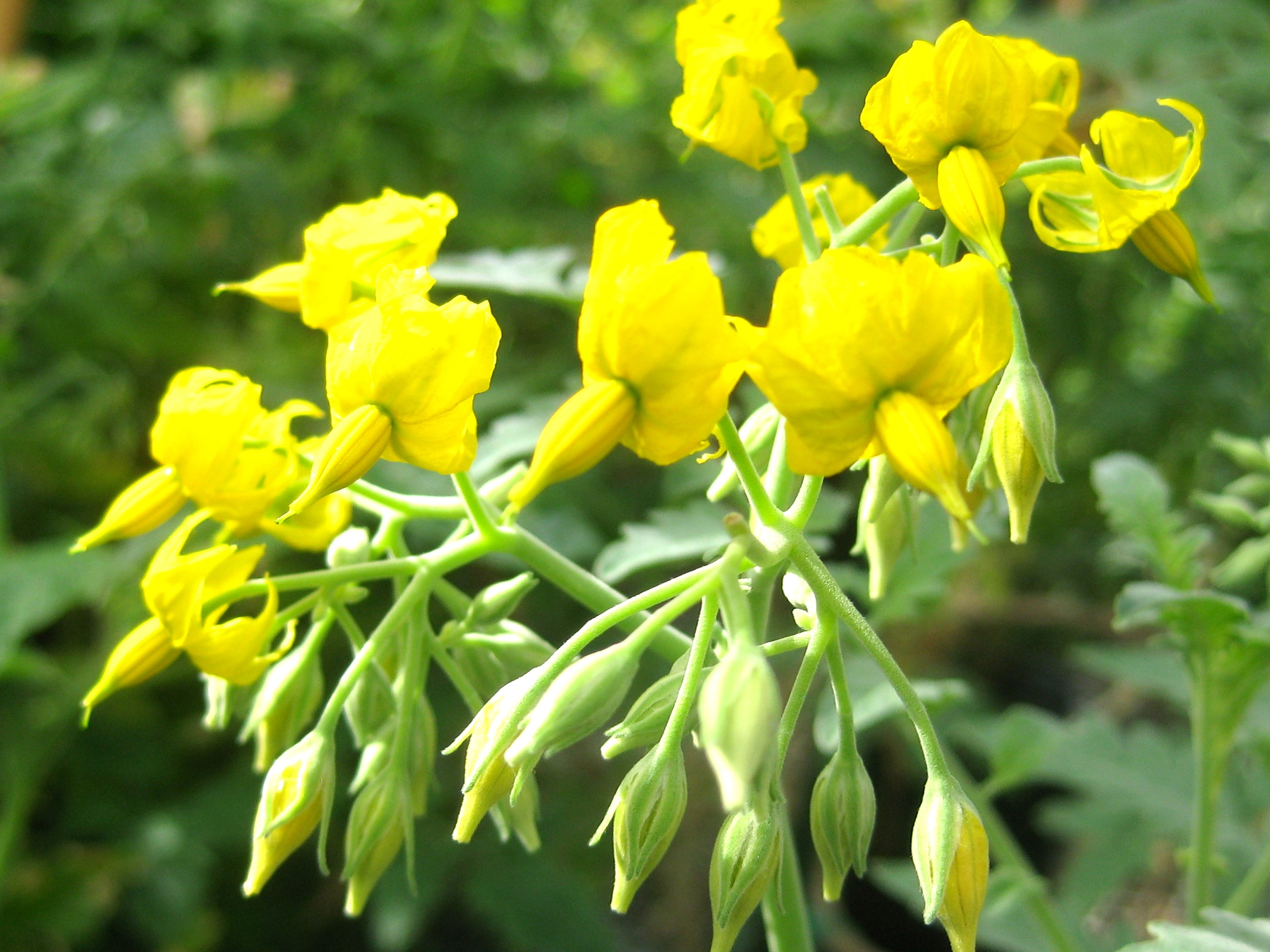 Flowers from the wild tomato species Solanum chilense, one of the few plant species that grows in Chile’s Atacama Desert, one of the driest places on earth. Image courtesy: David HaakAll species in the “red-fruited” group—the closest relatives of the domesticated tomato—shared changes in 10 enzymes in the chemical pathway responsible for making the red pigment in ripe fruits, for example. Other specific genetic variations resulted in more extreme differences, producing tomato species able to survive in a wide variety of settings.

“The diverse and complex traits that differ among wild tomato species, and between these plants and domesticated tomatoes, have been able to evolve very rapidly by drawing on at least three kinds of genetic variation: diversity from their ancestors, trading genes between species and new evolutionary changes,” Pease said.

Greater knowledge about how such small changes in genetic diversity create big differences in species could eventually lead to the ability to pinpoint specific genes responsible for certain desirable traits—such as pest resistance or hardiness—many of which may have been lost due to historical breeding practices.

“There are lots of potentially valuable traits in wild tomatoes,” Moyle said. “Our ability to precisely trace genetic histories in these species might help plant breeders identify desirable traits that can be reintroduced from wild species into commercial types using crossbreeding.”

The other authors of the PLoS Biology paper are Matthew Hahn of Indiana University and David Haak of Virginia Tech, who was a postdoctoral researcher at IU at the time of the study.