The new gift will support the University of Michigan’s Kessler Presidential Scholars Program, which has seen an increase in graduation rates, sense of belonging, other success outcomes for first-generation college students 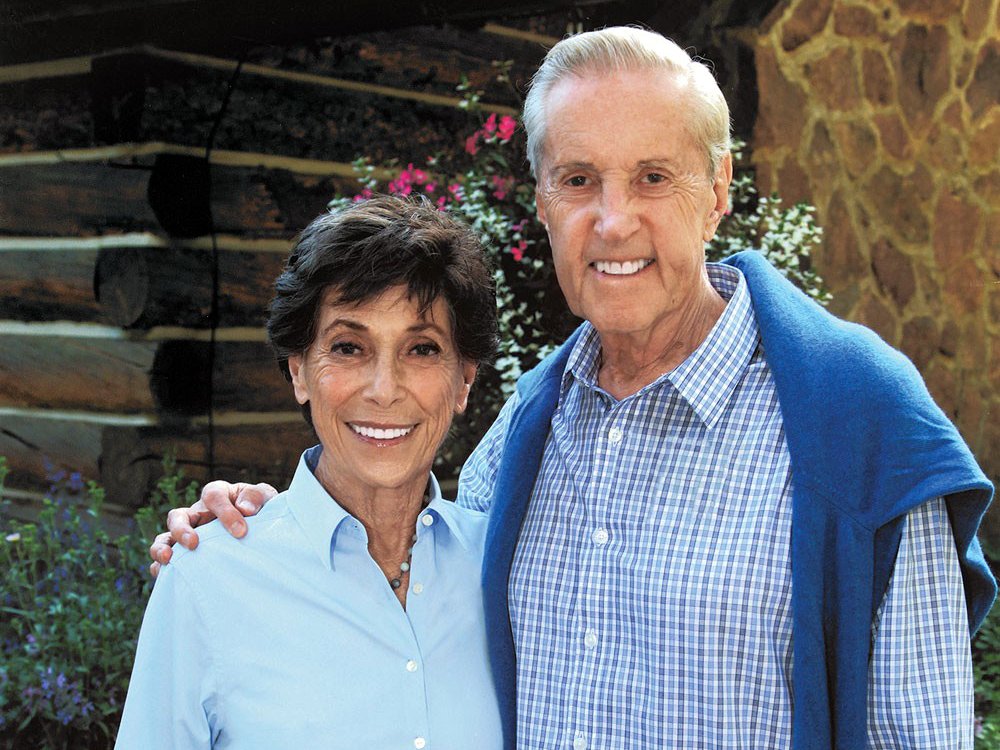 The struggles of first-generation college students are well-known: Feelings of self-doubt, uncertainty, a sense of not belonging and trouble accessing help and support. At the end of it all, less than 30 percent, nationally, graduate in four years. But new statistics show that the Kessler Scholars Program at the University of Michigan has closed the achievement gap: Its first-generation students graduate at the same rate as their continuing-generation peers.

Now a $40 million gift from the Judy and Fred Wilpon Family Foundation endows the Kessler program at the University of Michigan in perpetuity.

The Kessler Scholars Program is a revolutionary, data-proven approach to supporting first-generation, limited-income students’ success, built on research about how students succeed, and with demonstrated positive outcomes such as higher graduation rates and a greater sense of belonging. Based on the premise that tuition dollars alone are not enough to ensure success, the program is designed to go far beyond a traditional scholarship program and offers significant, wrap-around academic, social, and career support for college students who are the first in their families to attend college. The program is housed in the U-M College of Literature, Science, and the Arts.

“We have learned that just giving students a scholarship is not enough,” said Fred Wilpon, a New York-based business executive, real estate developer, former owner of the New York Mets, and founder of the Wilpon Family Foundation. “As a first-generation college student myself and a graduate of U-M, I know the importance of having a close-knit community and a sense of belonging on campus. Through this gift and the resources offered in the program, we want students to feel secure, empowered and engaged so they can excel and become the next generation of global leaders.”

Now in its 13th year at U-M, the Kessler Scholars Program underwent a major redesign in 2017 to focus on research-based support for first-generation college students. Originally focused on providing scholarship funds, the program has significantly broadened its scope to provide comprehensive support for students by pairing funding with a community of peers, support staff, networking engagements with alumni and U-M leadership, a peer mentoring program, and more. The program currently supports 157 students across all four years and serves as a national model for how higher education institutions can reimagine and revolutionize support for first-generation students.

U-M is the original home of the Kessler Scholars Program. Over the last several years, LSA and U-M have led the program’s national expansion to five other colleges and universities — Cornell University, Johns Hopkins University, Queens College, St. Francis College, and Syracuse University — with the launch of the Kessler Scholars Collaborative. A partnership with the Wilpon Family Foundation and Bloomberg Philanthropies is expected to expand the Kessler Scholars Program to up to 10 new institutions as part of the American Talent Initiative’s efforts to increase limited-income student enrollment and retention at colleges and universities nationwide.

“Fred and Judy Wilpon are passionate advocates for first-generation students and we are thrilled and deeply moved to receive this gift,” said Anne Curzan, dean of the College of Literature, Science, and the Arts. “Truly supporting first-generation student success goes beyond financial resources, and with this generous gift, we can ensure that they continue to receive community-driven support and mentoring to succeed at U-M and beyond.”

According to a U.S. Department of Education 2018 report (PDF), first-generation college students make up a third of all students enrolled in postsecondary education, but are twice as likely to leave school without a college degree than their peers whose parents have a bachelor’s degree. Various factors explain why this is the case, including a lack of mentorship and professional networks, difficulty navigating college campus culture, and lack of awareness about financial aid options.

The Kessler Scholars Program is designed to address these issues and the results of its success are evident. Beyond the improved graduation rates, 95% of students in the Kessler Scholars cohort that reached the four-year graduation mark in 2021 reported a strong sense of belonging at U-M across their time at U-M, and 55% took leadership roles in student organizations.

“First-generation students bring enormous talent and unique perspectives to the University of Michigan–and they face challenges other students don’t. U-M is fully committed to ensuring that students do more than arrive at Michigan; we want them to thrive here,” said U-M President Mark Schlissel. “I am deeply grateful for the Wilpons’ generosity, which allows Michigan to support these outstanding students as they achieve success in the classroom and their communities.”

The majority of the students are from Michigan; about one-third of the students supported are from outside the state—including Illinois, New York, California and Ohio. Since 2008, the program has awarded scholarships to more than 400 undergraduate students at U-M.

“The Kessler Scholars Program has helped me in so many ways during my transition to college as a first-generation student. Their support during the pandemic was greatly appreciated because when things went virtual, they still held Walk-In Wednesdays so we were able to stay connected, which just showed their commitment to keep the community united,” said Briarre Johnson, second-year U-M student and current Kessler Scholar. “The staff also serves as a listening ear for me, which means a lot to me because I am able to have people who truly care listen to my needs, accomplishments and goals.”

The program selects 40 incoming first-year students each academic year to join the four-year support program. Scholars attend workshops focused on a range of personal, academic and professional topics designed to promote students’ sense of belonging at the institution, which research has demonstrated drives student success. Kessler Scholars alumni go into an array of industries including education, healthcare, technology, business and law. The program currently has 252 alumni across the country.

“The program helped me initiate and maintain community. This value of the importance of building and maintaining community has stuck with me and has been a core component of my decisions and career,” said Margarett McBride, a 2018 U-M/LSA graduate and Kessler Scholars alum who is now a doctoral student at the University of North Carolina-Chapel Hill. “Even my [doctoral] research seeks to understand how to create safe and nurturing communities. I thank the Kessler Scholars Program for further instilling this value in me when I was in undergrad and allowing me to continue to be a part of their community and legacy.”

“Research shows that money is not the sole solution to ensuring the success of first-generation, limited-income students, but providing them with a community, a strong peer and alumni network and academic support—all of these things enhance the student experience,” said Gail Gibson, director of the Kessler Scholars Program. “We are committed to building social capital for students so that they can thrive at U-M and in their lives and careers after Michigan.”

Judy and Fred Wilpon are LSA and U-M alumni, both graduating in 1958. The Kessler Scholars program was named in honor of Judy‘s parents, Irene and Dr. Morris B. Kessler who immigrated from Europe and eventually settled in Michigan. Judy and her two sisters, Bonnie and Mickie, all graduated from the University. With the new gift, the Wilpons have donated more than $75 million to U-M, including $61 million to the Kessler program.

In honor of the Wilpons’ support of the program, the new addition of the LSA Building, which opened in January 2020, will be named the Kessler Student Center. The space is a home on central campus for all LSA students and houses services dedicated to meet their academic, personal and professional aspirations, including the LSA Opportunity Hub, Transfer Student Center, LSA Scholarship office and optiMize.

More about the Kessler Scholars Program