Open water in wintertime Arctic is changing its atmosphere 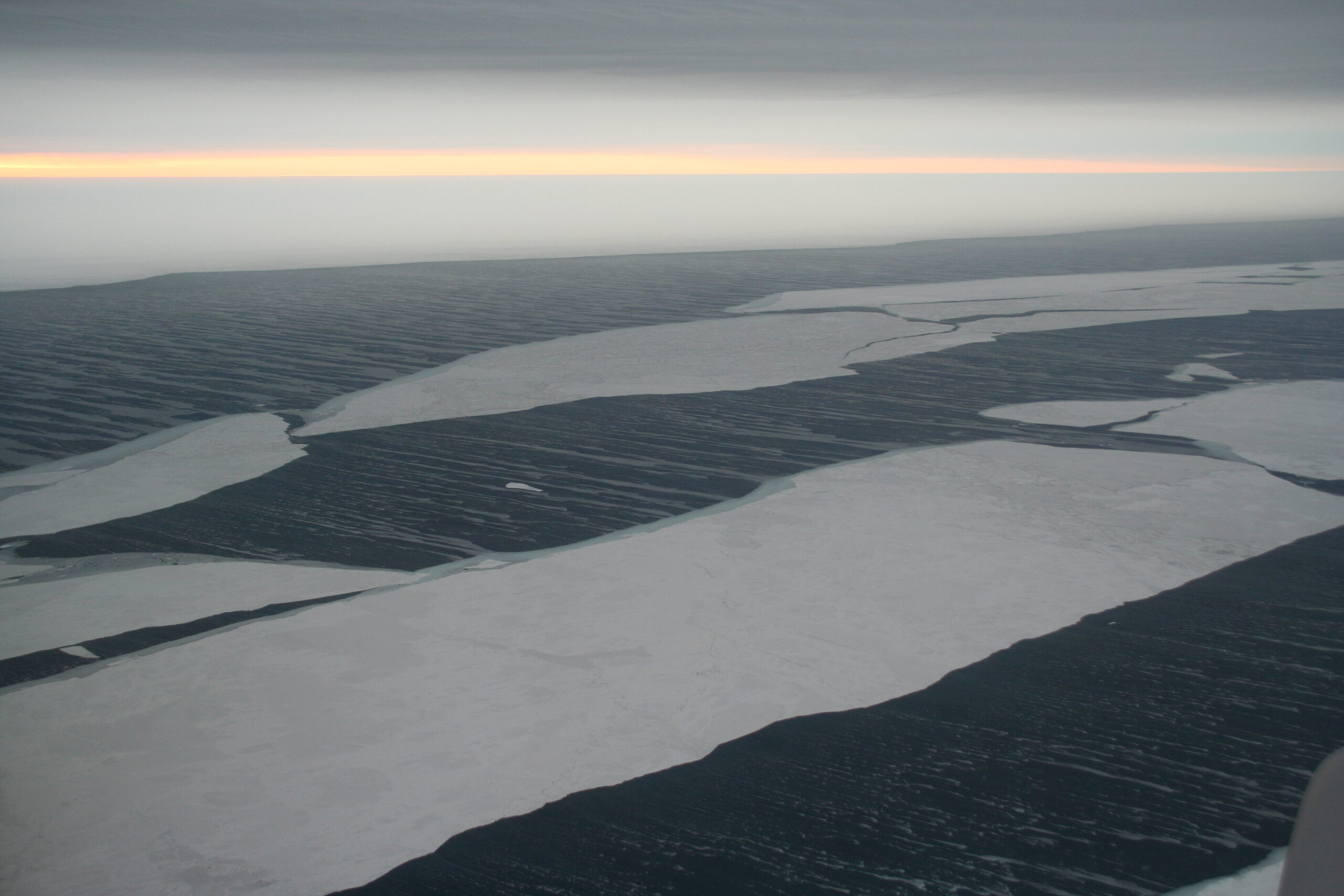 ANN ARBOR—The Arctic is warming faster than any other place on Earth, and thanks to this, sea spray aerosols similar to what researchers see in California are being generated during the Arctic winter, according to a new University of Michigan study.

Summertime Arctic sea ice cover is the second lowest on record, according to the Arctic report card 2019, produced by the National Snow and Ice Data Center, continuing its rapid decline over the past several decades. That trend has continued into the fall, with ice in the Chukchi Sea northwest of Alaska at its lowest level on record, according to climate experts at the University of Alaska Fairbanks.

The thinning wintertime sea ice cracks, creating open water called “leads.” These leads can be over a half mile across, and U-M researchers have discovered they are the dominant source of aerosols in the coastal Alaskan Arctic during the winter. Their results are published in the journal American Chemical Society Central Science.

“We found that the sea spray aerosol was dominating atmospheric particulate matter population at a time when we didn’t expect it to be there,” said senior author Kerri Pratt, U-M assistant professor of chemistry. “The composition tracks what you would see in the midlatitudes, off the coast of California during an algal bloom.”

Then, through collaboration with Andrew Ault, the Dow Corning Assistant Professor of Chemistry, the researchers used Raman microspectroscopy, which determines organic composition based on how molecules vibrate when excited by a laser. With this method, they were able to match the organic composition of the sea spray aerosol particles to marine compounds produced by sea ice algae and bacteria. 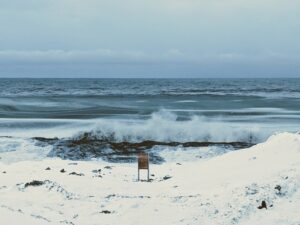 “Not only do we expect increasing sea spray aerosol emissions with more leads and greater open water area occurring during the winter, but in this study we also observed a unique chemical composition in the wintertime aerosols,” said lead author and recent doctoral graduate Rachel Kirpes. “There have been very few studies of aerosol composition in the Arctic winter, and this information is needed to better understand wintertime climate impacts like aerosol influence on cloud formation.”

Examining each particle in this way told the researchers that these aerosols were different from aerosols collected in the summer. The researchers found that the winter-collected particles had a thick organic coating composed of “exopolymeric substances”—substances that sea ice algae and bacteria produce that protect them from freezing. Samples collected in September, when the sea ice is now hundreds of miles away, did not have this kind of coating.

“The sea ice bacteria and algae are producing these cryoprotectant polymers so they don’t freeze. When air bubbles burst at the seawater surface, these exopolymeric substances coat the sea salt particles produced,” said Pratt, also an assistant professor of earth and environmental sciences.

Fingerprinting the aerosols also showed the researchers that the population of sea ice algae and bacteria is different in the summer versus the winter, Pratt said. More open water during the winter in the Arctic means the microbiology of those ocean waters is changing.

“Now, you’re opening up areas of water that weren’t open before. More sea spray aerosol is being produced, and it’s impacted by the changing microbiology,” Pratt said. “This impacts the atmosphere: these particles can then form cloud droplets, which impacts surface temperature and precipitation. You get a whole cycle where you’re connecting climate change, open water, and microbiology to the changing atmosphere.”