Data collected by NASA’s Parker Solar Probe bolsters theories previously put by University of Michigan researchers about one of the sun’s greatest mysteries—why its outer atmosphere is hotter than its fiery surface.

Two years ago, U-M engineers predicted when the probe would pass a constantly moving, invisible barrier in the sun’s upper atmosphere called the Alfven point. They also anticipated a strange phenomenon beyond that point, which heats elements to different temperatures.

Findings announced by NASA, contained in a trio of research papers, support the accuracy of both predictions. The data behind those studies expands what we know about the sun’s corona, helping hone predictive modeling to protect Earth’s power grid from potentially damaging solar activity—when the sun hurls gobs of its plasma at our planet.

“While we don’t know how the heating happens, we were able to predict where it happens, and now Parker Solar Probe has entered this zone of heating,” said Justin Kasper, U-M professor of climate and space sciences, a principal investigator for the Parker mission and first author of one of the papers appearing in Physical Review Letters.

“It’s hard to overstate how important this is for our understanding of space weather, as now we know the spacecraft will be able to see how heating happens in the corona. Imagine trying to predict weather patterns and finally being able to measure how the air is heating before a storm.”

Between the sun’s surface and it’s outer atmosphere, Alfven waves bounce back and forth. They’re like magnetized ocean waves, moving through the hot soup of ions and electrons that make up the sun’s atmosphere. At the outermost edge of this area, called the Alfven point, the solar wind moves faster than the speed of the waves. Beyond that point, Alfven waves can no longer travel back to the sun. 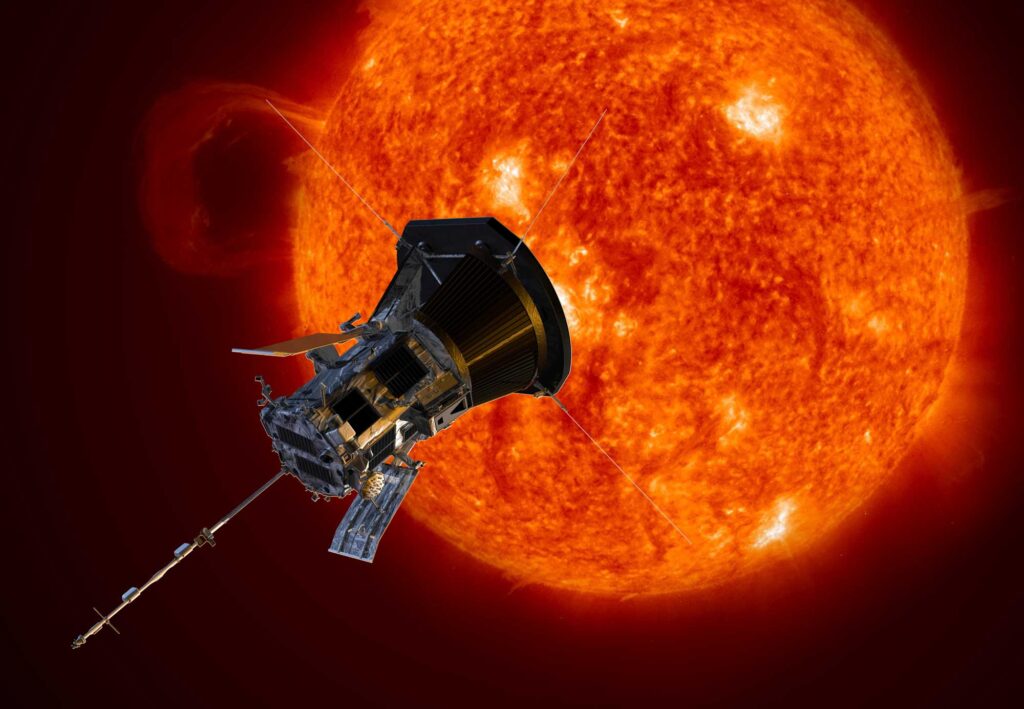 The Parker Solar Probe has collected the first data directly from the sun’s corona, revealing the location of an important point in the sun’s atmosphere. Its findings will help predict the impacts of solar weather. Image credit: NASA/Johns Hopkins APL/Steve Gribben

On April 28, 2021, Parker Solar Probe dropped below the Alfven point, swimming in the upper atmosphere for the first time for roughly five hours. It crossed the barrier at 13 million kilometers from the sun’s surface, or 18.6 solar radii. U-M researchers had predicted the probe would find the point somewhere between 10 to 50 solar radii from the surface.

In 2019, Kasper and Kristopher Klein, a former U-M postdoc now an assistant professor at the University of Arizona, tied the location of the Alfven point to what they called a “zone of preferential heating,” where the temperatures of individual elements rise exponentially, but to different levels. They predicted the zone’s edge would align with the moving Alfven point. 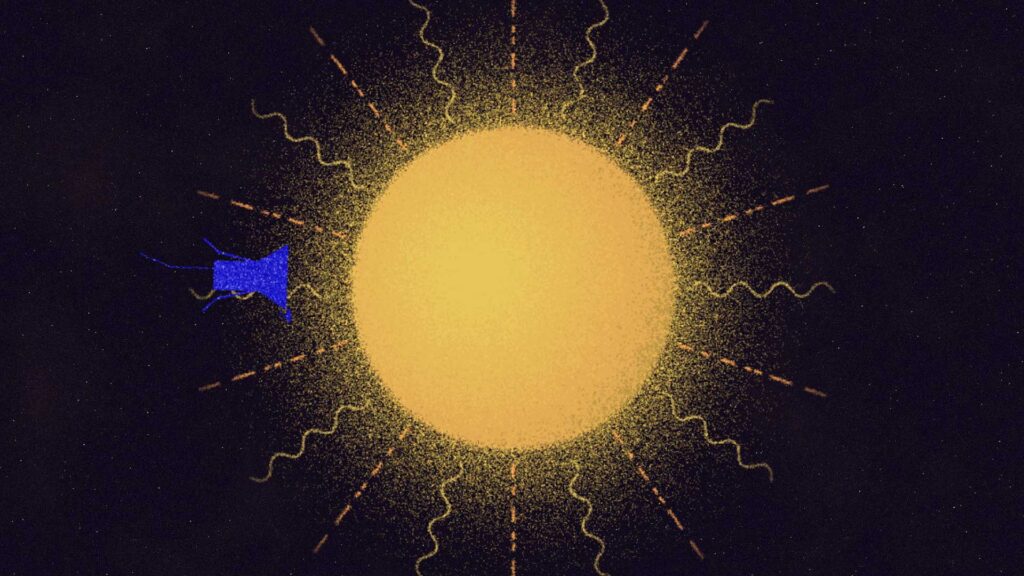 The Parker Solar Probe dips below the Alfven point, measuring the “zone of preferential heating” for the first time. Coinciding with the Alfven point, different elements are heated to different temperatures in this region of the sun’s outer atmosphere. (Not to scale.) Image credit: Levi Hutmacher, Michigan Engineering

To estimate how far from the sun’s surface the preferential heating stopped, the U-M team analyzed decades of observations of the solar wind by NASA’s Wind spacecraft. They also examined how helium is heated in the corona—the way its high temperature closer to the sun cooled on the way to Earth through collisions with ions in the solar wind.

Watching the helium temperature fall allowed them to measure the distance to the outer edge of the zone of preferential heating. Their projections for the zone’s boundary aligned with their estimation of the Alfven point.

Launched in August 2018, Parker Solar Probe is part of NASA’s Living With a Star program, created to explore aspects of the sun-Earth system that directly affect life and society.

“These local measurements will let us look for evidence of different exotic mechanisms that superheat the sun’s outer atmosphere, and either verify or disprove these theories that were based on remote observations,” said Klein, a co-author of the new paper. “Characterizing this heating is necessary to build a complete understanding of how energy is transported from our sun, moves through space and, eventually, impacts the near-Earth environment.”

The work was supported by NASA and STFC Ernest Rutherford Fellowship.