ANN ARBOR—Organisms carry long-term “memories” of their ancestral homelands that help them adapt to environmental change, according to a new study that involved raising chickens on the Tibetan Plateau and an adjacent lowland site.

The study provides new insights into how creatures adapt to changing environments, a topic that’s especially relevant today in the context of rapid climate change, which is creating challenges for plants and animals worldwide.

The chicken was domesticated from the red jungle fowl in South Asia and Southeast Asia at least 4,000 to 4,500 years ago. It was brought to the Tibetan Plateau by about 1,200 years ago, where it acquired high-altitude adaptations such as an increase in oxygen-carrying red blood cells. 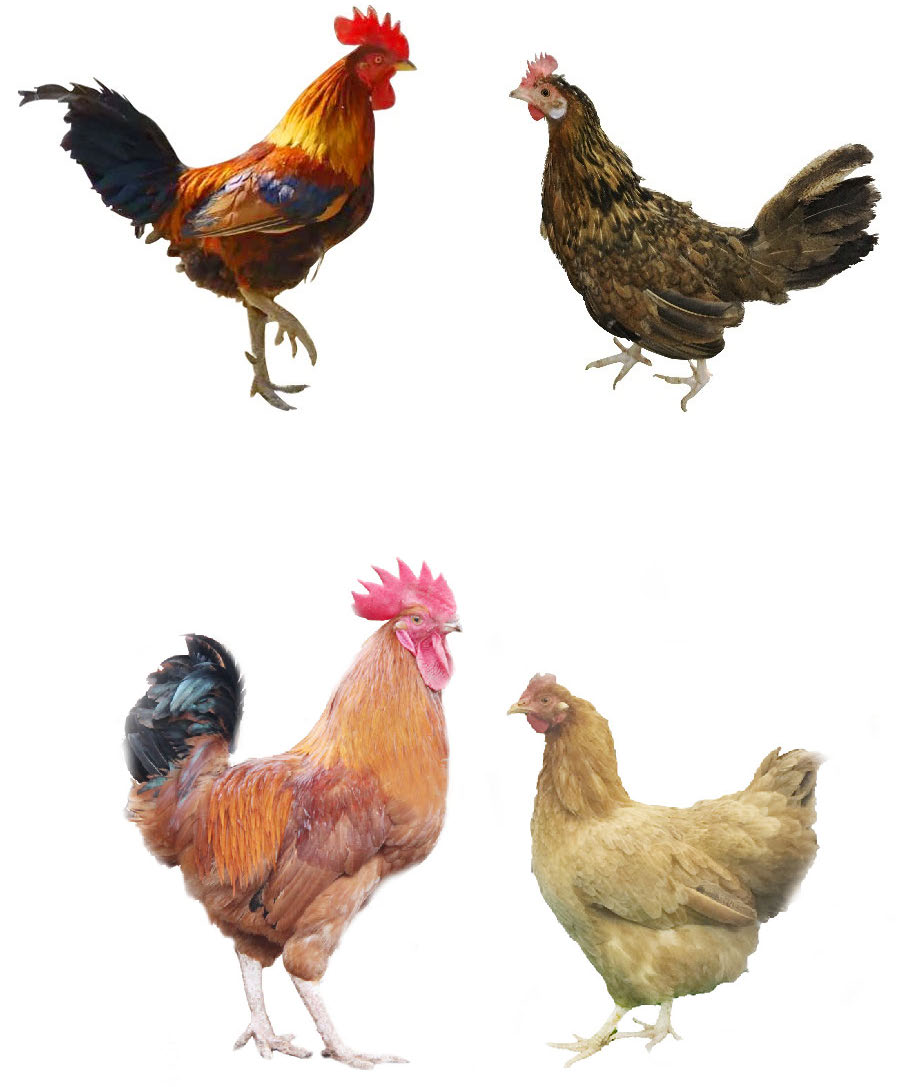 In a set of experiments by University of Michigan biologists and their Chinese colleagues, researchers hatched and reared hundreds of chickens on the Tibetan Plateau, at an elevation of nearly 11,000 feet, and at an adjacent lowland site in China’s Sichuan Province. Some of the eggs from lowland chickens were hatched on the plateau, and some high-altitude eggs were hatched at a site 2,200 feet above sea level.

The goal was to assess the relative contributions of two types of phenotypic change—meaning changes to an organism’s observable physical characteristics or traits—to the process of environmental adaptation. “Plastic” phenotypic changes involve altered gene activity but no rewriting of the genetic code in DNA molecules, while mutations cause altered gene activity by modifying the sequence of letters in the code itself.

Evolutionary biologists have debated the relative roles of plastic and mutation-induced changes in adaptation, and whether the former serve as stepping stones to the latter.

In the chicken study, researchers were specifically interested in how organisms readapt when reintroduced to ancestral environments. They found that plastic changes play a more prominent role when organisms return to an ancestral home than when they adapt to new environments.

“These findings reveal a mechanism by which past experience affects future evolution,” said Jianzhi Zhang, the study’s senior author and a professor in the U-M Department of Ecology and Evolutionary Biology.

“Our findings contribute to the recent debate on the relative roles of plastic and genetic changes in adaptation and reveal the importance of considering whether the environment is changing to a novel or ancestral one.”

The findings were published May 22 in the journal Science Advances.

To study the relative roles of plastic and DNA-sequence changes, the researchers looked at gene-expression differences between lowland and Tibetan chickens in five tissue types: brain, liver, lung, heart and muscle. To do that, they analyzed RNA transcriptomes from cells in those tissues.

The genome is made of DNA that contains the instructions needed to build an organism. For those instructions to be carried out, DNA must be read and transcribed into messenger RNA molecules.

By analyzing the entire collection of RNA sequences in a cell, known as the transcriptome, researchers can determine when and where genes are turned on and off. Gene-expression studies provide snapshots of actively expressed genes under various conditions.

Changes in gene activity alter an organism’s phenotype, which includes its morphology, behavior and physiology. The term phenotypic plasticity refers to environmentally induced phenotypic changes that do not involve genetic mutations.

In the chicken study, the researchers found that while many mutation-induced phenotypic changes were necessary when the animals first adapted to the Tibetan Plateau, plastic changes largely transformed the transcriptomes to the preferred state when Tibetan chickens were brought back to the lowland.

A similar result was seen with egg “hatchability,” the fraction of fertilized chicken eggs that hatched in the study.

The egg result suggests that adaptive mutational changes are needed when an organism is brought to an unfamiliar environment for the first time, while plastic changes will do the trick when those same creatures return to an ancestral home.

Zhang’s team also analyzed transcriptomes from previous studies of guppies and E. coli bacteria and found comparable results—regardless of whether the new environment was more stressful or less stressful than the ancestral environment.

“In summary, our work uncovers a phenomenon conserved from bacteria to vertebrates that organisms remember their ancestral environments in the form of phenotypic plasticity,” the authors wrote.

In addition to Zhang, authors of the Science Advances study are Wei-Chin Ho of U-M’s Department of Ecology and Evolutionary Biology, and Diyan Li and Qing Zhu of Sichuan Agricultural University.

The work was supported by the U.S. National Institutes of Health and the Sichuan Provincial Department of Science and Technology Program. The animal handling experiment was approved by the Institutional Animal Care and Use Committee of Sichuan Agricultural University under permit number YCS-B20100804.