ANN ARBOR—For every $100 a typical white family has in wealth, a typical black family has less than $10 in net worth.

The racial wealth gap looks more like a chasm as many African-American families have been and continue to be pushed toward the bottom of the wealth distribution, according to a new University of Michigan study.

Because of the United States’ history of racial inequality, discrimination and exclusion, including slavery and redlining, black children’s parents tend to have far less wealth than the parents of white children.

But racial inequality is not only a product of the past. Even comparing black and white children whose parents have similar wealth, black children are far more likely to wind up with less wealth of their own as adults, the research shows. 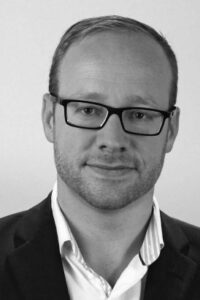 In a data visualization published by Socius, a journal of the American Sociological Association, the researchers used data from the Panel Study of Income Dynamics, a nationwide longitudinal study, to create animations that show how this racial wealth gap persists across generations. Due to data limitations, the researchers were only able to compare mobility rates for non-Hispanic blacks and non-Hispanic whites.

Using the animated flows of individuals between the wealth position of parents and their adult children, Pfeffer and Killewald show that the disadvantage of black families is a consequence both of wealth inequality in the parental generation and race differences in the transmission of wealth positions across generation.

We show that, although many children attain wealth levels that differ from those of their parents, the racial divide in the wealth structure is effectively maintained across generations.

“We show that, although many children attain wealth levels that differ from those of their parents, the racial divide in the wealth structure is effectively maintained across generations,” said Pfeffer, a faculty member at the U-M Institute for Social Research and Department of Sociology.

The extent to which racial gaps in household net worth persist depends on how many children reproduce the wealth position of their parents, how many move up and how many fall down.

A second animation puts the focus on the maintenance of the wealth structure across generations. It shows the overall wealth distribution of black and white families across two generations. In the parental generation, black families are concentrated at the bottom of the wealth distribution. This shows that black children’s prospects for wealth accumulation are harmed in part because of a legacy of disadvantage that makes them less likely to grow up in wealthy homes.

Although there is considerable intergenerational fluctuation in wealth positions, the wealth distribution in the offspring generation reveals similarly striking racial wealth gaps, in part because downward mobility across generations is more common for blacks. Racial inequality is therefore not only a thing of the past. Black children tend to have worse outcomes than their white peers, even when they start life with similar levels of parental wealth.

Those seeking to decrease today’s intense level of racial wealth inequality need to look at both the past and the present; structural racism has hampered the wealth attainment of minority households for a very long time and it continues to do so.

Across generations, the representation of blacks in the middle 20 percent of the wealth distribution increased from 8 to 15 percent and their overrepresentation in the bottom 20 percent of the wealth distribution decreased from 44 to 30 percent. But the overall visual impression, the researchers say, underlines the considerable stability of racial gaps in family wealth, despite the fact that 70 percent of white children and 62 percent of black children attain a wealth quintile different from their parents.

The results highlight that the vast inequality in wealth for blacks and whites is the result of both a legacy of disadvantage and discrimination as well as ongoing racial inequality in opportunities for wealth attainment, the researchers say.

“Those seeking to decrease today’s intense level of racial wealth inequality need to look at both the past and the present; structural racism has hampered the wealth attainment of minority households for a very long time and it continues to do so,” Pfeffer said.