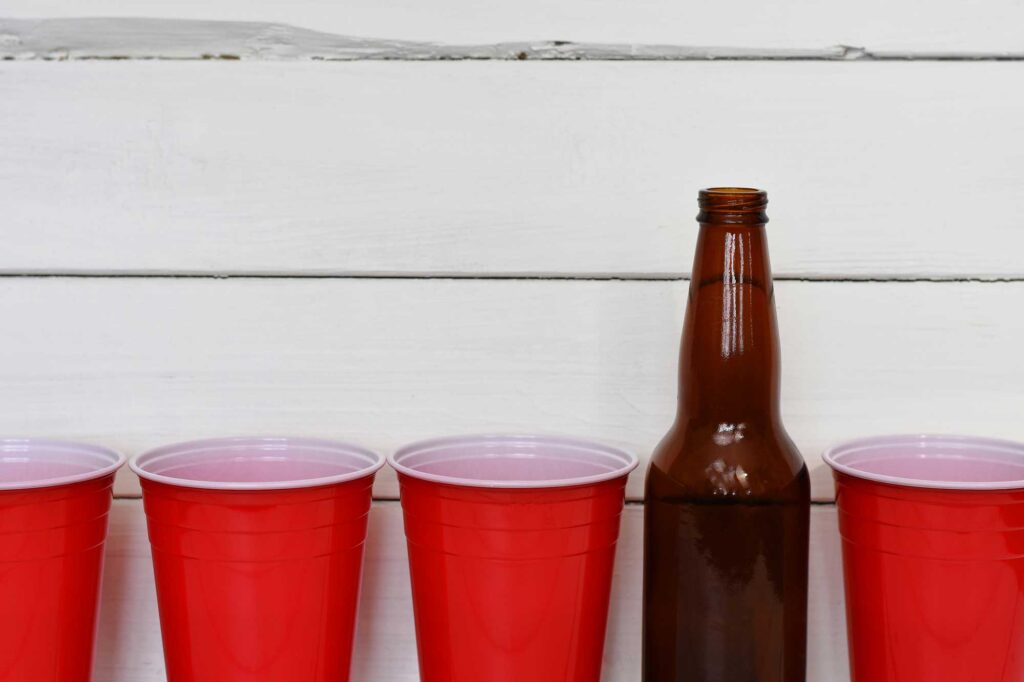 Over the course of the pandemic, anecdotes about soaring alcohol sales have abounded.

A new study shows that the frequency of drinking went up among those who used alcohol, even though the overall prevalence of drinking went down. The study, led by University of Michigan researcher Megan Patrick, used U.S. national Monitoring the Future data to examine historical rates of drinking, and the contexts in which drinking happened, between 2015 and the early months of the pandemic—April through November 2020.

Patrick, principal investigator of the Monitoring the Future Panel Study, found that the number of young and middle adults who engaged in drinking decreased with the pandemic, but the frequency of alcohol use among drinkers increased.

Similarly, among young adults, the overall percentage reporting any binge drinking in 2020 decreased, but among drinkers, the frequency of binge drinking increased. That is, drinking among the population decreased, but among drinkers, it increased. The reasons young adults drank also changed: more cited boredom and a need to alleviate tension as their reasons to drink.

“One of the reasons we worry about people drinking to relax and because they’re bored is because those are coping reasons for drinking, and we know that they’re related to risk for later problems,” said Patrick, a research professor in the Survey Research Center at the Institute for Social Research.

“That was why people were really concerned when alcohol sales were going up during the pandemic. Everyone was stressed, and there was concern that increased stress could lead to problematic patterns of drinking and we see some evidence of that.”

The study was published in the journal Social Science & Medicine.

U-M’s Monitoring the Future, a project funded by the National Institute on Drug Abuse, has surveyed nationally representative samples of 12th graders annually since 1976. From each sample, approximately 2,450 participants are selected for longitudinal follow-up. Each follow-up survey includes questions about the participants’ alcohol use.

For this study, Patrick and her colleagues used data from survey responses from 2015 through 2020, with 2020 data collected from April-November, just after the nationwide lockdown began.

The respondents fell into two age groups: young adults (19-30) and middle adults (35-55). They were asked about their overall alcohol use over the past 30 days; binge drinking (or how often they had five or more drinks in a row) in the past two weeks; and daily drinking (defined as 20 or more occasions in the last 30 days). Young adults also were asked about where and why they drank.

For young adults, the findings included:

For middle adults, the findings included:

The researchers underscore alcohol’s impact on people’s health, noting that age-adjusted rates of alcohol-related deaths among U.S. adults have been increasing historically, particularly during middle and later adulthood. Increases in alcohol use during the pandemic may exacerbate alcohol’s negative impact on illness and mortality among this age group.

“Our continuing data collection will allow us to see if these drinking patterns were unique to 2020 or if later phases of the pandemic show similar rates of and reasons for drinking,” Patrick said.

“If we only had data collected immediately before and after the pandemic, any behavior changes we saw could be due to age and developmental effects which we know occur during these life stages. But because MTF has surveyed people at the same ages for decades, we’re actually able to put these pandemic-related changes in historical context.”