ANN ARBOR—Tropical oceans teem with the dazzle and flash of colorful reef fishes and contain far more species than the cold ocean waters found at high latitudes. This well-known “latitudinal diversity gradient” is one of the most famous patterns in biology, and scientists have puzzled over its causes for more than 200 years.

One frequently advanced explanation is that warm reef environments serve as evolutionary hot spots for species formation. But a new study that analyzed the evolutionary relationships between more than 30,000 fish species concludes that the fastest rates of species formation have occurred at the highest latitudes and in the coldest ocean waters.

Over the past several million years, cool-water and polar ocean fishes formed new species twice as fast as the average species of tropical fish, according to the new study, which is scheduled for publication July 4 in the journal Nature. 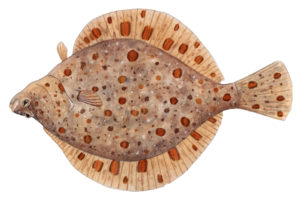 “These findings are both surprising and paradoxical,” said University of Michigan evolutionary biologist Daniel Rabosky, lead author of the study. “A number of hypotheses explain extreme tropical diversity as the result of faster rates of species formation, but it’s never been tested in fishes.

“Our results are counterintuitive and unexpected, because we find that speciation is actually fastest in the geographic regions with the lowest species richness.”

The authors admit they cannot fully explain their results, which are incompatible with the idea that the tropics serve as an evolutionary cradle for marine fish diversity. The findings also raise questions about whether the rapid cold-ocean speciation the team documented reflects a recent and ongoing expansion of marine diversity there.

Common sense suggests that a high rate of new species formation will eventually lead to impressive levels of biodiversity. But that depends on how many of the newly formed species survive and how many go extinct. And extinction rates could not be addressed through the methods used in the current study.

“The number of species you find in a region is largely a balance between the rate at which new species form and the rate at which extinction eliminates them,” Rabosky said. “The rapid speciation of fishes in cold, high-latitude oceans that we documented will only cause diversity to increase if it is generally higher than extinction. 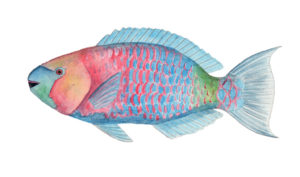 “Extinction is the missing piece of this puzzle, but it’s the most difficult thing to understand. We’re now using both fossils and new statistical tools to try to get a handle on what extinction might have been doing in both the polar regions and the tropics.”

In the study, Rabosky and colleagues from eight institutions tested the widely held assumption that species-formation rates are fastest in the tropics by examining the relationship between latitude, species richness and the rate of new species formation among marine fishes. They assembled a time-calibrated evolutionary tree of all 31,526 ray-finned fish species, then focused their analysis on marine species worldwide.

Genetic data were available for more than one-third of the fish species analyzed in the study, and the evolutionary tree was time-calibrated using a database of 139 fossil taxa.

An evolutionary tree, also known as a phylogenetic tree, is a branching diagram showing the inferred evolutionary relationships among various species. The tree assembled for this project is one of the largest time-calibrated phylogenetic trees ever created for any group of animals, according to Rabosky.

The researchers estimated geographic ranges for most of the marine fish species, including all species with genetic data. Then they used complex mathematical and statistical models to estimate the rates at which different groups of fishes split into new species. 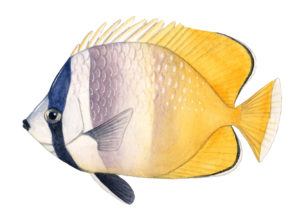 “The computational challenges for analyzing these types of data are pretty extreme,” said study co-author Michael Alfaro, an evolutionary biologist at the University of California, Los Angeles. The analyses in the study required the equivalent of thousands of desktop computers running continuously for many months, he said.

Some of the fastest rates of new species formation occurred in Antarctic icefish and their relatives. Other temperate and polar groups with exceptionally high speciation rates include snailfish, eelpouts and rockfish.

“The fact that coral reefs support many more fish species than polar regions despite these lower rates may have a lot to do with their long history of connectivity and ability to act as a refugia,” said co-author Peter Cowman of the Australia Research Council Centre of Excellence for Coral Reef Studies, and previously of Yale University. “Our research certainly paints coral reef diversity in a new light.”

“Who would have thought that you’d have these really explosive rates of species formation happening in the coldest Antarctic waters, where water is literally at the freezing point and fish like the icefish have to have all kinds of really crazy adaptations to live there, like special antifreeze proteins in their blood to keep it from freezing,” Rabosky said.

Rabosky is an associate professor in the U-M Department of Ecology and Evolutionary Biology and an associate curator at the U-M Museum of Zoology. 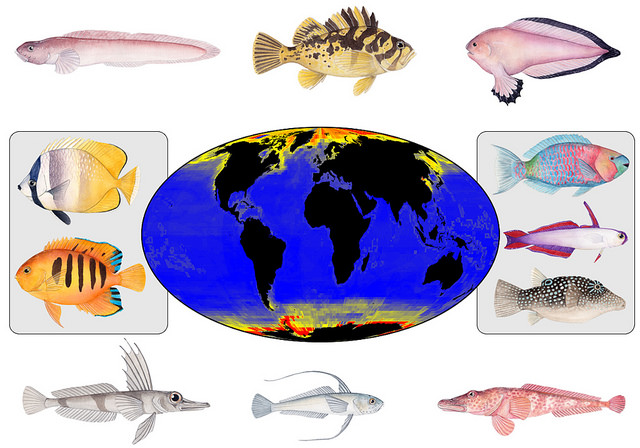 The authors of the Nature paper, in addition to Rabosky, Alfaro and Cowman, are U-M’s Jonathan Chang, Pascal Title and Matt Friedman; Lauren Sallan of the University of Pennsylvania; Kristin Kaschner of the University of Freiburg; Cristina Garilao of GEOMAR Helmholtz Centre for Ocean Research; Thomas Near of Yale University; and Marta Coll of the Institute of Marine Science in Barcelona, Spain.

The work was supported in part by grants from the National Science Foundation and by the David and Lucile Packard Foundation.