Play it again: People find comfort listening to the same songs over and over 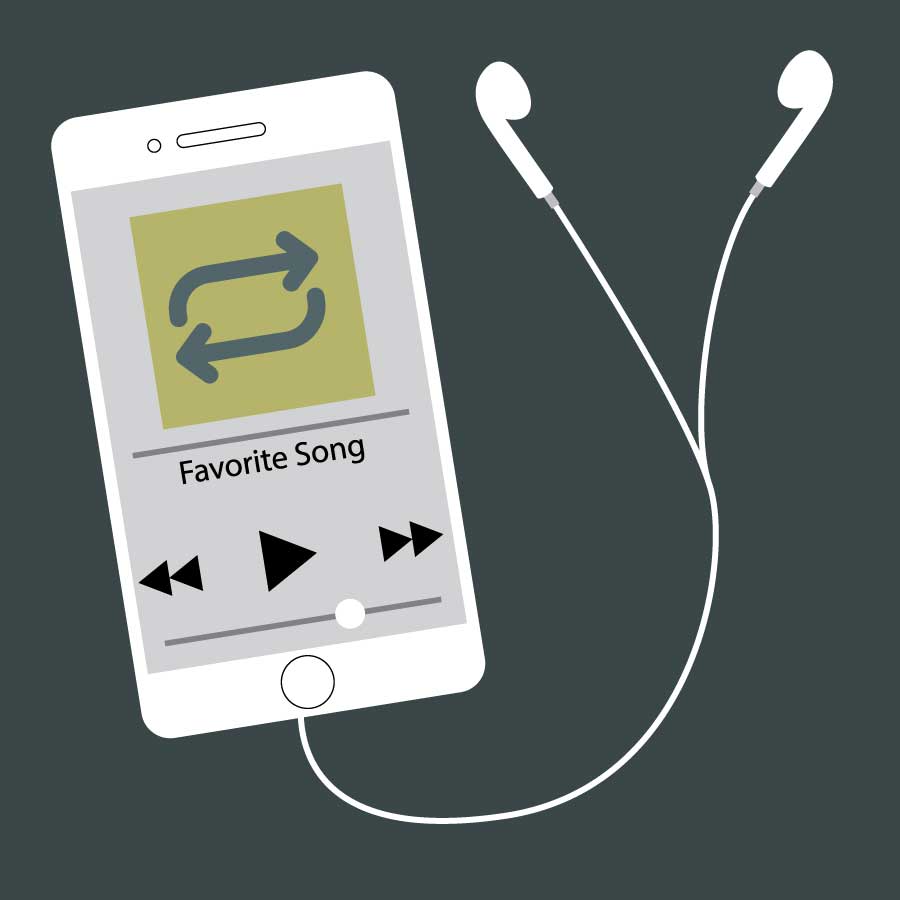 ANN ARBOR—With the frequency that some people play their favorite song, it’s a good thing vinyl records aren’t used often because they might wear out.

University of Michigan researchers have found that people enjoy replaying a favorite song many times even after the novelty and surprise are gone. In a new study, participants reported listening to their favorite song hundreds of times.

The mean among the sample was more than 300 times and this number was even larger for listeners who had a deep connection to the song—something that was particularly likely if they had mixed emotions, such as “bittersweet,” while listening.

The availability of digital music through streaming services and YouTube makes it easier than ever for people to listen to virtually any song any time.

“Niche listening may enable listeners to develop the kind of personally meaningful relationships with particular songs that allows their affection for those songs to persist across very large amounts of exposure,” said Frederick Conrad, professor of psychology and the study’s lead author.

The study’s 204 participants completed an online questionnaire in fall 2013 about their experience listening to their favorite song, including how it made them feel and the frequency with which they played the song. Although people’s favorites songs fell into 10 genre categories, they were mainly pop/rock songs.

About 86 percent of the participants reported listening to their favorite song daily or a few times weekly. Forty-three percent of those who listened to daily replayed the song at least three times a day. Sixty percent listened to the song multiple times consecutively and about 6 percent indicated they urgently wanted to hear the song before they played it.

“Clearly, these listeners were very engaged with these songs,” said Conrad, who directs the Michigan Program in Survey Methodology at the Institute for Social Research.

Jason Corey, associate professor of music and a co-author of the study, said certain features of the song were particularly important reasons why respondents listened many times. The most important features were the song’s “melody,” “beat/rhythm” and “lyrics.” For songs that made listeners happy, beat/rhythm was especially important for relistening.

Finally, the more times people listened to their favorite song, the more the listeners could hear it internally, the researchers said.

“Listeners…should be able to ‘hear’ large amounts of the song in their heads, potentially including all the instrumental and vocal sounds,” Conrad said.

In fact, the more times they listened to the song, the more of it they could hear in their heads.

The findings appear in Psychology of Music.