The scale of the exodus from Ukraine is unprecedented and Poland is the No. 1 destination for shelter for the refugees. The central European country faces its biggest humanitarian crisis since the Second World War.

More than 1.6 million people, so far, have entered Poland from Ukraine. The scale of the influx is such that in Warsaw alone, the number of refugees exceeds 10% of the city’s population, which is 1.8 million.

Brian Porter-Szucs, professor of history at the University of Michigan, says it’s easier for Ukrainians to go to Poland because they already have extensive ties there, thanks to long-standing patterns of labor migration. Moreover, the similarities between the two languages make it easier to communicate. 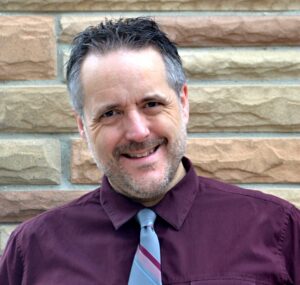 “Ukrainians can blend in much more easily than previous groups seeking aid in Poland,” Porter-Szucs said. “If you look at a Ukrainian and a Pole, you won’t be able to tell who is who, and this undeniably contributes to the willingness of Poles to help.

“Sadly, racial categories have played an unconscious but very real role in facilitating assistance for Ukrainians, even as it has been denied to those coming from outside Europe. Moreover, much of Ukraine was once part of the Polish-Lithuanian Republic, so the regions have a very long and intertwined history.”

Poland’s population has been steady at around 38 million since about the late ’80s. What does this wave of refugees mean to the country?

From the Polish perspective, this is, by far, the most extensive number of refugees the country has ever had to deal with. Nothing that even comes close. It wasn’t that long ago when Poles were emigrating to other countries. Only very recently has the government had to deal with immigration.

Over the past 20 or 30 years, Poland has become much wealthier than it had ever been in the past and, increasingly, people from around the world have started to seek refuge there. The overall numbers were still tiny prior to this month, but the process was beginning. Now, with the Ukrainian crisis, the floodgates have opened, presenting ordinary Poles and the Polish government with an unprecedented experience.

People across Poland have been showing solidarity with refugees from Ukraine. What is the actual situation on the Polish border?

A massive mobilization is happening. People from all over Poland (all over Europe, for that matter) have been driving down to the border to offer rides and host refugees. We’ve never seen anything like this. It got to the point where authorities had to say that there was no need for more volunteers because there were so many that they were creating traffic jams.

Thanks to emergency procedures introduced last week, Ukrainians are welcome to enter Poland even if they lack documentation. It’s quite an amazing turn because the current government in Poland has been extremely hostile to refugees prior to this. Just last fall, they declared martial law along their border with Belarus in order to block a few thousand refugees from Afghanistan, the Middle East and Africa. Reporters were banned from the border zone and locals were prohibited from helping any asylum seekers who did manage to cross. Even now, nonwhites who attempt to enter Ukraine are often turned away by border guards. Fortunately, those who do enter the country are usually met with hospitality and generosity from ordinary Poles.

Overall, it has been quite impressive. However, it is impossible to avoid the conclusion that Europeans are rallying to support the victims of this conflict because they see them as fellow Europeans, as “us” rather than “them.”

What happens if these newcomers stay when thinking of the medium and long terms? How long can Poland support them?

Poles are grappling with it right now. We’re talking about more than a million people, and a huge percentage of those are kids. Many will continue onward to seek refuge in the wealthier countries of Western Europe, but many—perhaps most—will stay in Poland.

In a move that we almost never see in cases like this, the public school system has been opened to Ukrainian children. There is a lot of debate about how to manage this, because even though the two languages are related, they are by no means the same, and the kids will not understand Polish instruction. There is a very underdeveloped infrastructure for teaching Polish as a second language, and teachers lack the training and the resources to deal with this situation. Some have suggested establishing separate schools for the refugees, but this is difficult because they are dispersed over the whole country. There are no large refugee camps similar to what we typically see in cases like this. Already we are hearing some backlash from parents who worry that the Ukrainian children will take resources that would have gone to their own kids.

The construction industry and the agriculture sector are other challenges Poles have to address. There were already a lot of Ukrainians in Poland working on construction sites, and migrant farm workers are also heavily Ukrainian. They played an essential part in the Polish economy. There is now some concern because nearly all of the male Ukrainians have returned home to fight. Suddenly, many construction projects are having to stop work because they’ve lost their staff.

The working-age share of the population has been shrinking in Poland, while the elderly population has been growing. The country desperately needs more workers over the medium and long term, so there is a painful irony here: If Ukraine is defeated and the refugees settle in Poland, it could be an enormous boost for the economy. Polish politicians have been reluctant to confront the fact that their country needs immigrants; the current tragedy in Ukraine could resolve that issue for them.

Should Poland then work on a set of proposals to redistribute the Ukrainian refugees together with the European Union countries?

In a perfect world, this would be a coordinated European project. Unfortunately, since 2015 the far-right, nationalistic Polish government has provoked conflicts with the EU. They have subordinated the judiciary to political oversight, attempted to crack down on the independent media, and spread the idea that the EU was threatening Polish sovereignty. Their violations of EU standards of judicial independence have led to sanctions: Currently, the funds they would have received from a massive COVID relief plan are being withheld. This makes cooperation between Brussels and Warsaw very difficult.

If a different government were in charge in Poland, I could easily imagine policies that would facilitate the integration of the refugees into Polish society. Let’s face it: A massive influx like this is always going to be a challenge, for any country. But a different government could launch publicity campaigns about the many ways in which the migrants will contribute to Polish society.

The unemployment rate is very low at the moment, so it would have been much easier than at other times to point out that a large population of working-age people will lead to economic growth. Politicians could be pointing out all the businesses that will be created to cater to the immigrant community. In order to emphasize that, more people means more jobs for everyone. Right now, public opinion about these matters is still unformed because this is a new experience for Poles. It should be possible to push that opinion in the right direction. Sadly, that is unlikely to happen.