Police: Sixth-leading cause of death for young Black men 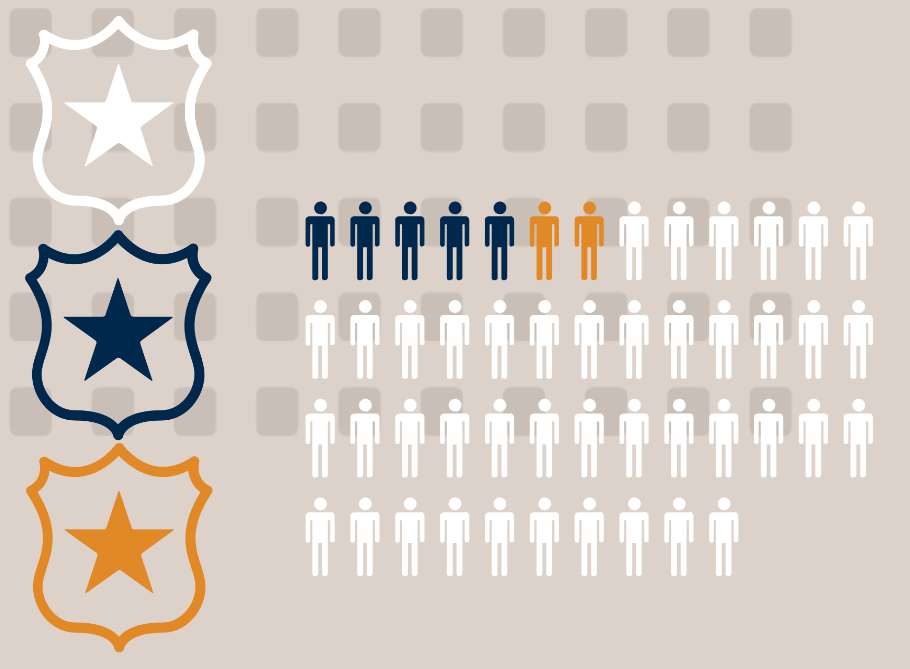 ANN ARBOR—For young men of color in the United States, police use-of-force is among the leading causes of death, according to a study from the University of Michigan, Rutgers University and Washington University.

Police use-of-force—which includes asphyxiation, beating, a chemical agent, a medical emergency, a Taser, or a gunshot—trails accidental death, suicide, other homicides, heart disease and cancer as a leading cause of death for young Black men, who have the highest risk of being killed by police.

“It’s a striking number,” said study co-author Michael Esposito, a postdoctoral researcher in the Survey Research Center at the U-M Institute for Social Research. “There have been arguments about how widespread of a problem this is. We didn’t have a good estimate about whether it’s a few cases that received a lot of media attention.

“This study shows us that police killings are deeply systematic, with race, gender and age patterning this excess cause of death.”

The study uses data from a database called Fatal Encounters, a journalist-led effort to document deaths involving police. Deaths are gathered and categorized using news reports and public records. The researchers focused on deaths that involved police use-of-force but did not consider other causes of death, such as vehicular collision, suicide, overdose or a fall.

“What motivated this study was a big gap in what was available in terms of basic estimates of how likely people are to be killed by police,” said lead author Frank Edwards, assistant professor at Rutgers’ School of Criminal Justice.

The Bureau of Justice Statistics keeps a database on arrest-related deaths, but the database relies on self-reported incidents from police departments, Edwards says.

Another governmental database, the National Vital Statistics Report, archived by the Centers for Disease Control and Prevention, tallies deaths related to legal intervention, but researchers have found that cases in which police are responsible for deaths are undercounted by about 50%.

The study also shows that other minority groups are at high risk for death by police use-of-force—in particular, American Indian/Alaska Native (55 per 100,000) and Latino (53 per 100,000) men and boys.

“Because a lot of our talk about this in public spaces is focused on Black men, we sometimes lose sight of other groups with elevated risk,” U-M’s Esposito said. “Conversations around who’s most at risk have to incorporate the diversity and intersectionality highlighted in this study, fleshing out our narratives of why individuals with particular social traits have more or less exposure to police violence.”

For the study, the researchers did not include deaths that occurred because of car chases or accidents. Had they, risk of death for all groups of women would have doubled.

“I think that our results really underscore that police killings are a lot more common than we might have imagined,” said study co-author Hedwig Lee, professor of sociology at Washington University in St. Louis. “Our work also provides more evidence that people of color, particularly African American men and women, but also American/Indian and Alaska Native women are at risk.”

Now that these risks have been documented, researchers’ next task is to get a better understanding of what drives these patterns, Lee says.